After much debate on another website that seems like it took place ages ago, the identity of the mysterious PAC-12 team Texas Tech was rumored to have scheduled has finally been revealed.

Your Texas Tech Red Raiders will be playing the Arizona Wildcats in Tuscon in 2019 and at home in Lubbock in 2020. This will complete Tech’s Copper State Two-Step after a home-and-home series with former Holiday Bowl foe Arizona State in ’16/’17, and joins a so-far stellar slate of Big 12 OOC games in 2019:

While possibly not as “glamorous” as other potential PAC-12 teams we thought we could have faced, Red Raiders should have every reason to be excited about this match-up. The PAC-12 has compiled a fantastic assortment of coaches as of late, and Rich Rodriguez’s system finally seems to be taking full root out in the desert. While it’s hard to project 4 seasons into the future, it would be hard not to be excited in Tuscon after a pretty successful 2014 campaign that included a win over future College Football Championship contender Oregon and an appearance in the PAC-12 title game (where they happened to lose to the same Duck team).

While it has been relatively easy to overlook Rich Rod due to his tenure at Michigan, he looks to be catching the stride he found at West Virginia again and there’s no reason to think that this trend won’t continue. If current coaching holds steady (ha!), college football fans can be looking forward to quite the offensive extravaganza over the series, with Kliff’s pass heavy Air Raid up against a Rich Rod run-oriented spread offense (which, I suspect & hope, Kliff wouldn’t mind mimicking a bit as he continues to establish his system).

Let’s just hope the aim of Arizona’s 2019 QB is the same as some of their fans. 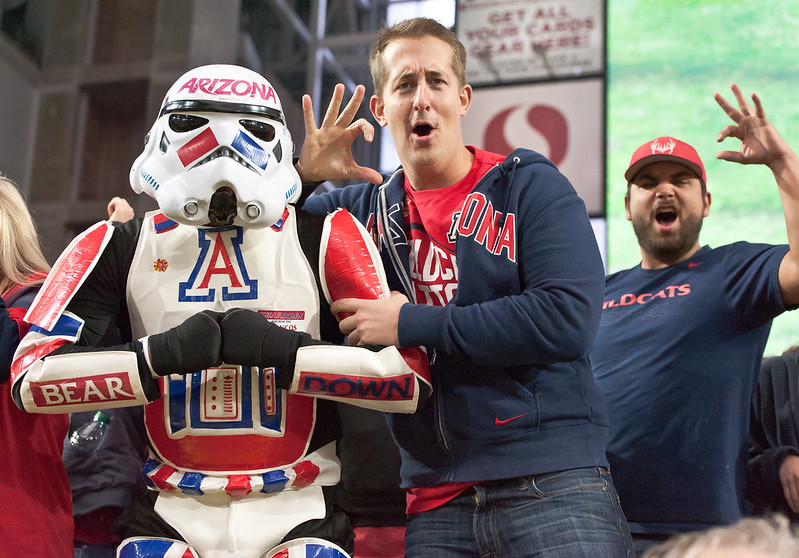