Travis is moving to Boston!

Seth: Since there was no game this week, I thought I might get your two cents on two different items: 1) Anything catch your eye from a Big 12 perspective this week? 2) Any thoughts on how Eastern Washington was clobbered by North Dakota state and Arizona State lost at home to San Diego?

Travis: I think that Baylor is really, really bad and Oklahoma is really, really good. We like to give Mayfield a hard time but he’s a tough kid and a gamer. I don’t know if I’ve ever seen someone who feeds off of negative energy as well as he does. It’s almost like he needs it to survive, but it definitely works for him.

I didn’t see much else over the weekend, but I’m cautiously optimistic knowing how ASU struggled. Of course, it’s easy to be concerned about EWU’s loss, but that North Dakota team is legit, and has been for a long time.

I stayed up until almost 2am Saturday night/Sunday morning watching Washington St. come back to win in OT over Boise. For all his flaws, Leach’s teams are always so much fun to watch.

How about you? What stood out for you last weekend?

Seth: Agreed about Baylor and Oklahoma. I watched most of the Oklahoma and Ohio State game and came away very impressed with the athletes that OU has on defense and the young receivers definitely stepped up for OU. That was going to be a problem for the Sooners, but that may not be the case. I also watched a bit of TCU and Arkansas and the Razorback fans really don’t like Bert right now, but his buyout is way too high, like $7.9 million or something crazy. I get the feeling that TCU may be a bit better, but I still won’t trust Hill fully. He won on the road and that’s huge for them, but he’ll have some moments.

Seth: This leads me into my weekend, which I was sick for the most part (I still ran 7 miles, but I did have to blow my nose and fling whatever came out on the grass). My wife says that I’m obsessed and she’s probably right. I figured that since it was just stuff like drainage, running was probably good for me. I do have two ailments, one is runner’s knee, which I’m working on form to correct that and the other is where the top of my foot hurts. None of this stuff really hurts when I run, which is the odd thing, but it does hurt when I get done and by the time that Saturday or Sunday rolls around, whatever discomfort has subsided. And it doesn’t really affect me doing other stuff, like playing soccer with the kids, which we did this weekend. Other than watch some football in the evening and play with the kids and run, I worked for the first half of Sunday to try to get ahead this week. Anything fun this weekend?

Travis: My wife started working out a few months ago so I finally decided I needed to start doing something. There’s a great wilderness park behind our house with a ton of trails and some challenging elevation changes. I hiked about five miles on Saturday afternoon and hopefully can get into a good routine. 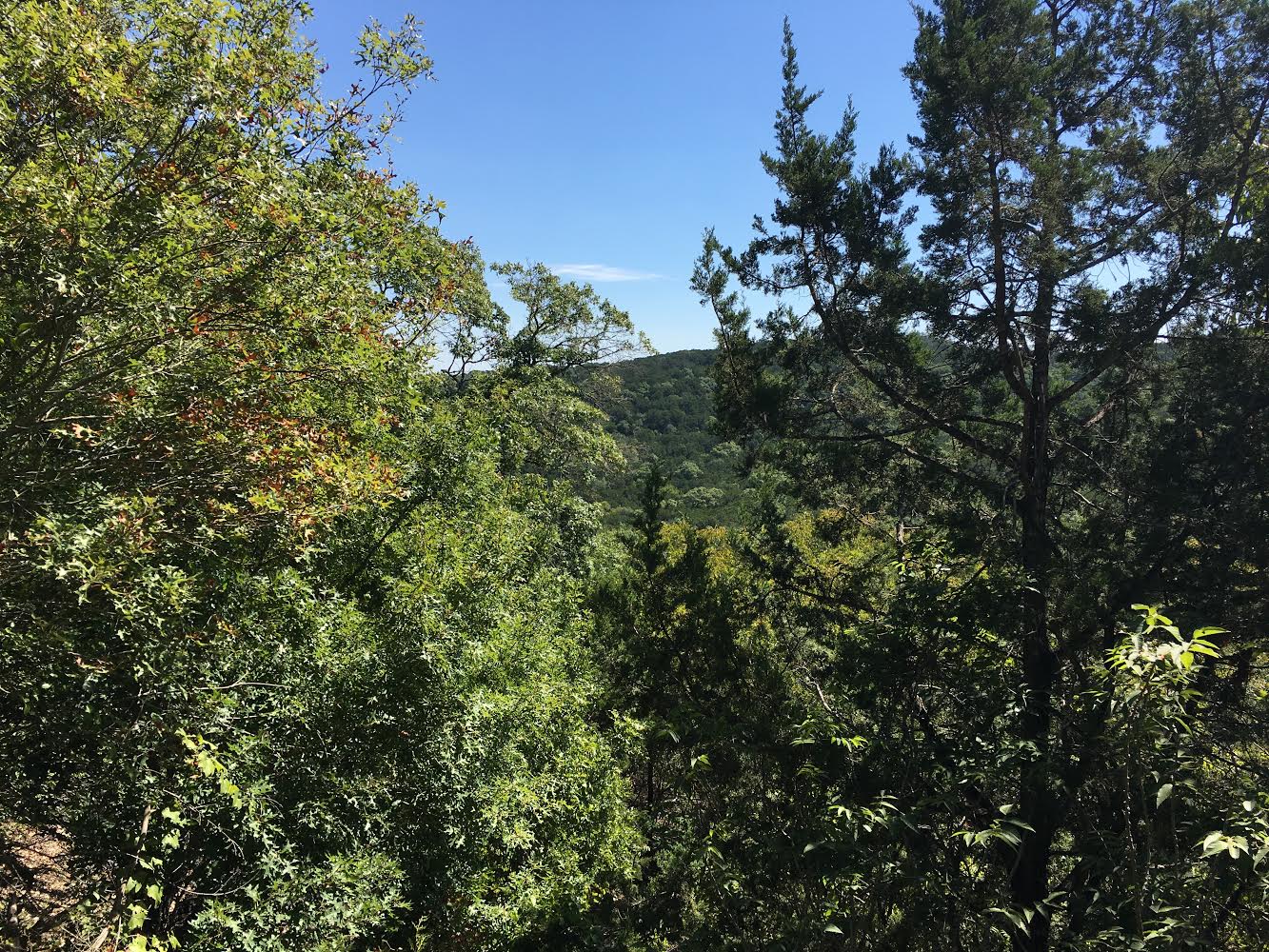 On Sunday, Claire had her first fall league basketball game and when we got home, we found a recruiting letter from the Harvard basketball coach, so we were all ecstatic. She’s starting her junior year, so it looks like we are heading into new, uncharted territory with this recruiting thing.

Seth: Harvard? They’re gonna love you in Boston when you and Claire are roomies.

And whoa, you’ve been hiding this from me the entire time? (The *this* in this question is in reference to that gorgeous wilderness area.) #blessed

Travis: I’ve already told her that we’re moving to wherever she goes and I don’t think she’s too excited about that. I did tweet about it on Sunday but it might’ve been a time you had me muted to avoid another Bob Seger rant.

The Best Thing Ever.

Seth: As you might expect, I have a go-to pen because I like to live on the wild side and my absolute favorite pen is the Pilot V5rt. It’s a glorious writing instrument and comes in the four colors I use at work (Yes, I color code my work day, green is for communicating with a client, whether it be a conference, phone call or email, blue is for actual work where I’m typing away at the computer, red is for down time when I’m not working and black is for filling in the gaps with information about what I’m doing.).

Travis: The best thing ever this week is a video I came across showing you how to charge your phone with a 9v battery. I was skeptical about it, but the boys and I tried it during magic hour (yes, we have a magic hour where I usually just pull stuff out of their ears) and it works!

Travis: So for the random top 5 this week, what are the top five athletes you ever saw compete in person?

Travis: So I’m thinking we see a much improved defense this weekend and Tech gets a win over ASU. Are you thinking the same?

Seth: I’m predicting a double-digit win for Texas Tech. Things seem to be moving in the right direction this week as Texas Tech seems to have an advantage over ASU’s defense in both the passing and running game. I think the biggest worry is the ASU quarterback and keeping him contained.

So I’m thinking we see a much improved defense this weekend and Tech gets a win over ASU.