Getting the heck out of Lawrence is the American dream.

Seth: You were at the game this week, from entrance to hopefully final whistle. Let’s get to the game and then maybe tackle some of the sights and sounds in Suburban Gangsters? General thoughts of the game and how Texas Tech played?

Travis: It was a great weekend all around. We went to Lubbock with my buddy Keith and his family because his oldest daughter started at Tech in the fall. I was extremely pleased with the resilience Tech showed all game long. There were multiple times they could’ve folded and got blown out, but they refused. Oklahoma State is one of the best teams in the country, and Tech matched them blow for blow. The end result was a disappointment, but I was extremely proud of the effort. What about you? What was your gut reaction?

Seth: Yeah, I feel similar, the end result wasn’t great and it was really tough for the offense, from Shimonek to Cantrell to Willies and Batson, just being unable to get it done offensively. I wrote after the game that they got it done against Arizona State and that’s a trait that’s incredibly difficult to master. But the team was right there and Oklahoma State is a perennially a top 15 program over the past few years. I think that most Oklahoma State fans would agree that Texas Tech does look like a better team and I still believe that they are a better team than they were a year ago.

I also think that maybe this was a bit of a wake-up call for Shimonek, not that he has or did play poorly, but that he’s going to have to adjust on the fly sometimes and that’s another trait that’s difficult to learn on the sidelines.

Seth: Anything that you took away from traveling with the family to Lubbock? I took the boys to Lubbock against Arizona State with friends who also took their sons. An RV was rented and most of us stayed and slept there, which Fits and Yo absolutely loved. The atmosphere for a college game is unmatched. The worst part of the game was that it was delayed for an hour because of the rain so that meant a really late night for my kids and they get grumpy when they don’t get a ton of sleep.

I thought the campus looked great. We walked from the parking lot where the RV’s are all the way to University and went in a few bookstores and grabbed some lunch. The new Indoor Practice Facility looks pretty terrific as a back-drop. I like how they have lit up the IPF with red lights. It certainly adds a nice touch.

Travis: We don’t get a chance to go up there as often as I’d like so it was great to spend a little time in Lubbock. We wanted to give Keith and his family a taste of the city, so we tried to spend time in places unique to Lubbock. Met some friends for dinner on Friday at Orlando’s, hit Evie Mae’s on Saturday and then took the boys to Ralph’s Records to look at KISS albums. 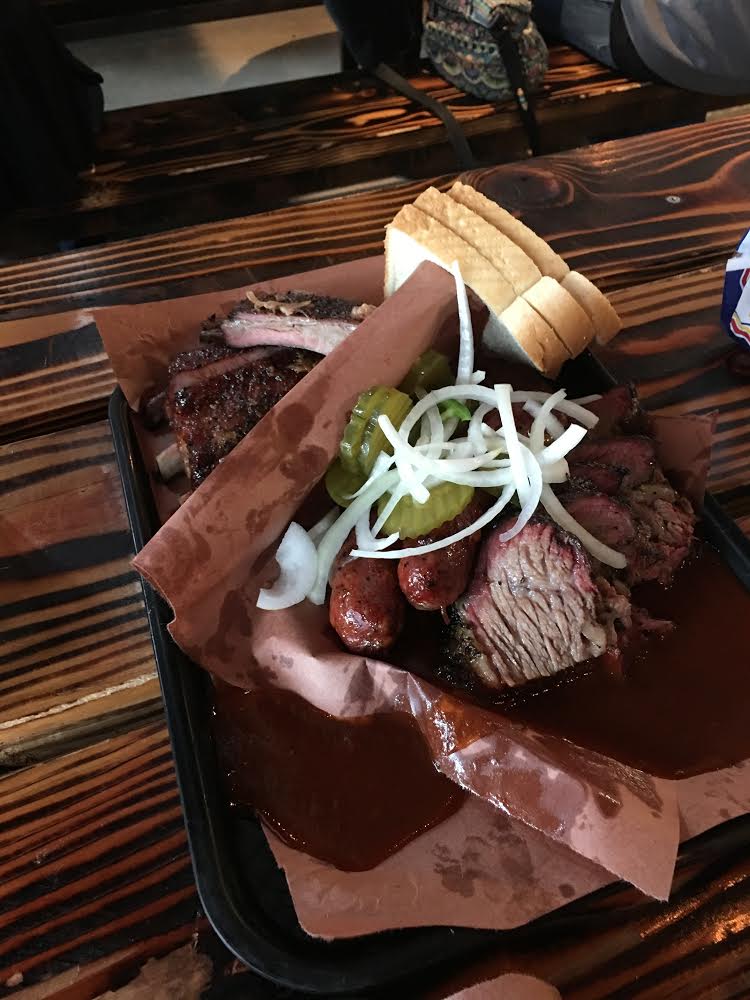 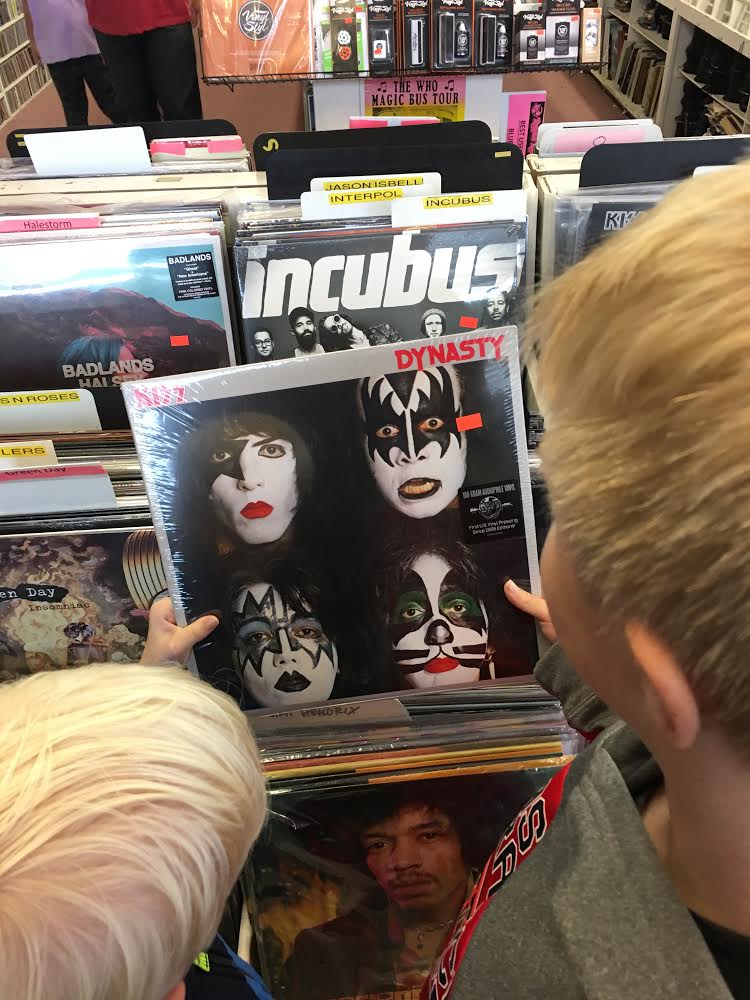 I bought him a couple bags of Mamarita’s chips and then I took him and the boys out to New Deal to see my old school. 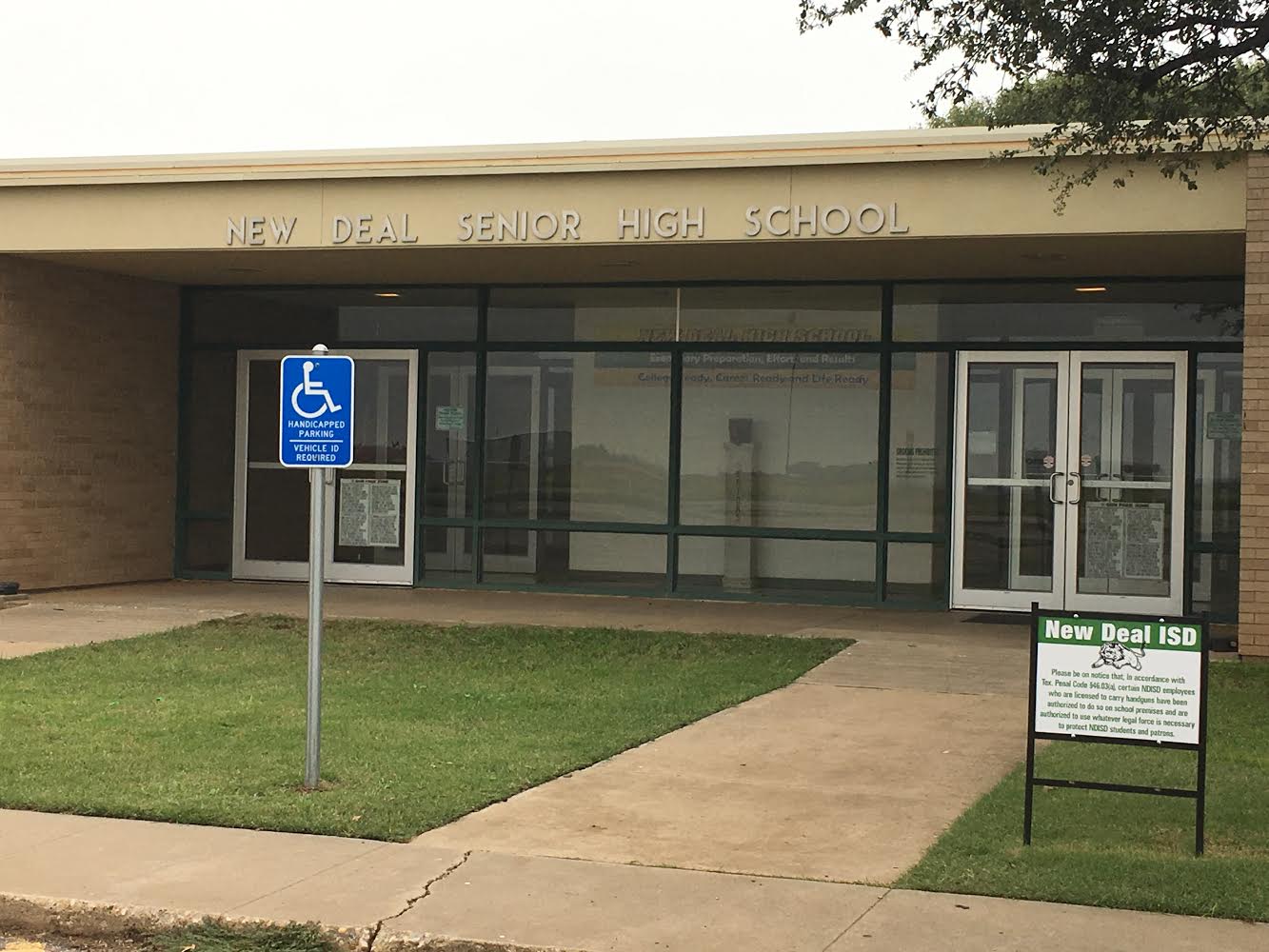 Then we headed out to tailgate.

We parked near Wall Hall and walked across campus past where the band was warming up and the library.

We got to our seats early enough to see the player’s entrance and just tried to soak it all in. All in all it was a great weekend.

Travis: So I desperately hate 11am starts and we’re stuck with another one. Do you think Tech can overcome the anticipated slow start and handle KU?

Seth: This is something that I’m writing about in the 7 Points preview, but I’ll expand it here. I think / hope that things are a bit different with Shimonek at the helm and the thought / hope that Shimonek drives players a bit more, being the guy that pushes the pedal. He knows he wasn’t good enough and with his time being so limited, I think he’s completely comfortable pushing the players to not only be ready to play, but to be ready to whip some tail. I get the impression that Shimonek is highly motivated, especially after what was probably not his best game.

What about you, how do you see Saturday’s game playing out? Does Texas Tech come out flat or motivated on Saturday morning?

Travis: History tells us that it will be a sloppy game with a frustratingly slow start, but I’ll go out on a limb and say Tech plays sharp. Chris Level kept mentioning this game last week when discussing the OSU game and he’s as plugged in as anybody. I think that Kingsbury knows how important it is to get a win on Saturday so he won’t leave anything on the table.

Travis: I’ve been fooling around with the iMovie function on my phone recently, and am amazed at how easy it is. My wife and I have been bad about documenting trips and key moments in the kid’s lives, so I think I’m going to take charge and start making more home movies with my phone. It’s the best thing ever for me this week. Here’s a video I made of Claire’s summer workouts, and it only took me about 30 minutes to make. Super easy.

Seth: Those are awesome highlights and you’ve got to be so proud of her and what she’s accomplished, as you say, it’s mainly through her own hard work that she’s done what she’s done.

Your best thing ever this week certainly beats my best thing ever this week, but here goes. The family is going to San Diego on Saturday to see my sister and her family. And I bought this bag when we traveled to Ethiopia the first time to meet Fitsum and I can say that it’s a terrific bag and I pretty much take it everywhere I travel. I can fit a week’s worth of clothes in it and it’s absolutely carry-on compliant and because I have short legs, I can even fit it under my seat in a pinch.

Seth: With the untimely passing of Tom Petty, let’s get your top five Tom Petty songs. The most amazing thing about Petty is how he spanned so many generations. Here’s mine.

Travis: I’ve been watching a Netflix Doc on Petty this week and he’s just one of those guys that has so many songs that you forget he even sang them. “Oh yeah, that’s a Tom Petty song,” is one of those things all of us have said to ourselves this week. Ranking a top five is hard to do, but I’ll give it a shot.
1. American Girl
2. You Got Lucky
3. It’s Good to be King
4. Free Fallin’
5. Mary Jane’s Last Dance

Travis: So I’m thinking Tech plays well Saturday morning and wins something like 35-21. You?

Seth: I’m pretty much there as well. The current line (as of Thursday night) is about 16 points. Someone has sent me some stats that says that Texas Tech doesn’t cover early in the morning, so maybe take Kansas and the points, but I think Texas Tech is better than a a 14 point win over Kansas. Maybe they should be. Just as long as they get the win and get the heck out of Lawrence.

Travis: Getting the heck out of Lawrence is the American dream.