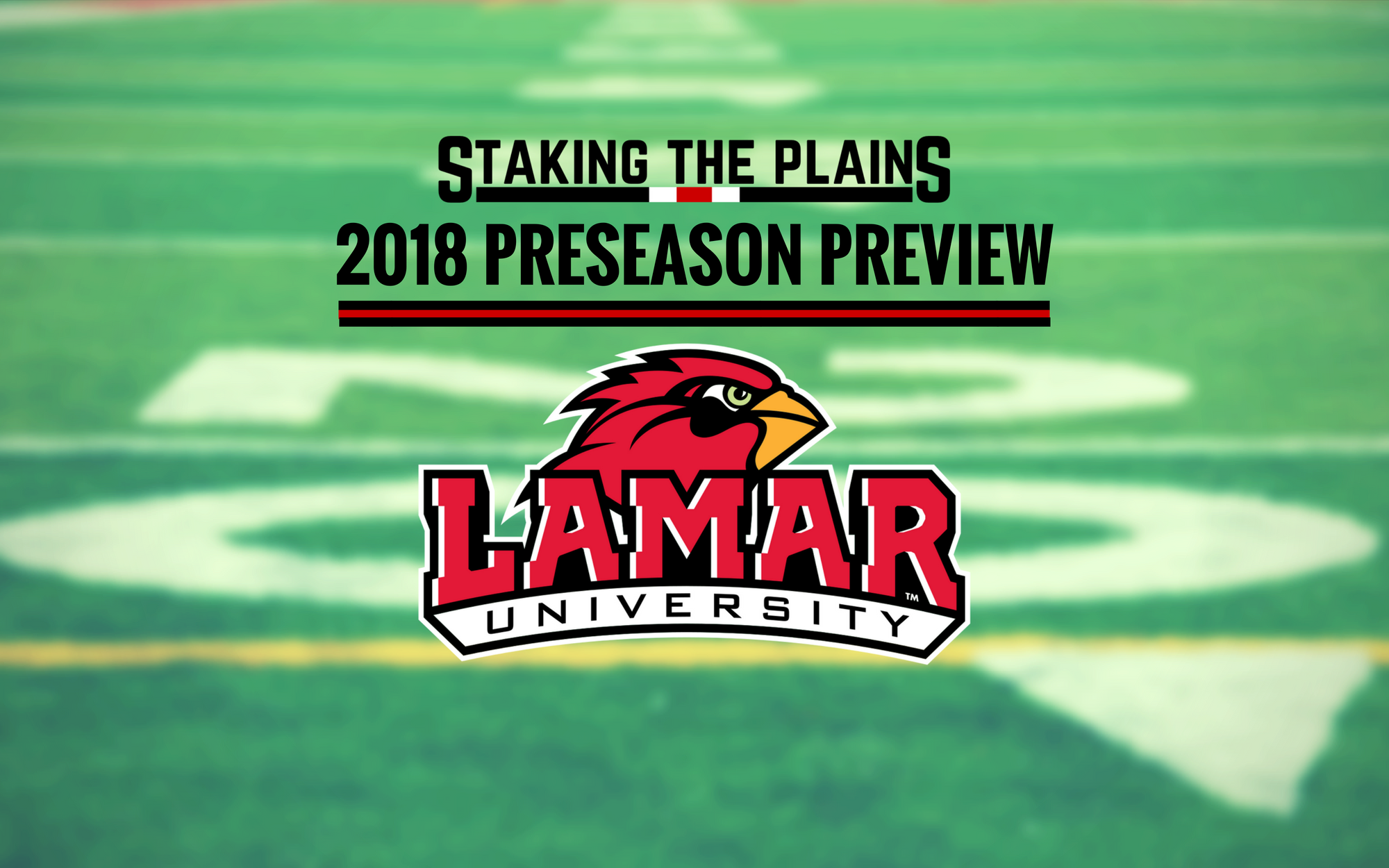 We preview the Lamar Cardinals, Texas Tech’s second game of the year.

RB Kendrick King (5-10/174): King is the team’s leading rusher, but not by that much, gaining 396 yards on 102 carries with 3 touchdowns for about 32 yards a game last year. On top of that, King had 23 catches for 225 yards and a touchdown, about 20 receiving yards per game. You’re probably thinking that this isn’t all that impressive and yes, you are correct, but this is what happens when you are 2-9 for the year, not exactly impressive stats. RB Myles Wanza (5-9/1976) is more explosive as a running back, so if there was a change-up, it would seem that Wanza is that guy.

QB Darrel Colbert, Jr. (5-11/222): Colbert, an SMU transfer, was one of three quarterbacks that saw time last year, but the other two have apparently graduated. It would appear that the job would be his to lose. Colbert was 82 of 153 last year for 96 passing yards a game, completing 54% of his passes, throwing 8 touchdowns and 7 interceptions. This was in just 6 games as he was injured last year. I think that if Colbert falters, you’ll see Old Dominion transfer Jordan Hoy (6-1/195) who looked good in the spring and also has some wheels.

LB Chaston Brooks (6-1/215): Brooks was the leading tackler last year, amassing 78 tackles, 5.5 tackles for a loss, 1 sack, 1 interception, and 3 quarterback hurries. There weren’t a ton of splash plays for Lamar overall (again, see the record) and Chaston looks to be the best defender on the team.

DE Daniel Crosley (6-1/240): You could probably argue about who is the next best player, but I’m going with Crosley because there just aren’t a lot of guys who make plays and Crosley does make plays. You could probably make the case that Nate Jones should be in this group as he had 6 picks last year, but he’s either graduated or gone. So Crosley is your guy, who had 43 tackles, 8.5 tackles for a loss, 4 sacks and 4 quarterback hurries. Crosley has a brother, David, who also plays defensive end and he finished the year with 50 tackles, so the Crosley brothers are two of the team’s best defenders.

Mike Schultz is the head coach and he’s had a very long career, tarting in 1979 as the quarterbacks and running backs coach for Sam Houston. His bio for Lamar really emphasizes his time as the offensive coordinator at TCU, which he did for 9 years, essentially when Dennis Franchionne left for Alabama, Gary Patterson was elevated to head coach and Schultz was elevated to offensive coordinator. This was his greatest achievement, where he coached LaDainian Toomlinson and Andy Dalton, so this is his greatest selling point. After his TCU stint, Schultz went to Illinois to work for Ron Zook (not exactly a great choice there), then went to Middle Tennessee State for a year and finally landed back at Texas State with Franchionne as the offensive coordinator, where the Bobcats had mild success. Schultz was hired in 2016 by Lamar and he’s only coached the 2017 season, hence the 2-8 record.

Unfortunately there are none for FCS programs.

In 2017, Schultz brought in 57 new players, so this team was one that was very young and probably pretty inexperienced. I thought that this was pretty neat, they had the upperclassmen identify underclassmen or new players that have impressed and to that list is the aforementioned RB Wanza, DE Cameron Houston, WR Kirkland Banks, DB Andre Mulinax, OL Stephon Cooper, LB Abel Daily, DB Stanley Norman and QB Hoy. Banks is probably the team’s best receiver and he only had 32 receptions. Norman is originally an Arizona State signee that found his way to a junior college and then to Lamar.

This should be a pretty easy game for Texas Tech and I’d think the line is in the neighborhood of 30. There have been some decent FCS teams come through Lubbock, but Lamar isn’t one of them, at least right now. Again, they were pretty young and maybe with a healthy quarterback, and playing so many young players, their improvement will be more significant than other teams. I’d be hesitant to think that happens, but that’s what I’m thinking.