On to the Mountaineers. 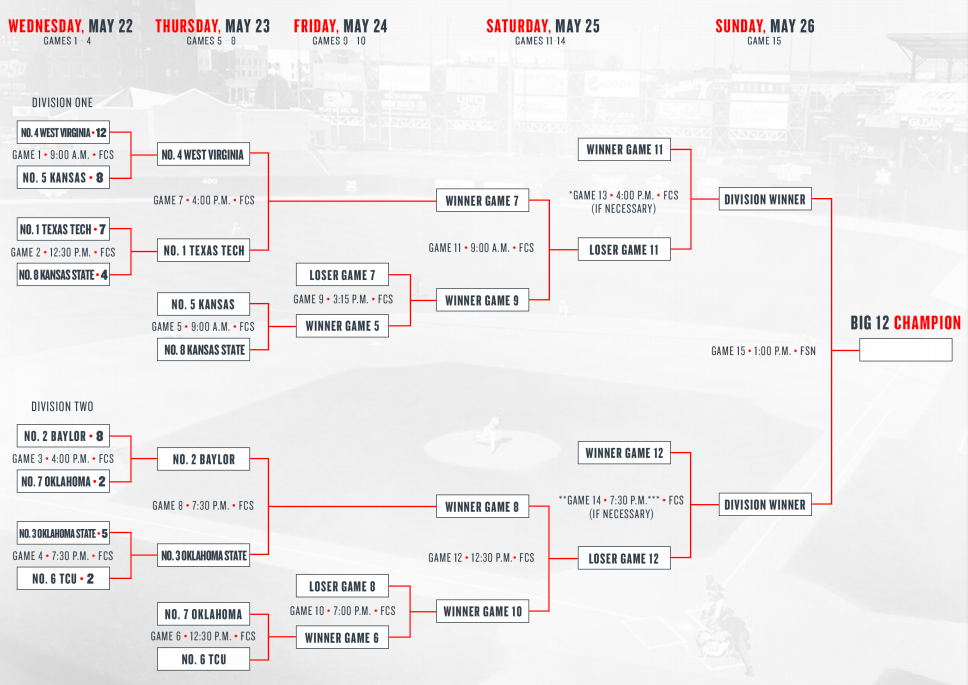 West Virginia baseball coach Randy Mazey saved his best arm, presumably to use against top-seeded Texas Tech in a higher-stakes game at the Big 12 tournament.

So for the second time in a week, the Red Raiders will face a pitcher projected to go high in the first round of next month’s Major League draft.

Tech beat No. 8 seed Kansas State 7-4 in its first-round game Wednesday at Bricktown Ballpark, setting up a winners’ bracket final at 4 p.m. Thursday against West Virginia and Alek Manoah. When the two teams met last month in Morgantown, the Mountaineers’ ace threw a 2-0 shutout, a four-hitter with no walks and a career-high 15 strikeouts.

“We’ve seen him once,” Tech shortstop Josh Jung said, “so it’s our time to get him back for (dominating) us last time.”