The long-awaited and deeply anticipated 2021 football schedule has been released for Texas Tech.

Looks like 12-0 from my point of view. The home games are SFA, Florida International, TCU, Kansas State, Iowa State, and Oklahoma State, while the away games are Houston, Texas, West Virginia, Kansas, Oklahoma, and Baylor. Maybe the toughest stretch is the Oklahoma, Iowa State, and Oklahoma State games, but there is a bye between Oklahoma and Iowa State. Not a huge fan of playing on the road with the second back-to-back game being West Virginia, but that would appear to be the other tough stretch. 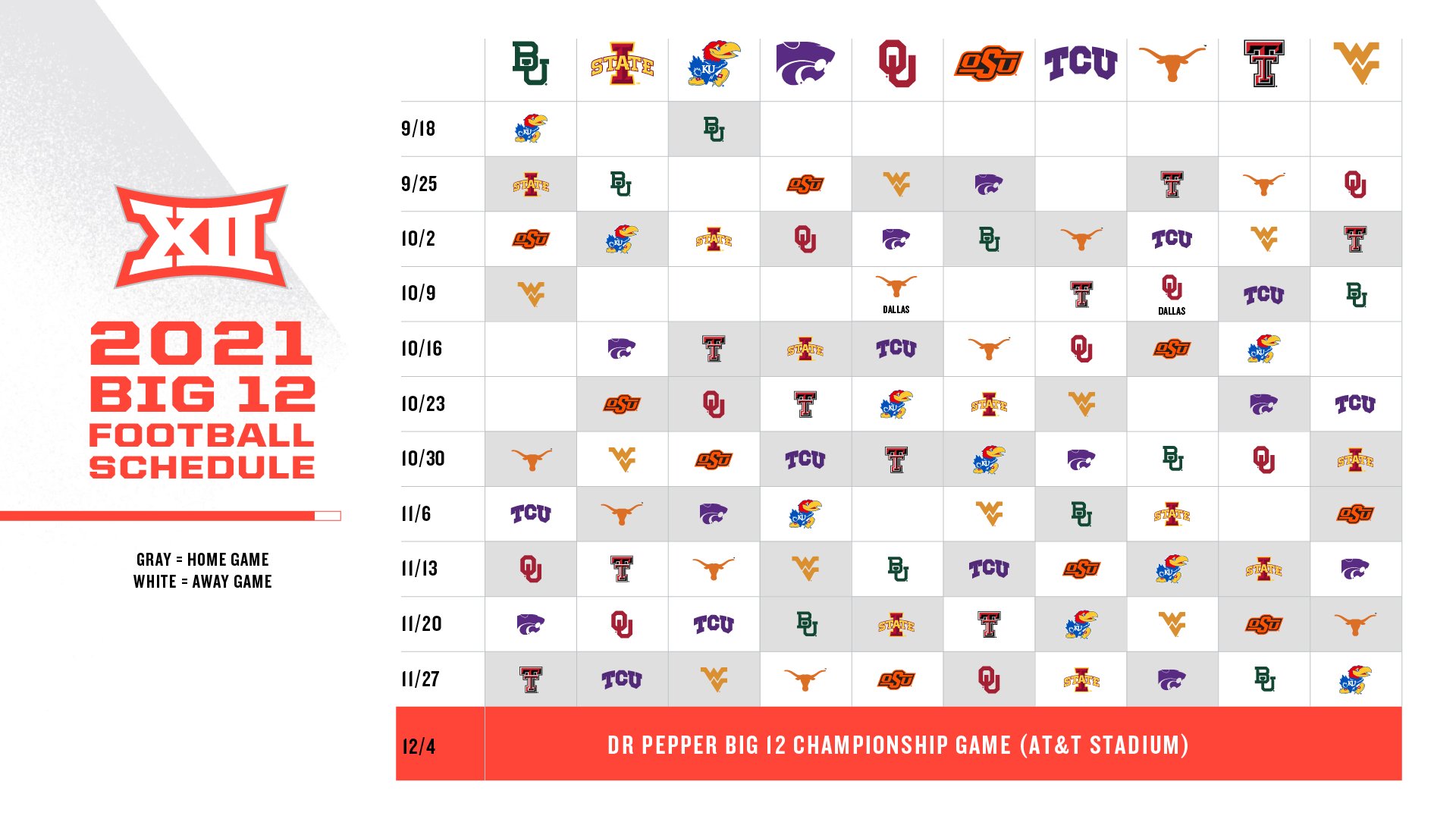