WE’re looking at DeAndre Washington’s 80-yard touchdown run and the block that sprung him at the line of scrimmage.

I’ve talked about this kind of play before and linked to excellent articles breaking it down, but today we’re looking at a version of the Power play. The backbone of this play is the pulling lineman going through the running lane ahead of the running back and paving the way. In this play, it was Le’Raven Clark absolutely laying the wood against a linebacker.

Tech is lined up with three receivers to the left, one to the right, and Washington as the lone running back. 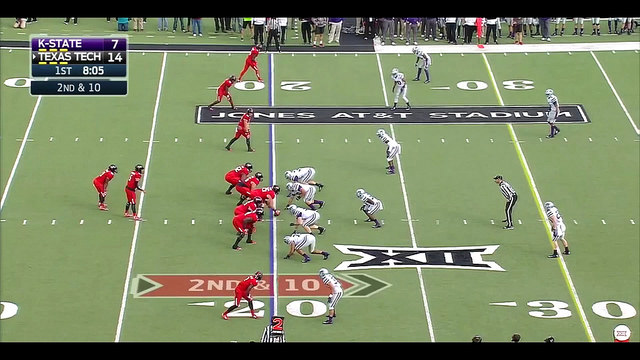 In that game Kansas State played against TCU, the Frogs were able to spread the defense out and run right up the gut for a 70+ yard touchdown on the first play of the game. Tech is doing the same thing here. While not doing it with motion, Tech has the defenders spread out to cover the already dangerous passing attack. Kansas State only has 5 in the box, which is absolutely begging to get run on. 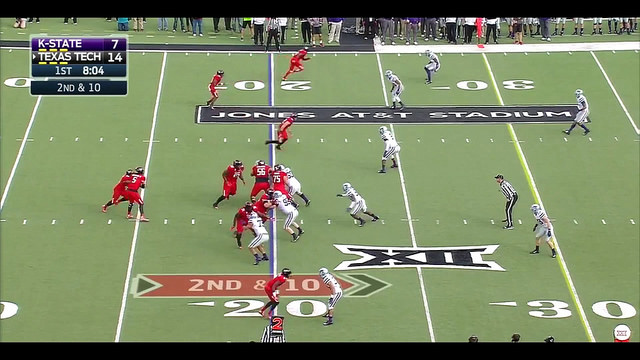 Following the snap, Clark steps back and begins to pull to the middle of the field, lead blocking through the hole on the only defender left in the box not occupied by an offensive lineman. 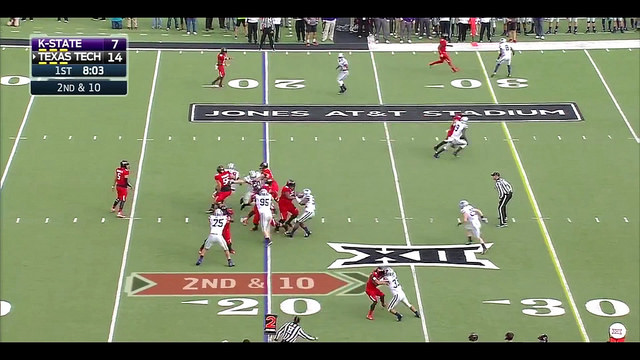 It’s right here that Clark meets the linebacker in the hole. You can see the linebacker already moving backwards. It was a powerful collision, one you could hear the pads clacking on the broadcast.

Notice the high safety. He was creeping in the box at the start of the play. This is the same safety TCU was able to move out of the play with motion on their long touchdown run. I think he saw Clark pulling and thought this run might go outside, so he flowed outside to the bottom of the screen. But with the run going up the middle, he just created a bad angle for him to get to Washington once he blows through the secondary. 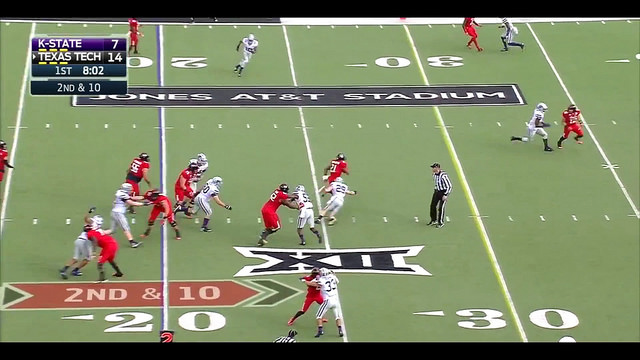 Here is that safety trying to arm tackle on a dive. As Tech fans, we’ve seen plenty of these attempts from our own defense. Also, let’s give props to Reginald Davis here for his blocking. He is the player that locked up his defender the longest, which probably had an impact downfield as his defnder, Burns, was noted to be the fastest on the team. 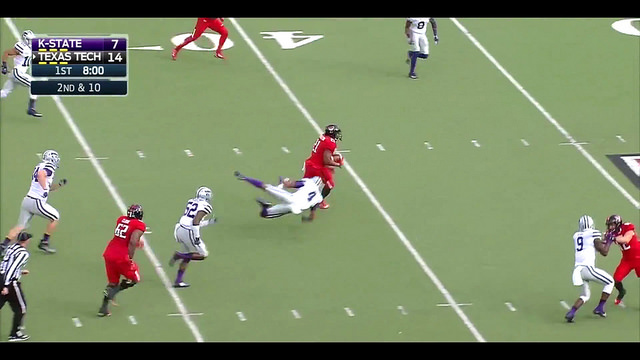 I include this only to show the excellent moves of Washington. Sorry, #4. He had you all turned around, you dove and spun in mid air and didn’t even touch him.