Of course you know we’re looking at #LittlePeopleBigWorld

As if it could be any other play, we’re looking at the Grant 40-yard touchdown run late in the game to put Texas Tech back up by 10 points.

First, let’s look at the formation since this is something Tech fans have probably never seen before. 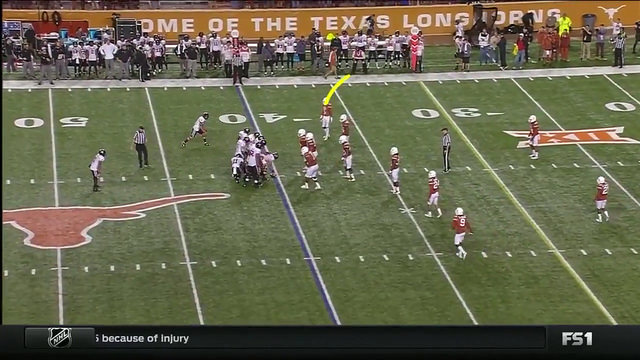 Justin Stockton is at the top of the screen, lined up wide and eventually goes in motion across the formation to pull the defense to the wide side of the field. Devin Lauderdale is actually lined up on the line of scrimmage like a tight end, much like he was against Arkansas when Grant threw the 70-yard touchdown to Reginald Davis. Le’Raven Clark has been set to the right side of the line outside of Emeka Okafor at right tackle. The rest of the line is in their normal position. DeAndre Washington is lined up peculiarly deep. His depth actually would say that Tech is handing the ball off to him, one of a few keys to the Texas defense away from Jakeem Grant, who, by the way, is lined up behind the right guard.

How does the defense lose track of Jakeem Grant? Because this play design started at the sideline. Grant was hidden from the time he stepped onto the field until he turned the corner at the line of scrimmage with the ball in his hand. 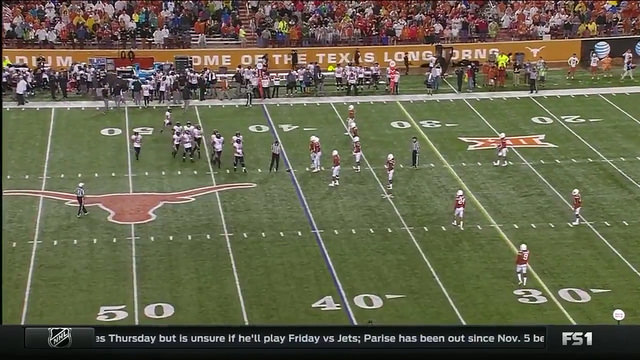 Starting from the sideline, Grant is tightly running behind the offense linemen onto the field. He’s not more than two steps behind a linemen at any given time. 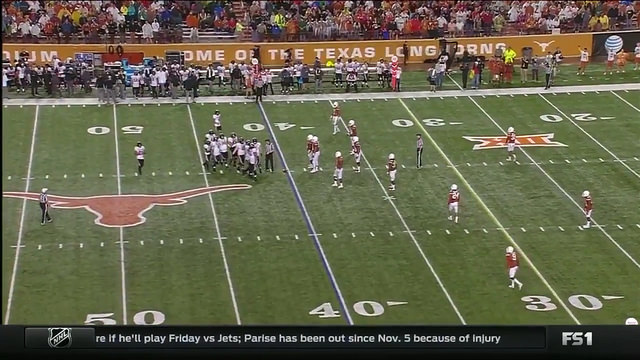 Tech is even huddling up to make sure Grant is in place when they set the formation. Also notice how close the huddle is to the line of scrimmage. This allows the linemen to simply turn around and be lined up. Finally, the linemen never got down into their normal stances. For the most part, they were simply standing upright to obscure any view of Grant, who was crouching behind them, although that probably wasn’t all that necessary with his size. 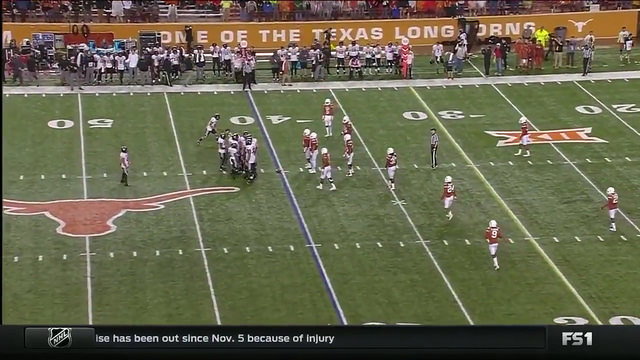 Here’s a gif of of entire sequence from the sideline to snap. Also notice how quickly Tech snaps the ball once they’re lined up. Obviously, Kingsbury didn’t want Strong or Texas calling a timeout when they noticed something was up.

Once aligned, Mahomes signaled for Stockton to go in motion. 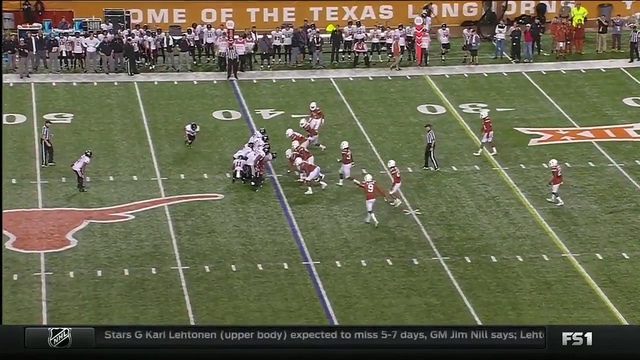 His speed has been noticed by the teams in the conference and nobody wants to let Stockton get the ball in his hands with a full head of steam, so the defense will all flow with him across the formation. 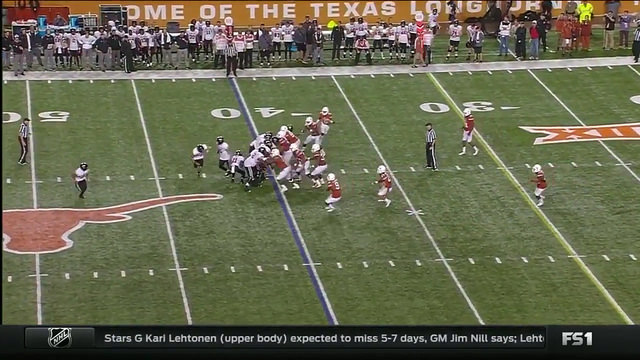 Look at all of the defenders turning this hips to chase down Stockton. Washington is also moving that way after the snap as if to receive a pitch and have Stockton lead block for him. At the time of the screenshot above, Grant already has the ball. As many times as I’ve watched this play, you’ll have a hard time seeing the handoff. Mahomes made the handoff as inconspicuously as you could ask for. The only tell I could see is that Grant raised up a bit, as shown in the above screenshot, and then he squatted back down for a second. 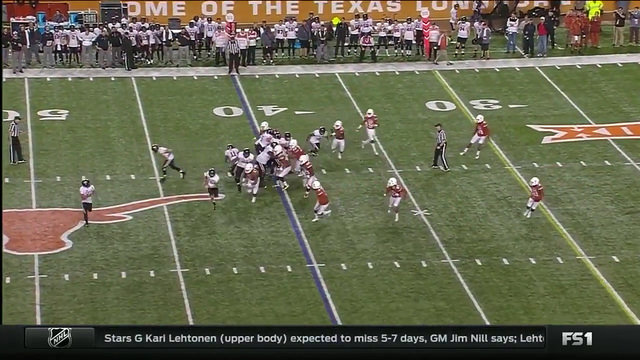 At this point, Grant is just starting to move. Most of the defense is flowing with the motion of Stockton and Washington, even the safeties as they were making their drops. The only possible defender to make this play at or near the line of scrimmage was the defensive end lined up across from Lauderdale. 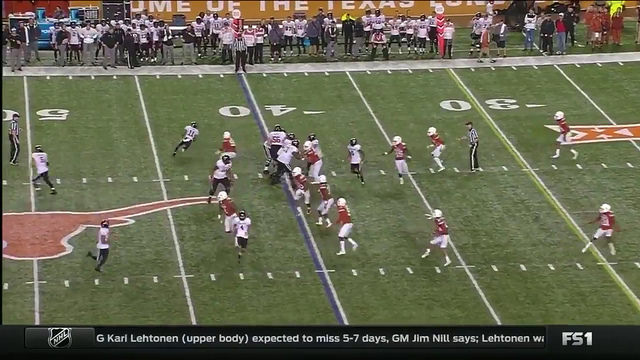 This was probably the biggest moment of the play. Both players, Grant and the defender, had to have been surprised to see each other when they did. Grant, however, was able to make a quick sidestep and get around the end before he could recover.The rest of the Texas defense is starting to pick up on something as they’re realizing neither Stockton nor Washington have the ball. Look at the outside linebacker around the 35 yardline. He looks to be the only other defender that knows whats going on at this point. 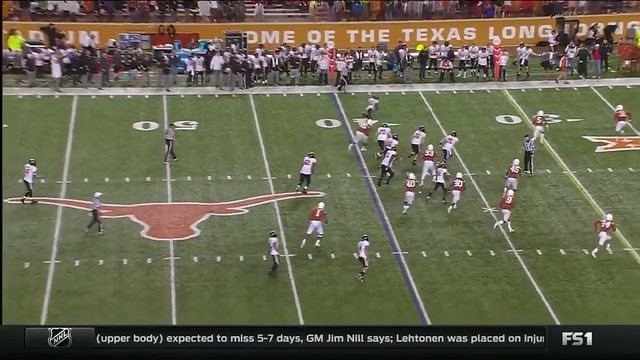 Here, Grant is around the end and turned upfield with a bevy of Tech linemen setting up a wall of block. The corner and playside safety are the only defenders remotely in a position to make a play, but Grant’s elusiveness allows him to sidestep them as well and get into the endzone untouched for the winning touchdown.