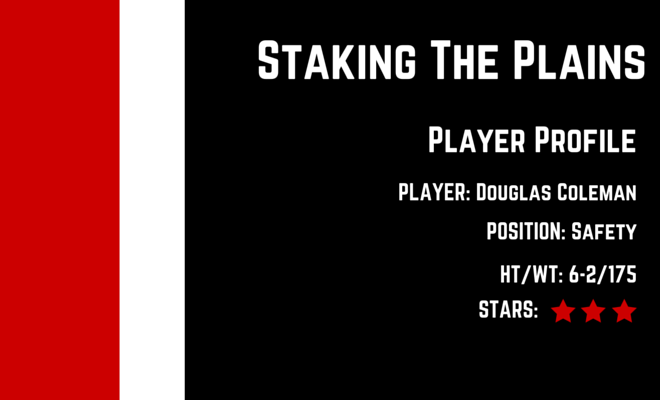 The Player Speaks: There is a lengthy Q&A with Coleman with NOLA’s Jerit Roser along with a 4 minute video, and it essentially comes down to the fact that Coleman has wanted a Power 5 offer to show that he can play at that level:

“I feel like I’ve been waiting for a Power 5 offer basically all my career, and it finally came,” he said. “I feel like this is the best decision for me and my family, for me to play big-time football finally and I can just get the recognition that I deserve.”

There are three players from Zachary headed to play on a Power Five team, QB Lindsey Scott is headed to LSU and OL Kelton Hollins is committed to LSU as they won a Louisiana state championship. Including 6 interceptions on defense, Coleman had an impressive year as a receiver as well:

The 6-foot-1, 175-pound athlete, also a dangerous threat in the return game, caught 62 passes for 1,482 yards and 15 touchdowns as a senior, including three receptions for 124 yards and two scores in the Broncos’ state championship victory.

Scouting Report: As a safety prospect, Coleman is a smooth athlete, who sees the ball well and can explode really quickly. I’ve often thought that Texas Tech needed more big-time athletes at the safety spot and that appears to be the case. Pretty impressive that Coleman can grab six interceptions in limited action as defensive back while splitting time at receiver, which really showed off his ability to excel very quickly and get past defenders. Coleman is playing against the top competition (I think, as it was the 6A Championship) in Louisiana, so this running past defenders isn’t a fluke. Coleman is really good in space, his range and quickness is all there and he appears to have the instincts to see and read the quarterback. The one thing we don’t see his his ability to hit opponents and make an impact there. Just not much video of Coleman laying out someone going over the middle.

Douglas, welcome to Texas Tech and Git Your Guns Up!