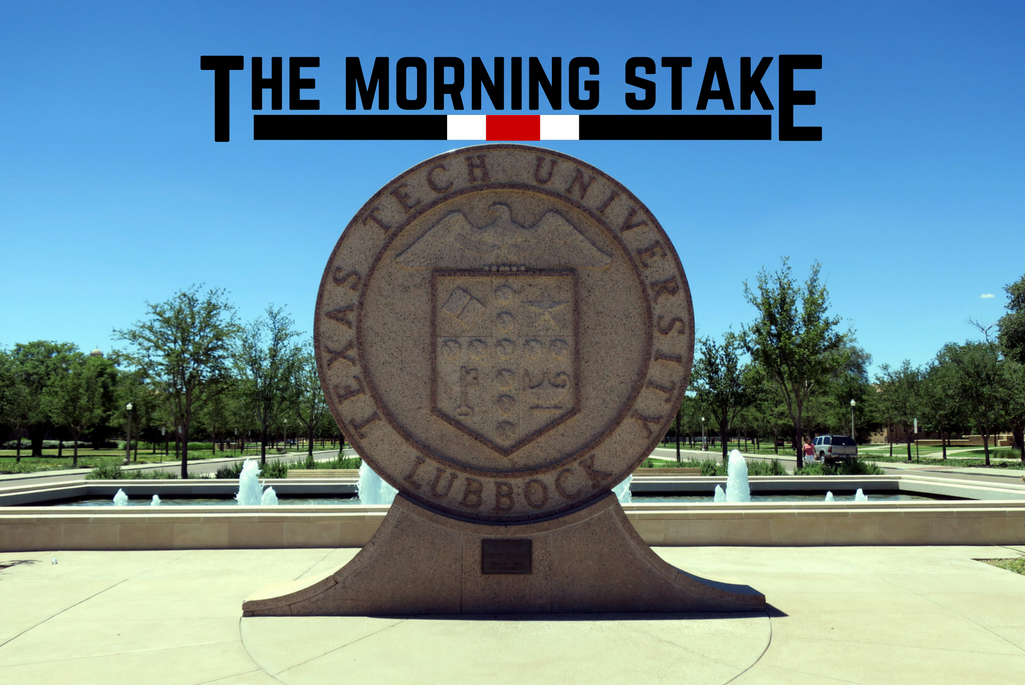 Your daily dose of all things Texas Tech athletics, including the Lady Raiders in Lisbon, Patrick Mahomes is named to another watch list and a Mike Mitchell sighting.

Under Armour was in town yesterday, which may not mean anything, but it could also mean that there could be more uniforms on the way soon?

The Lady Raiders Begin their Europe trip, including Spain and they are starting off in Lisbon.

The official site officially announced that Tommy Hamilton IV has signed his National Letter of Intent and Athletic Scholarship Agreement on Tuesday. The 6’11” center will have to sit out this year and will be eligible for the 2017-18 season. Hamilton averaged 8.8 points and 5.2 rebounds last year.

Under Armour is also considered to be the most fervently loyal to its affiliates, even when including Nike. There is a sense that Under Armour is at once an inner circle, us-against-the-world company but also a brand that’s used its inner momentum to punch up and sway a lot of schools away from Adidas and/or Nike. You see coaches at Under Armour schools consistently citing their UA sponsorship as a major inspiration for success.

What was interesting was to see how many coaches at Nike schools saw the race unfolding. They see Nike as streets ahead of both — most of them, anyway — but realize that Under Armour has done so much in such a little amount of time. The belief is Under Armour is more fully invested in their schools, and that Under Armour has more presence right now, and will soon have more national prospects — than Adidas.

Derrick Willies is back:

Via The Ledger, former Texas Tech linebacker Mike Mitchell will be attending Southeastern in Louisiana this year adn will be playing there with his brother, Kiwi.

LOL. And make no mistake, I think Briles will absolutely get hired next year. Athletic directors get desperate.

Beware of auto-play, but Sports Illustrated has an oral history of the formation of the Big 12.

CBS Sports’ Dennis Dodds has a lengthy notebook on Big 12 expansion and where things stand. Dodds writes that Texas and Oklahoma are still in charge, ranks the top ten candidates for expansion, notes that BYU’s honor code is an issue and that there is a money grab, but who the flip cares. Before anyone feels sorry for the television networks, here’s this bit, which is true:

The rights holders want to keep their costs down. If the Big 12 expands by four, we’re talking about a possible network payout increase of $80 million-$100 million per year.

If you’re counting: In the last five years, that’s two Group of Five schools (TCU, Utah) in addition to Rutgers being assured major-conference status. The Scarlet Knights went to exactly one bowl in the first 136 years of their history.
Now the likes of Houston, Cincinnati and BYU don’t deserve a shot? That’s being a bit hypocritical.