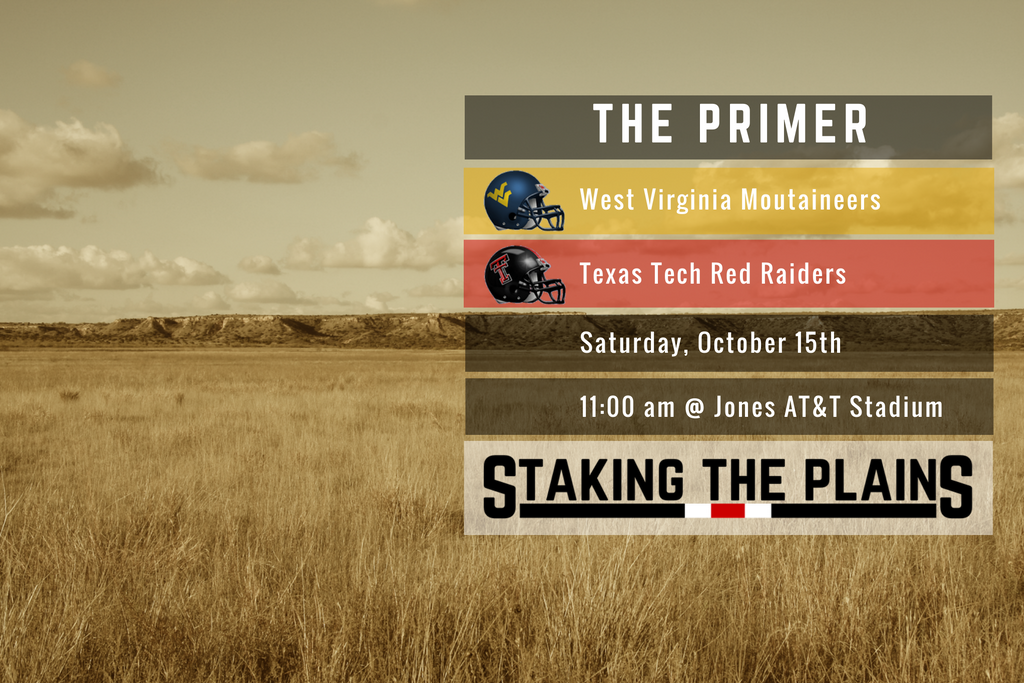 We get you ready for Texas Tech hosting West Virginia.

West Virginia had a bye week this past week, which is just great. The Mountaineers have some decent non-conference wins, although the Missouri win doesn’t seem as impressive considering Missouri’s plight, a non-Power 5 win over Youngstown State and two close wins, a 38-35 win over BYU and a 1 point win over Kansas State at home in Morgantown.

1. QB Skyler Howard (6-0/207): Howard has been really good, not spectacular, but who cares, he’s been really good. Howard has completed 66% of his passes for 8.5 yards per attempt, 7 touchdowns and 4 interceptions. On the ground, he’s rushing 32 times for 106 yards and a touchdown, so he’s not as involved running the ball as he has in the past. Oh, and he’s led his team to a perfect record.

3. CB Rasul Douglas (6-2/203): A nice sized cornerback and he’s been really good this year. Douglas is second on the team with 25 tackles, has 2 interceptions on the year and four passes broken up. You don’t see a ton of teams have cornerbacks who are six-foot or taller and Douglas appears to break the mold. I’ll be really interested to see who Douglas covers this week.

4. S Jarrod Harper (6-0/210): Harper is the leading tackler on the team, 26 tackles from his safety spot and has just 1 pass broken up. You’ll probably hear quite a bit about West Virginia’s 3-3-5 defense, which is largely based on having terrific safeties that play well and Harper appears to be another one of those guys that fits into what the Mountaineers do.

Via OddsShark, West Virginia is favored by 1.5, although the line opened at 1, which probably means that the Mountaineers were getting some action at 1, but not enough to bump it up more than half a point.