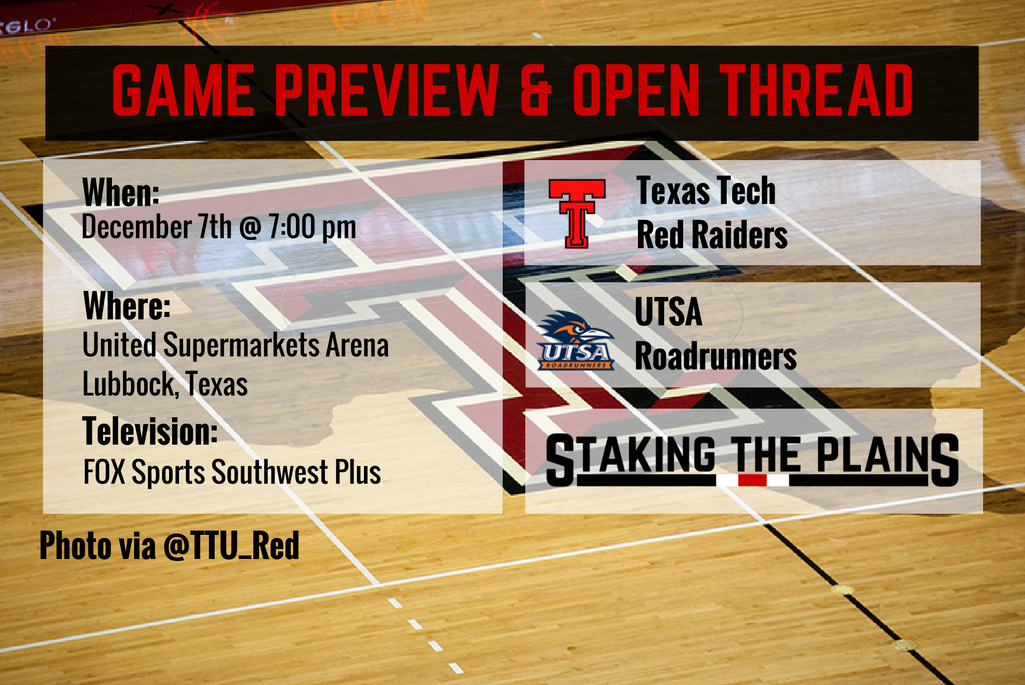 The Red Raiders host the Roadrunners.

1. KenPom as UTSA as the 300th best team in the country, 332nd in AdjO and 192nd in AdjD. This may be the worst team on the schedule and this schedule had Houston Baptist on it. Texas TEch is sitting at 37th overall, dropping a few spots after a close win over Rice, and is 40th in AdjO and 38th in AdjD.

2. Three of UTSA’s starting five are true freshmen and it’s clear to me that they are attempting to go very young in the hopes that it pays off. Their new head coach Steve Henson was named as the head coach in April of this year and was previously an assistant at Oklahoma for a long time and before that he played and starred at point guard at K-State.

3. After that thrilling win over Rice, the hope is that there’s not any sort of let down. I’m guessing that physically, Texas Tech is going to be leaps and bounds better than UTSA, especially the guards. The Roadrunners don’t have a ton of size, so that could be a problem for them eventually.

4. UTSA shoots an abysmal 36% from the field and theif best shooter is Frohnen, one of the freshmen, who shoots around 46% overall, while Allen shoots 43%. Meanwihle, Texas Tech has 9 players that shoot better than 45%.

5. This should be another one that is over very quickly. Texas Tech will have a week-long break after this game and won’t play again until the 14th where they’ll play Nicholls and then travel to Virginia to take Richmond. Then, on Friday, December 30th, the real fun statarts as Texas Tech travels to Ames to face Iowa State.