The Eagles won a Super Bowl. I’d rather talk about wings.

I saw this recipe for Pull Apart Pesto Bread on Friday, and knew we had to make it happen. It really turned out great, but I don’t think there was much of an advantage putting it on the smoker. We couldn’t detect any smokey flavor, so I would recommend putting this in the oven for the same result. 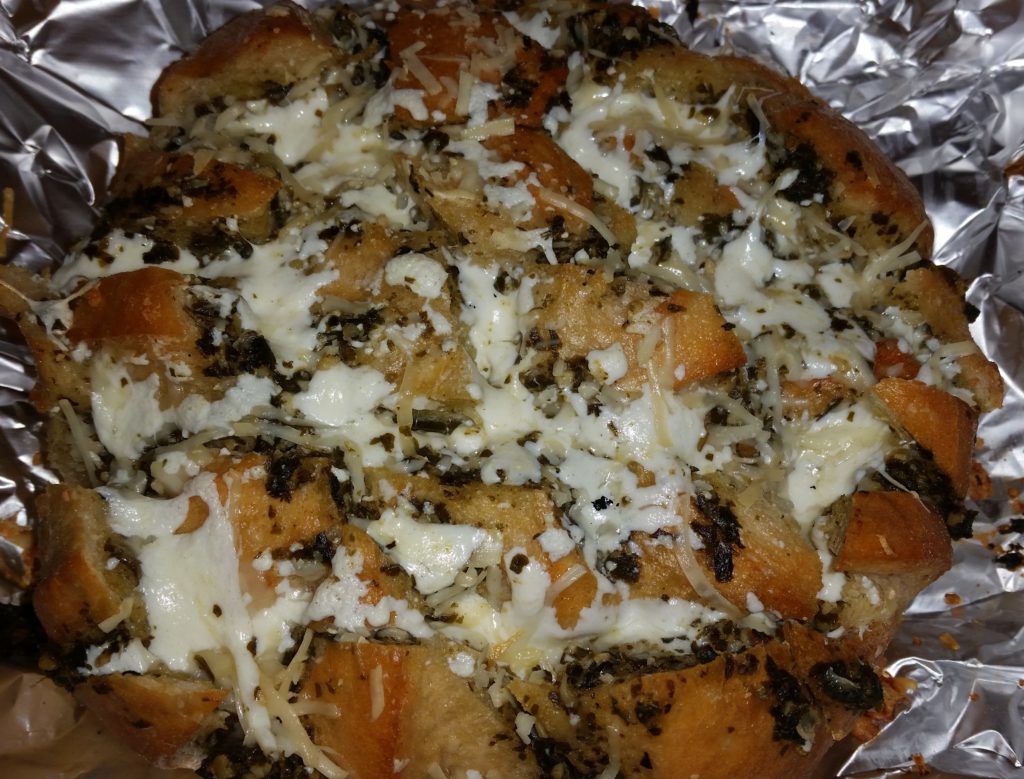 On this week’s podcast, I mentioned how we managed to make the best wings that my wife and I had ever made on Super Bowl Sunday.

First, you put the wings in a brine. She found this simple one on a random site that’s easy to remember. For every two pounds of wings, use 3 cups water, 3 tablespoons Kosher salt, and 3 tablespoons sugar. Keep them in the brine in the fridge for an hour.

Next, take them out of the brine and dry them. We laid out the wings on paper towels on a baking sheet and put it all back in the fridge until it was time to grill.

Just before placing them on the Traeger (st at 350 deg F), we tossed them all in olive oil. Half of them were seasoned with lemon pepper, the other half only had the olive oil.

After an hour, we took them off the grill and tossed the unseasoned wings in Frank’s Red Hot Buffalo Sauce. It was a huge success. We could definitely taste the smoke but I bet these still would’ve been great in the oven. All of them were gone before I had the chance to take a photo.