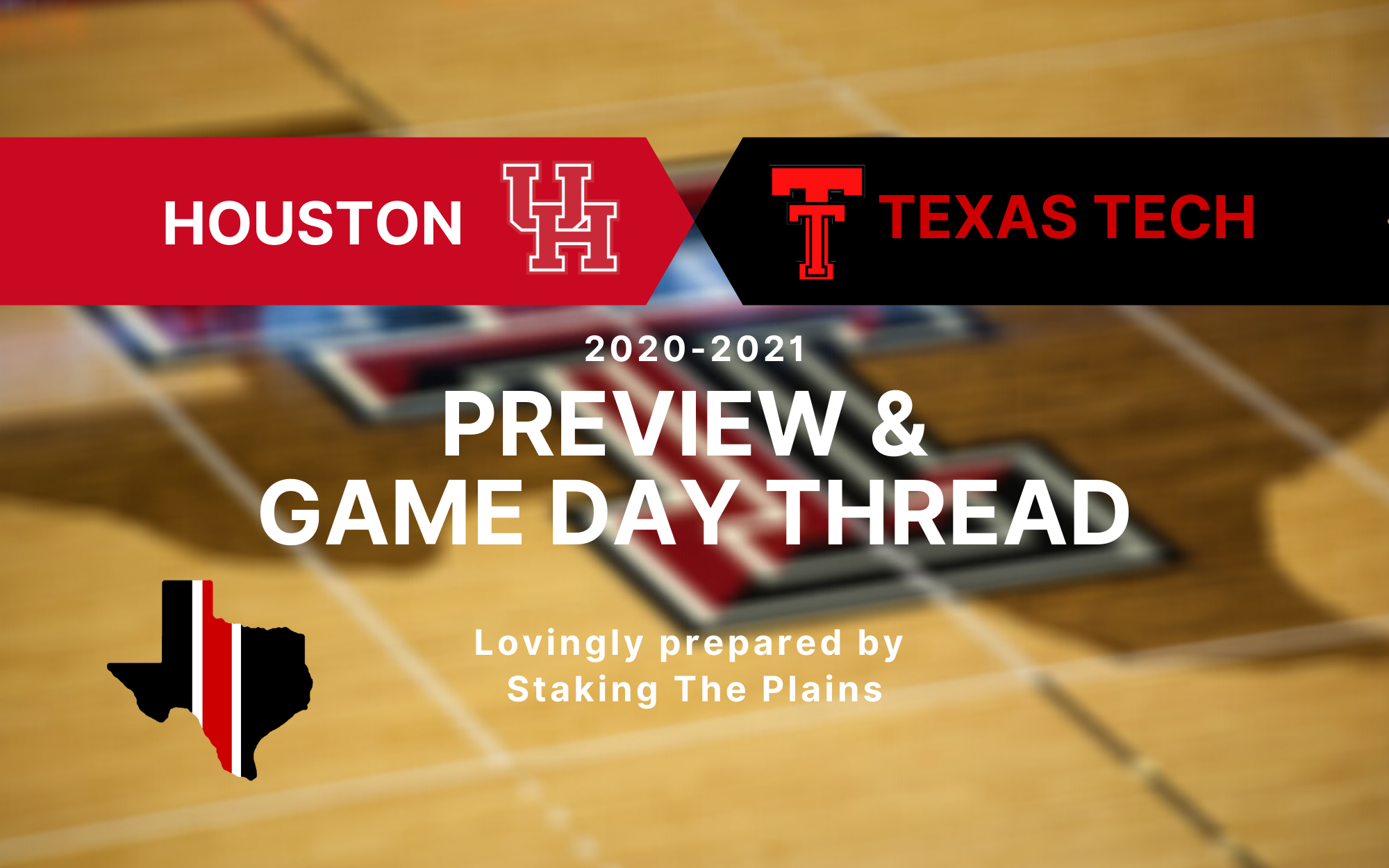 Where to Watch: Dickies Arena | Fort Worth, Texas

1. Stats. We’re starting to get a few more stats to learn about what opponents actually are. Houston, depending on the advanced stat is either excellent offensively, and pretty good defensively, or excellent offensively and pretty good defensively. The easy solution will just be that Houston is very good. Houston is an excellent offensive rebounding team, and very good at limiting opponents from doing the same thing. They were very good in holding opponents to low shooting percentages, and have been excellent in forcing turnovers. Part of Houston’s success has been that they limit good 3-point looks, 2nd in the nation in doing that thus far, and also haven’t put opposing teams on the line really at all.

2. Scouting. Sasser is fantastic offensively, a terrific shooter, and the leader of the offense. Sasser hasn’t shot a free throw yet, so he’s mainly shooting from the outside. Actually, Mark is great too and is a free throw machine. Mills is not an outside threat at all, only 1 three-point shot, but he’s another terrific offensive guy. the bottom line here is that this team is incredibly similar to Texas Tech and if there was one game I’d love to have Kevin McCullar, it would be this one because he’d play his ass off defensively. Roberts, Gorham, and Jarreau are the guys that are going to go hard after those offensive boards.

3. How They Match Up. If there was another team that exhibits the Street Dog attitude that Chris Beard loves, it would be Houston. In fact, Beard and Sampson may have gone to Street Dog Academy together because that’s how both of these teams are going to play. These two teams are so similar in terms of make-up and roster and it’s going to be a blast watching these two teams play. Neither team has dominant big men and both teams have really terrific guards. Texas Tech may have the most talented guard in McClung, but Houston may have Texas Tech in quantity. For Texas Tech, I think the Red raiders need a bit of a bounce-back game from Kyler Edwards (he missed 5 of 6 of his shots against Sam Houston State). Texas Tech is going to need full throttle McClung, Edwards, Shannon, and Burton.

“And we will. This is Texas Tech basketball. That’s why I think it will be a great game in my opinion. Two of the best teams in college basketball.”

The eyes of Texas and the national college basketball world will be on No. 14 Texas Tech and No. 17 Houston on Sunday for a top-20 matchup in the Southwest Showcase at Dickies Arena in Fort Worth.

The Red Raiders (2-0) come into the 4:30 p.m. neutral-court contest against the Cougars (2-0) after two impressive home victories over Northwestern State and Sam Houston State where the team hasn’t trailed, while UH also rolled to victories over Lamar (89-45) and Boise State (68-58) to set up the game of early-season unbeatens. Tech began its season with a 101-58 win over NSU after shooting 54.3 percent from the field and then shot 50.0 percent with seven 3-pointers in an 84-52 win over SHSU. The two Southland Conference opponents were stifled by the Tech defense, shooting a combined 33.0 percent from the field and just 22.0 on 3-pointers.