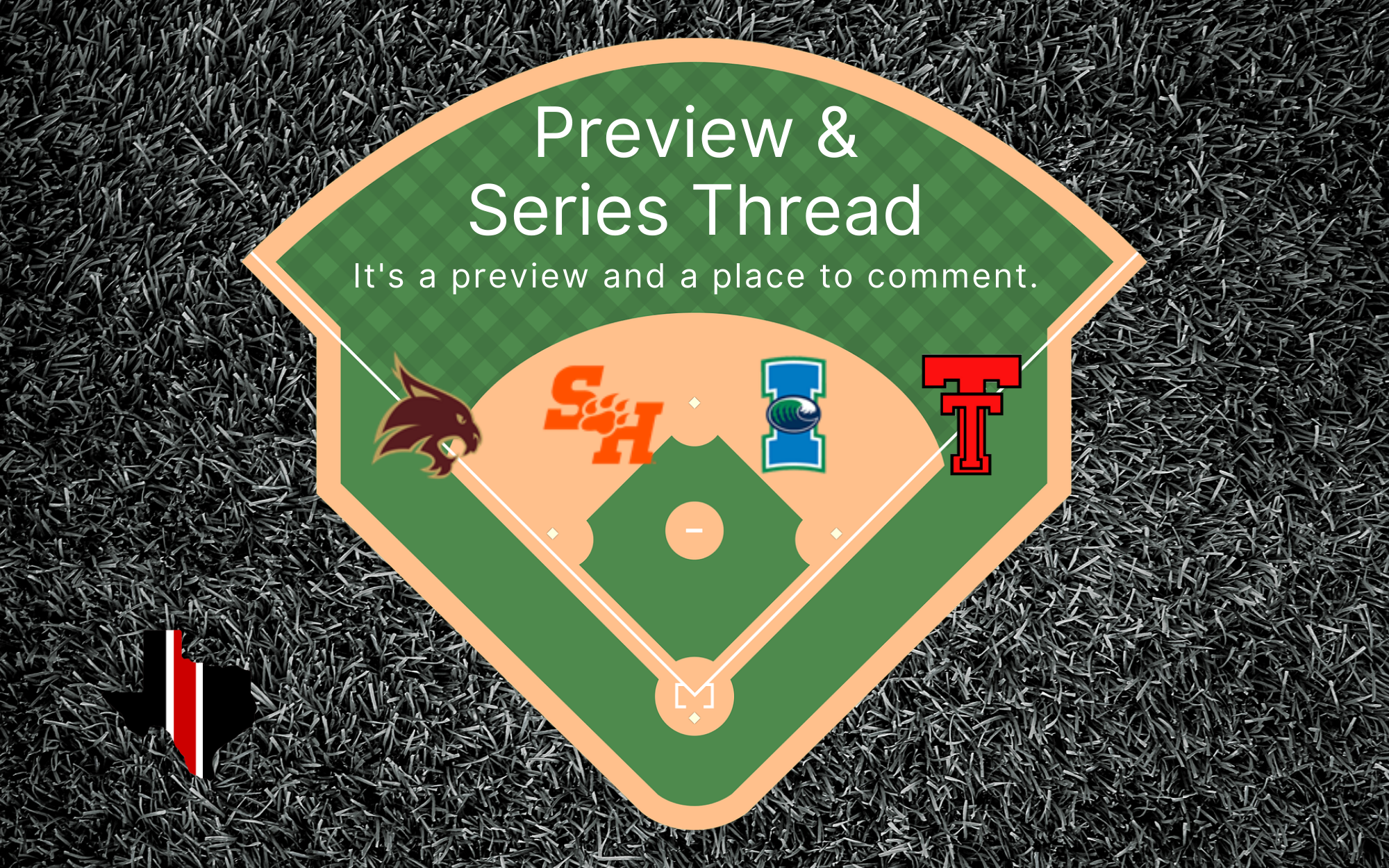 Ed. Note. I’m going to be out of town all weekend long. I’m traveling to a place without internet service and that’s a good thing. So, because of that I won’t be able to update the thread this weekend. I’ll update it on Sunday as quickly as I can, but taking a break is probably good for the soul. I can bet $1 that Red Raider Dugout will have you updated.

No. 10 Texas Tech baseball looks to build on its five-game winning streak as it travels to Houston for a return to the Shriners Hospitals for Children College Classic this weekend at Minute Maid Park.

The Red Raiders (5-3) are making their fourth appearance at the event under head coach Tim Tadlock and their first since 2017. The trip crosses both Major League ballparks in the state of Texas off the list for Tadlock’s crew, who opened their season at Globe Life Field in Arlington.

Tech, which is 5-4 all-time at the Shriners Hospitals College Classic, opens with Texas State at 7 p.m. Friday night. The Red Raiders then face Sam Houston State at 3 p.m. on Saturday, before closing with Texas A&M – Corpus Christi at 11 a.m. Sunday.

HOW TO WATCH AND STREAM

All nine games of the tournament will be televised by AT&T SportsNet SW and streamed on Astros.com, MLB.com, the AT&T SportsNet app and the MLB app. AT&T SportsNet SW is available in the Astros five-state viewing area. Fans are asked to check local listings for more information.