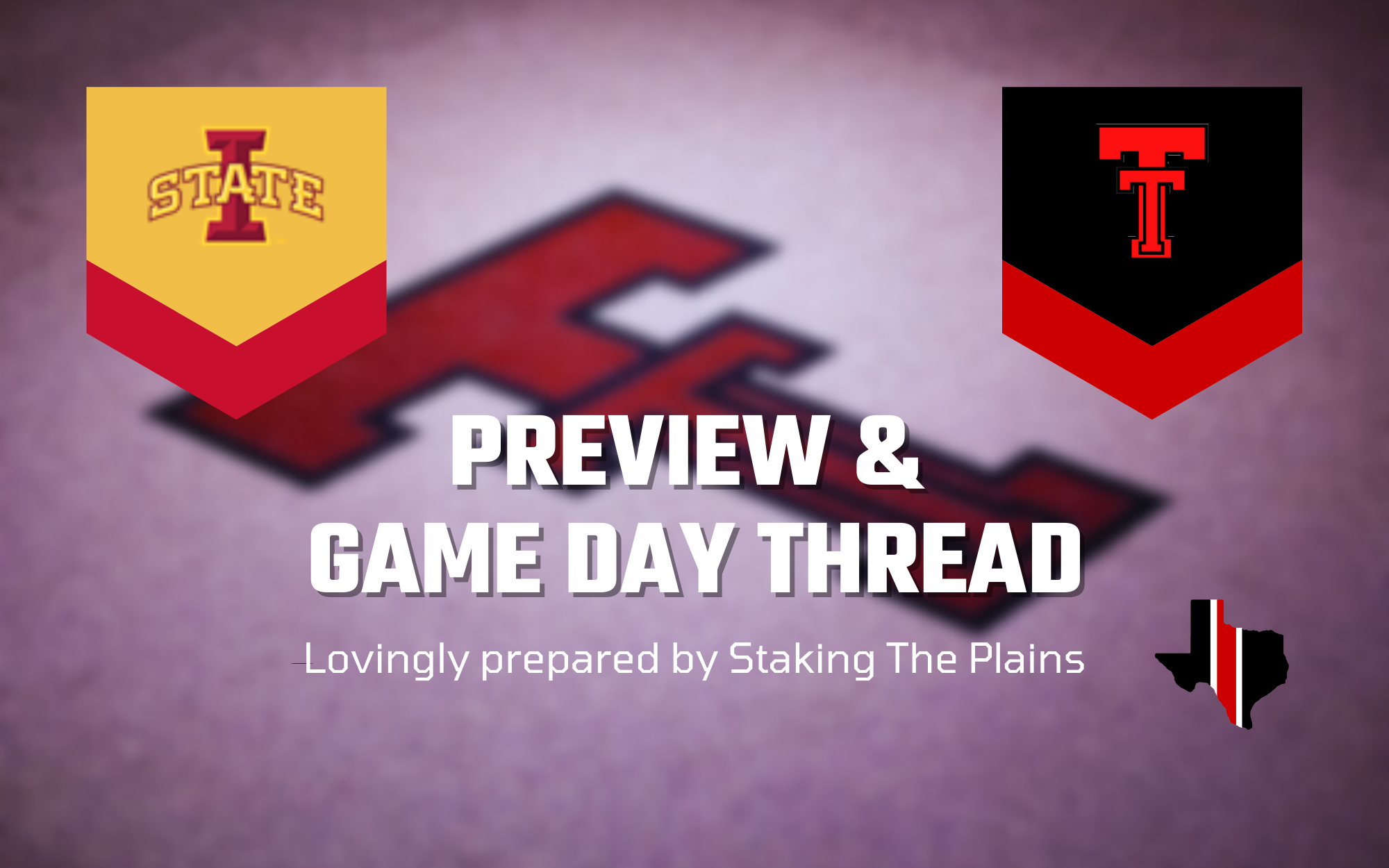 How to Watch: ESPNU | ESPN+

1. Stats. It seems as if were were here just 2 weeks ago. Finishing up the season series of an opponent within the first month of the seasons seems strange, but here we are. Iowa State has 2 conference wins, Texas Tech and Texas most recently with losses to Baylor, Oklahoma and Kansas. the OU and KU games were both on the road, the KU game was a 1-point loss and the OU loss was significant. To recap, Iowa State is top-third on offense, not great, but not bad and very good on defense. This is basically Texas Tech’s profile too. ISU is a reasonably good shooting team, they are a high turnover team that very much limits their offensive production, 278th in the nation. They are also a team that has their shot blocked, 296th in the nation, but they are fine shooting the ball. Defensively, they are elite in almost every level, their only flaw is they are 292nd in free throw shooting rate allowed.

2. Scouting. Brockington is a high-end player, high-end rebounder and usage player, with good shooting numbers, not great. Texas Tech held him pretty good the last time out. Hunter is a boom or bust sort of guy, struggles with shooting, 22% from three and assist and turnover prone. Conditt is the big-man in the middle, but ISU has lots of size, it just doesn’t necessarily start. The best shooter is Jackson and Kunc and they are both really good distance shooters. Almost the entire 8 or 9 deep are good shooters inside the arc.

3. How They Match Up. Texas Tech’s biggest issues against K-State were, well, numerous. they didn’t shoot well, they turned the ball over and they didn’t get to the line. All bad combinations. Defensively, they were fine, so that part of their game definitely traveled. Against wins versus Baylor and Oklahoma State, they still had high turnover rates, but it wasn’t bad enough to be na issue because they shot so well. There’s the thought that Shannon will possibly start. We’ll see. He needs to add a bit more to his game and be more involved. He was pretty passive against K-State.

On our jerseys tomorrow

A top-20 matchup is set to begin the week as No. 18 Texas Tech hosts No. 15 Iowa State at the United Supermarkets Arena after the Cyclones took a 51-47 win in Ames, Iowa on Jan. 5 in the first meeting between the two teams this season.

Texas Tech, which has not lost consecutive games this season, is currently 10-0 at home with conference wins over Kansas and Oklahoma State following going 8-0 on the USA court in non-conference play. The Red Raiders had won five straight over the Cyclones before the loss at Hilton Coliseum in their first conference game of the season where they played with only seven available players due to a combination of injuries and health and safety protocols. Davion Warren led Tech with 12 points in the game, while Bryson Williams had 10 points and Kevin Obanor provided his season-high with 10 rebounds. Despite being down players, Tech led 42-40 with two minutes to play before the Cyclones closed the game on a 11-3 run to secure the win.