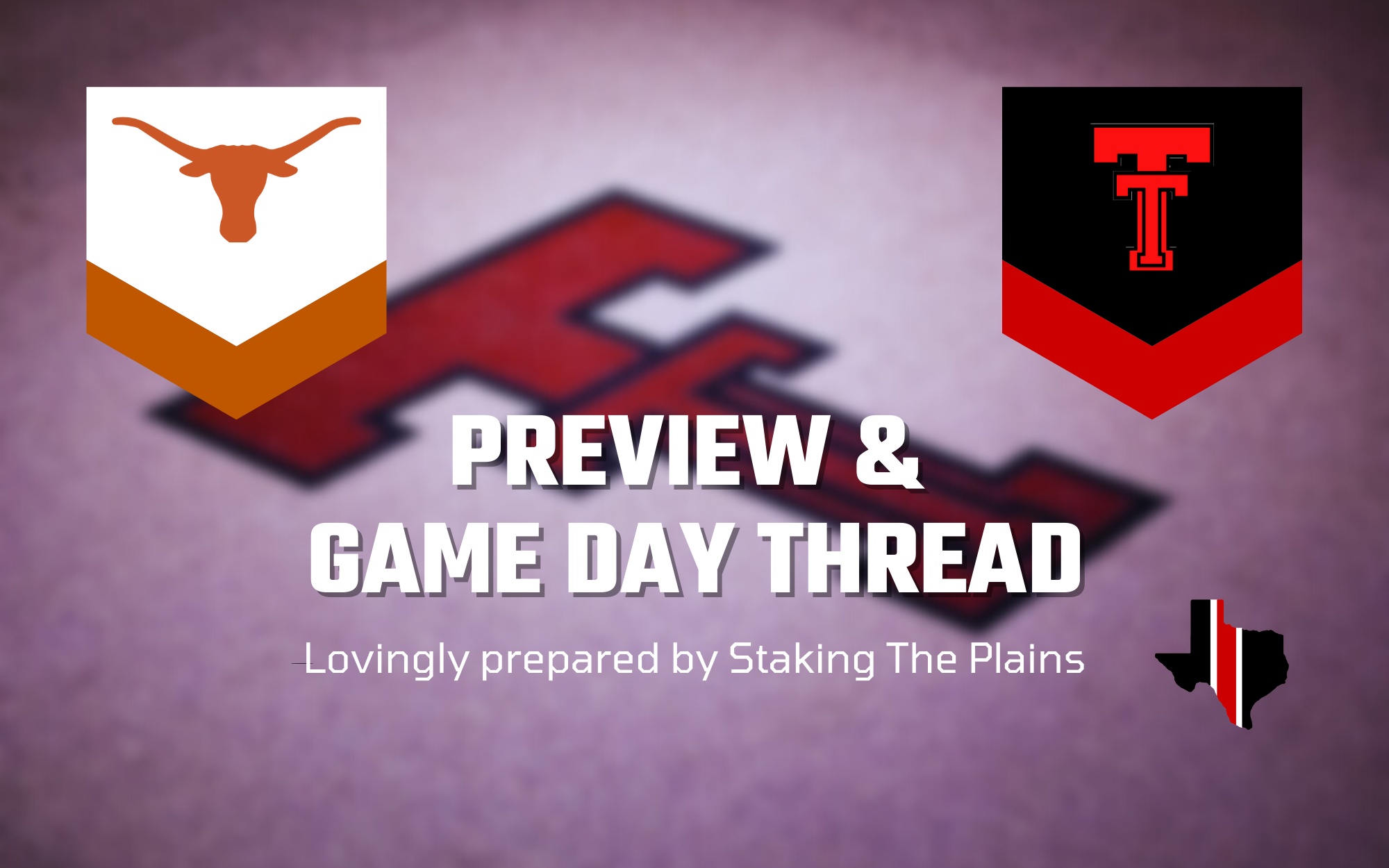 1. Stats. Texas is much better on offense than I would have expected. They are 86th in eFG% and they pound the hell out of the offensive glass, 46th in the nation. What they don’t do particularly well, 184th in turnover percentage and free throw rate, 164th. A lot like Texas Tech they are also a good 2-point shooting team, 61st in the nation, and they also make their free throws, 46th in the nation. Defensively, the Longhorns are top 10, the are 19th in holding opponents from shooting well, 19th in defensive eFG% and 9th in forcing opponents in turnovers. I don’t think I’ve ever run across a team where opponents shoot the absolute worst in the nation, I don’t know if that’s just luck for them, but I’d guess that won’t last, but somebody has to be first.

2. Scouting. Allen is the best player I think, he’s a good shooter, a good rebounder, steals the ball well, and is a terrific offensive rebounder. Jones is probably their best shooter, he’s very good inside the arc, but just 33% from beyond. Carr and Ramey are the team’s volume shooters, they take a load of 3’s, but Carr makes just 34% and Ramey makes 38%. Those are solid, but not great numbers. Mitchell and Bishop along with Disu are very good rebounders.

3. How They Match Up. Well, we’re here. The game that a lot of people have been waiting for and that’s great. As you might guess, I know this is a big game but I also know that it’s just one of 20-something games that are important. It’s important because it is a home conference games and teams in the Big 12 must win home conference games. If you lose those you lose footing in the race. I want to win this game because I like for Texas Tech to beat Texas. I’ve been done with the Chris Beard situation for a while, I haven’t focused on him choosing Texas over Texas Tech in quite some time, but I’m also not at all opposed to you wanting to win this game for that very reason.

This is sports and sports is fun and part of sports is also the theater of the match-up and the human element of the players. I think as fans it’s probably best that we don’t really “hate” the opposing players because they are generally 18 to 21 year old kids (I know they are adults) so the coaches become the villains and I’m good with that. This entire scene feels like that Beard is nothing more than a wrestling villain and I think that if you take that approach, that it’s sorta fake to an extent, then you’re probably in a good place.

I will also fully admit that I could not be happier with the way that things have worked out. I love cheering for Mark Adams. Full stop. He is a joy to cover and listen to and I think the program is on a better trajectory than it was before. We’ll see how everything shakes out, but I am absolutely pleased with Adams and sometimes things work out the way they are supposed to work out and for me this is one of those times.

As far as this game is concerned, head coach Mark Adams said that Shannon is 50/50 on whether or not he’ll play. I’m here to tell you that a not-100% Shannon is not going to be beneficial for Texas Tech most likely. He’s looked out of sorts since he returned and I would prefer Shannon healthy for the stretch run.

Be loud. Have fun. Act responsibly.

A longstanding rivalry will be renewed and intensified when No. 14 Texas Tech hosts No. 23 Texas at 8 p.m. on Tuesday in a Big 12 fight at the United Supermarkets Arena. The game between teams with identical records is the 152nd in the series that dates back to 1939, but is the first in the return of UT head coach Chris Beard who led the Red Raiders to unprecedented heights over the past five seasons.

The Red Raiders (16-5, 5-3 Big 12) and head coach Mark Adams are coming off an emphatic 76-50 win over Mississippi State last Saturday, while the Longhorns (16-5, 5-3 Big 12) hung on for a 52-51 win over Tennessee in their Big 12/SEC Challenge matchup. Tech has won seven of 10 against Texas, including sweeping the regular-season series last season before falling in the Big 12 Championship quarterfinals. The 16-5 start for Adams matches Bob Knight (2001-02 season) for the best start for a first-year Tech head coach through 21 games. Beard was 15-6 in his first season of 2016-17 at Tech with Adams as his associate head coach.