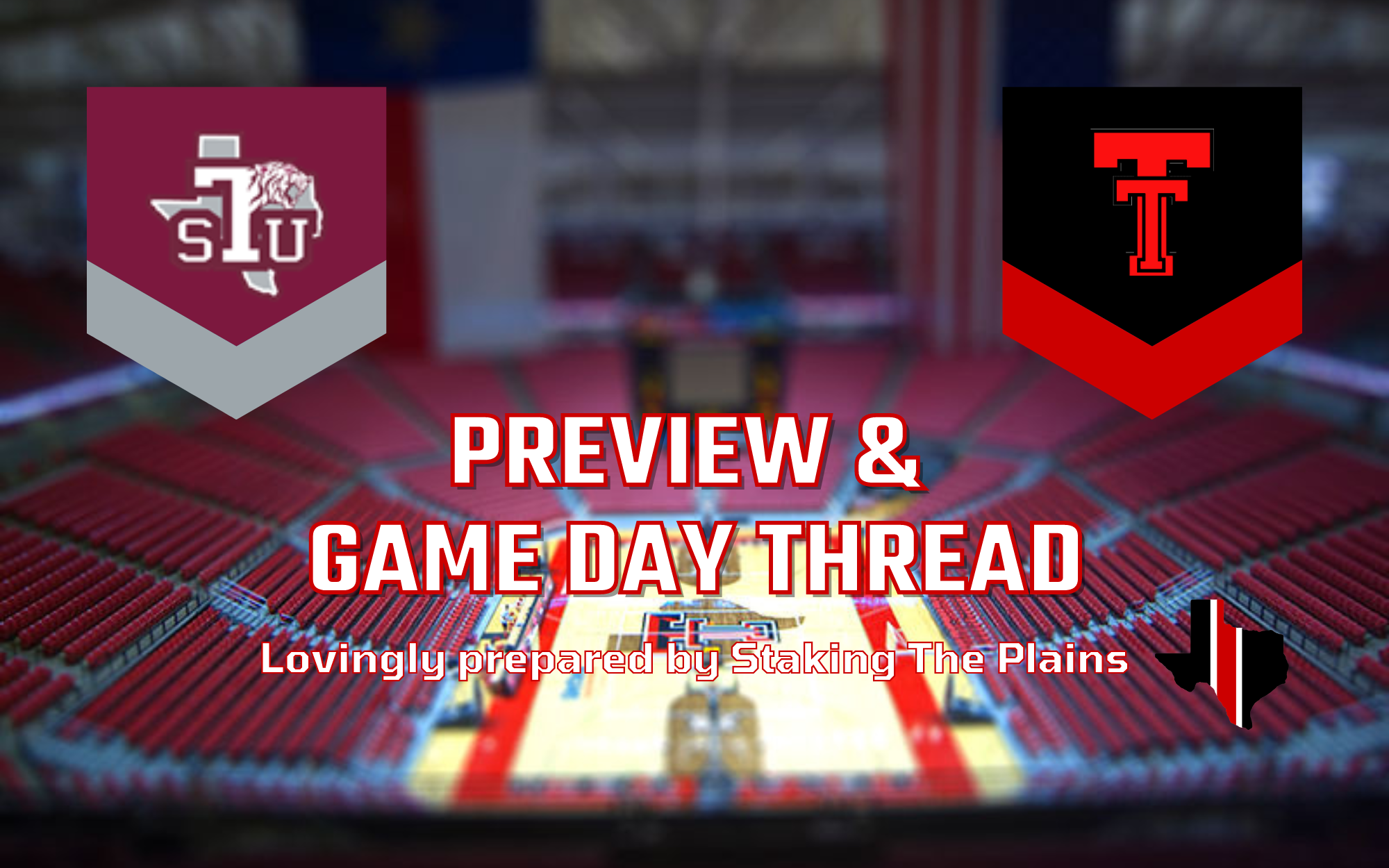 1. Stats. It’s still early and we’re not sure what everyone is, but Texas Southern is not a good shooting team, but in their first game, they shot really well from beyond the arc, making 6 of 10 from Walker, Henry, and Carter. Everything else wasn’t really good, making 38% of shots and it was against a San Francisco team that’s not known for stellar defense.

2. Scouting. As mentioned above, Henry, Walker, and Carter will shoot from the outside, as will Gilliam. Henry got to the line 8 times so despite being small, he’ll get to the rim. Gilliam and Nicholas are the main rebounders. It makes a ton of sense to force shots that are not three-point shots. That may be difficult since that’s all that Northwestern State really shot.

3. How They Match Up. Defensively, Texas Tech is still really good and the biggest hole in their game with just one game played are offensive rebounding and three-point shooting percentage. Let’s see the three-point shooting continue, I’m excited to see that aspect keep going and I’m ready to see Walton heat up from deep. I don’t know that Batcho has anyone that can match his athleticism. I think the focus will be stopping Barnes and Walker. I should also mention that in the video with Andy Katz below, Adams says that Fardaws Aimaq will have his cast off in December, so the plan is still for him to be there as conference play starts.

Help us welcome @DrewSteffe to the Red Raider family! pic.twitter.com/kYmQCqGkvS

No. 25 Texas Tech is on a 22-game home winning streak going into the second game of the season where it’ll take on Texas Southern at 7 p.m. on Thursday at the United Supermarkets Arena. The Red Raiders (1-0) earned a 73-49 season-opening win over Northwestern State on Monday, while the Tigers (0-1) took a 90-77 loss to San Francisco in their opener in California.