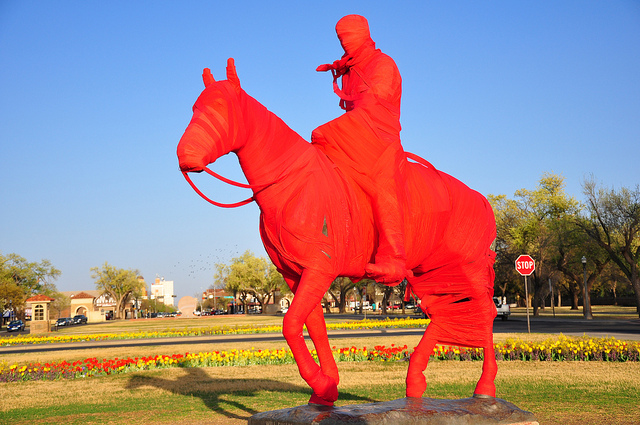 In this Morning’s Stake: we have visual proof that Corey Dauphine might be fast; Kim Kaufman is sitting third overall at this week’s LPGA event; and the baseball team falls to Oklahoma with game 3 today.

Corey Dauphine is Fast.  This is Texas Tech signee Corey Dauphine making up a bit of a lead from another in an impressive bit of running at the Port Arthur Memorial.

Just three shots off the lead, Kaufman will look to make a few more aggressive moves Sunday in hopes of her first LPGA Tour Title here in Phoenix, Arizona.

“Going into tomorrow, might go for it a little bit more being the last day,” Kaufman said. “Be a little more aggressive. But overall, you’ve just got to make some putts.”

Baseball Falls, 5-2.  In the second of the three game series with Oklahoma, Texas Tech lost to the Sooners, 5-2, largely because OU starting pitcher Alec Hansen was dealing all game. The open thread is updated with additional details.  Game 3 is today at 1:00 pm.