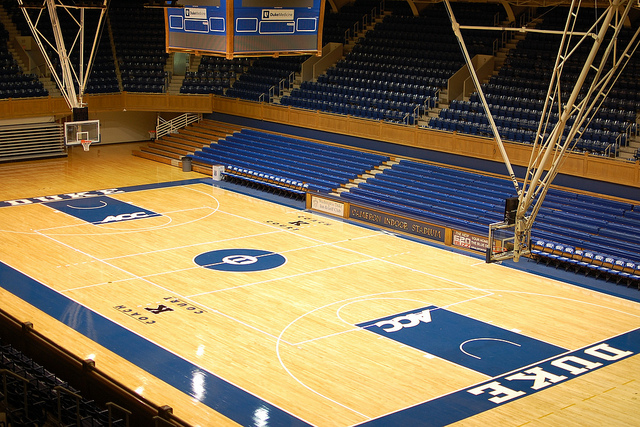 This is a pretty cool footnote, via the New York Times, for those of you who are basketball junkies as Texas Tech assistant coach Vince Taylor was one of the initial players for Duke coach Mike Krzyzewski, who established the tradition of slapping the floor on defense.  The beginning of the tradition is a bit ambiguous, but apparently Coach K asked the players when Taylor was a player at Duke to “do something different” and asked the players to slap the floor to show that they’re ready:

Krzyzewski told Taylor and his teammates to slap the court. The gesture would demonstrate their commitment to defensive intensity. It would affirm their pledge to one another. It would prove their readiness.

Taylor opined that it was a sign and a distraction in a way because the opposing player is paying attention to you and not what they’re supposed to be doing.

“If I’m a guy coming down the court, I’m like, What are these guys prepared for? What are they doing?” Taylor, now an assistant at Texas Tech, said by telephone. “You can’t miss it. For that one moment, they’re thinking about you and not what they’re supposed to be doing.”

Taylor played at Duke from 1978 through 1982, and averaged about 12 points a game before being drafted by the New York Knicks in the 1983 NBA Draft.