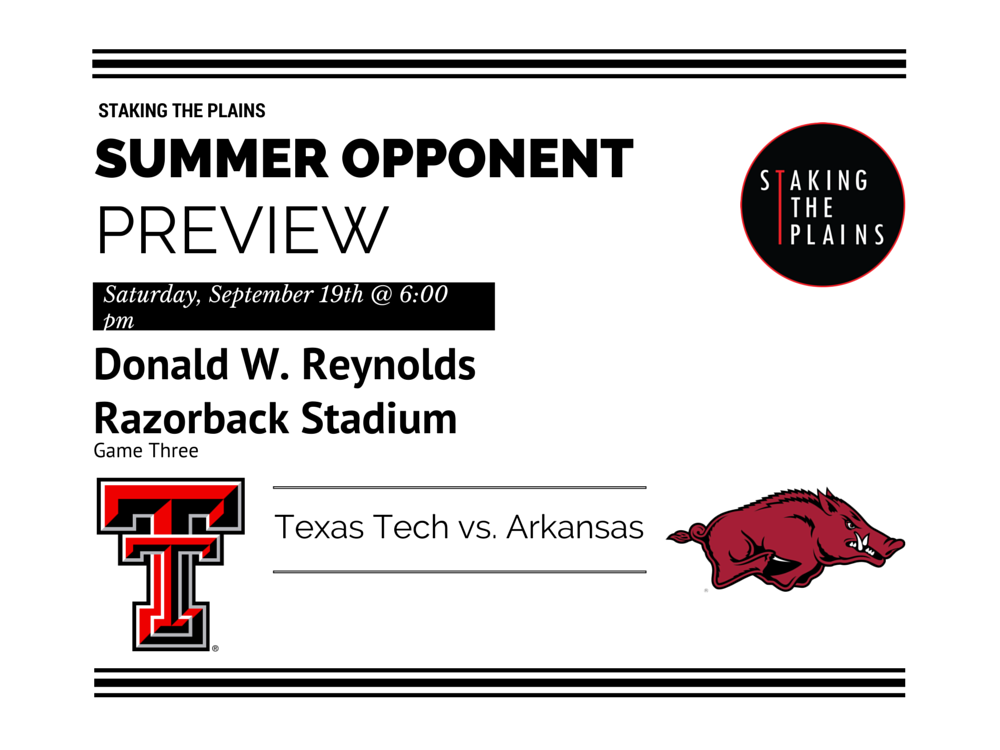 We take a look at the best players statistically that return for the Arkansas Razorbacks, including two standout running backs and a defense that must replace a lot of talent. Almost the entire offense returns and that’s problematic for most teams, including Texas Tech. The interesting thing here is that at Arkansas, running backs run the ball and receivers catch the ball. There is little in the way of receivers catching the ball out of the backfield. They’re either receiving the handoff or Allen is throwing it to someone. Henry is someone that I recall thinking could be problematic last year, but truthfully, if you don’t stop the run, you ain’t got a chance. I decided to add tackles here, because not every player that produces havoc stats makes a ton of tackles. I’d also add that I sorta like paying attention to the solo tackles and who’s joining in the pile or starting the pile. It should be mentioned that Arkansas graduated a ton of talent or that talent left to go to the NFL. We’ll get to that more in the next post, but a lot of the defensive standouts from last year graduated. Collins and Ellis are the most interesting prospects because they do a little bit of everything, especially Collins. That’s a good number of passes defended and also getting behind the line of scrimmage 4 times is impressive range, at least as far as I’m concerned.