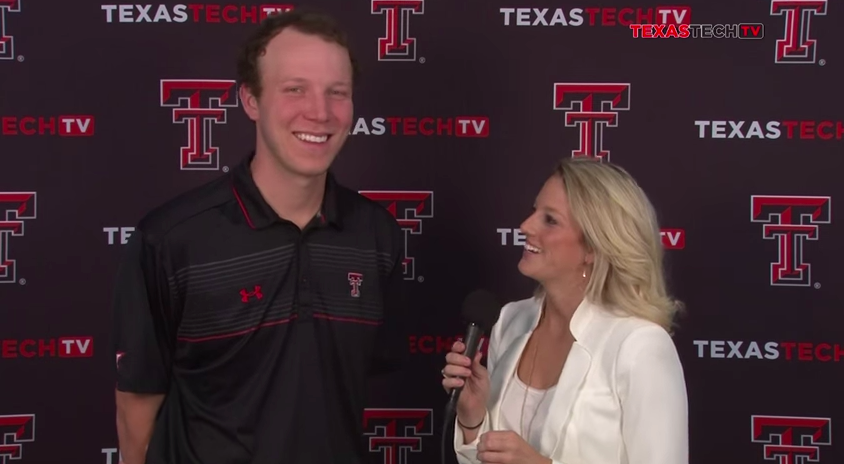 This is a big deal and I hope we all recognize what a big deal this is as Texas Tech’s Clark Lammert has been named the Big 12 Male Sports Person of the Year (via Big 12 Sports and Texas Tech), which is given to the student-athlete who displayed an extraordinary degree of sportsmanship, community service and academic achievement. This past year, Lammert started the Red Raider Reach Program and helped to organize his teammates and other programs to give back to the community:

The San Antonio, Texas, native is the founder and program coordinator for the Red Raider Reach Program, a community service initiative that he started in 2015 to increase involvement at local children’s hospitals from Texas Tech sports teams.

During the 2014-15 academic year alone, Tech student-athletes increased their community service by over 500 hours thanks in part to the Red Raider Reach Program. Lammert is a longtime member of the Tech Student-Athlete Advisory Committee where he currently serves as the Director of Community Engagement. His involvement in community activities earned him a nomination to the All-State “Good Works Team” for the 2014-15 season.

I can hardly organize a lunch with family, but Lammert did all of this, not to better himself, but to better the lives of sick children in the hospital. So he gave, when he most likely hardly had the time as a student and an athlete to do much else. Sometimes you make time. Lammert won’t ever be recognized for what he did on the court, but his affect on the entire athletic department will be felt for a long time. You give back at what you’re best doing and Lammert did that.