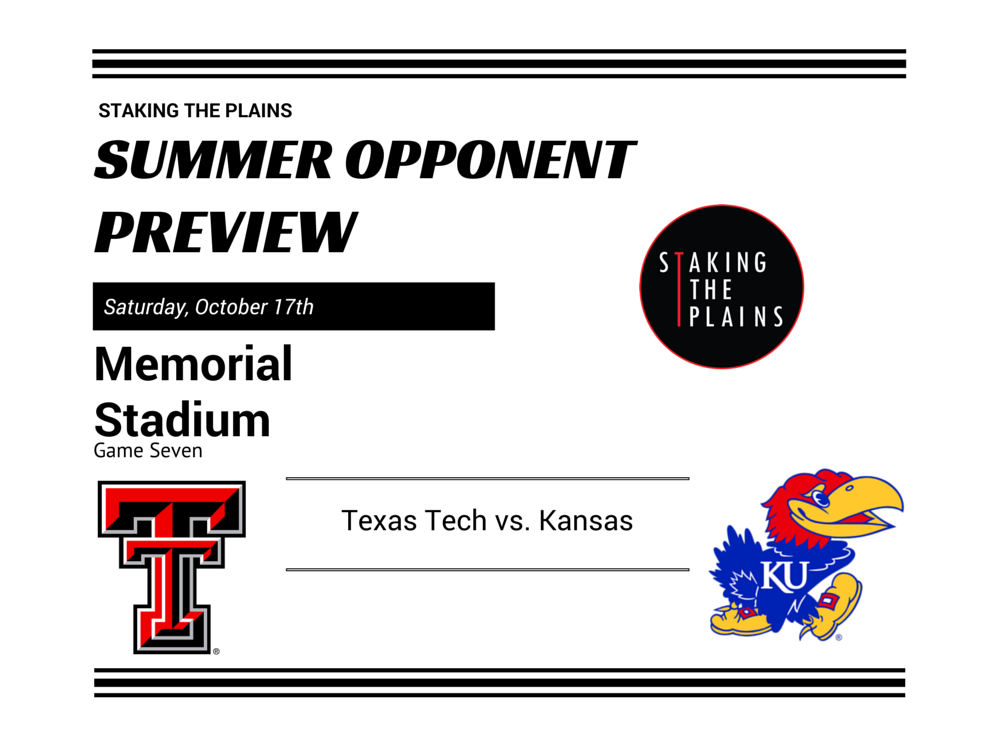 In Texas Tech’s seventh game of the year, the Red Raiders travel to Lawrence to take on the Kansas Jayhawks. Avert your eyes. With Corey Avery being kicked off the team, it’s not pretty. Not pretty at all. Fish. That’s for real. Just not a lot of returning stats. I just don’t know how this is going to happen. A couple of returning defensive linemen and Arnick seems to be a pretty decent player, but not a lot of stats here.