In our first Play Call Rewind, we break down Devin Lauderdale’s 64-yard touchdown reception in the first quarter.

The Pistol formation consists of the QB being behind center about 3 yards instead of the typical 5 yards in a shotgun set. The RB lines up directly behind the QB by a few yards, and typically has a second RB or a fullback lined up off the side of the QB. This formation and offensive system was popularized by Chris Ault at Nevada and has been implemented in offenses around the country.

Ideally, this formation allows the RB to have a better vision of the defense and allows for downhill running, similar to an I-formation set. It also allows the QB to retain most of the benefits of lining up in the Shotgun formation. 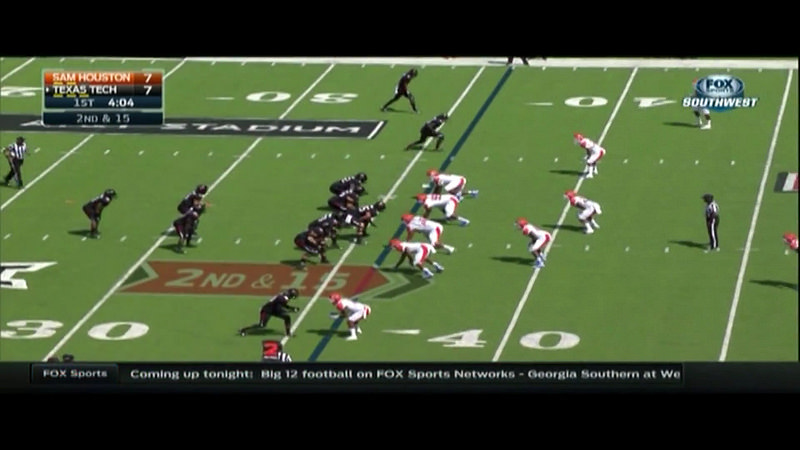 You’ve got Mahomes at QB, DeAndre Washington at RB, Quinton White at FB, Devin Lauderdale at X, Jakeem Grant at H, and JaDeion High at Z.

Please excuse the rudimentary rendering of this play, but it depicts that the outside receivers are running “Go” routes deep downfield, the inside receiver is running an out route at the first down marker, and the backs split at the line of scrimmage going in opposite directions. 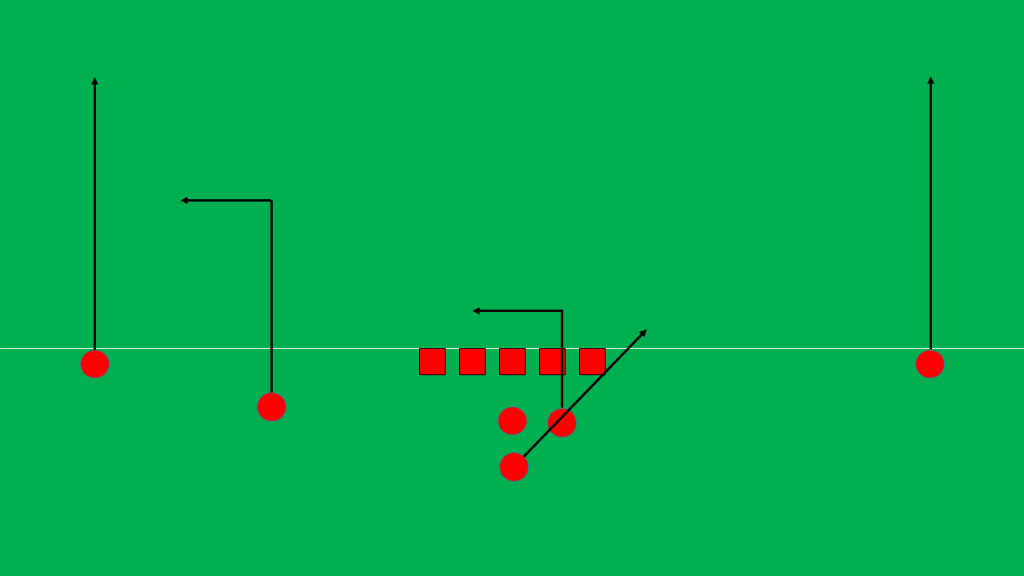 At the snap, Mahomes makes a quick play action motion to draw up defenders and create space in the passing lanes. 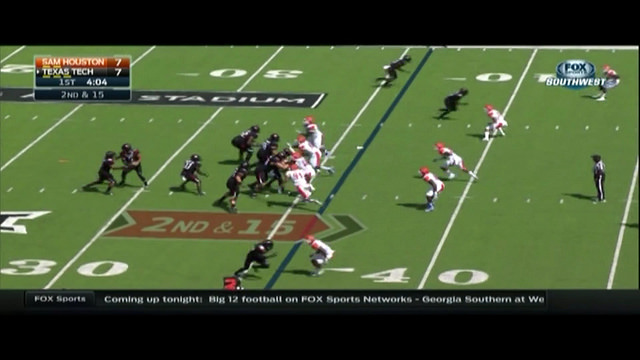 Both Quinton White and DeAndre Washington hesitate a moment in the backfield to further simulate the action of a running play and to pick up any free defenders that break through the offensive line to allow the receivers to get deeper downfield and Mahomes to make the throw. 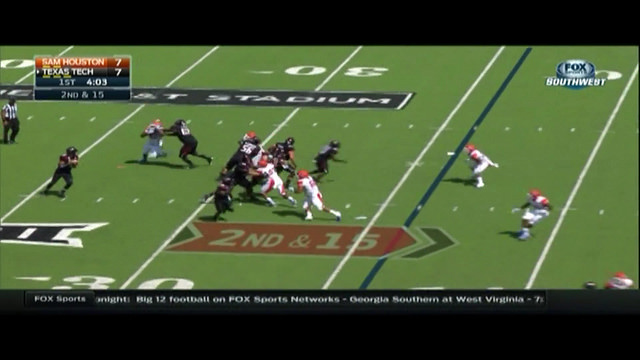 In the picture above, you can see the running backs releasing out into their routes and that the offensive line was generally providing a decent pocket for Mahomes to read the receivers and defensive backs. The defensive end has worked his way around LeRaven Clark, but Mahomes is getting ready to release the ball and is really in no danger of being sacked.

Mahomes identifies one-on-one coverage on Lauderdale on the outside and that Lauderdale is creating space. Mahomes only needs to lead him enough to keep the defender from being able to regain that ground and it’s a long completion. 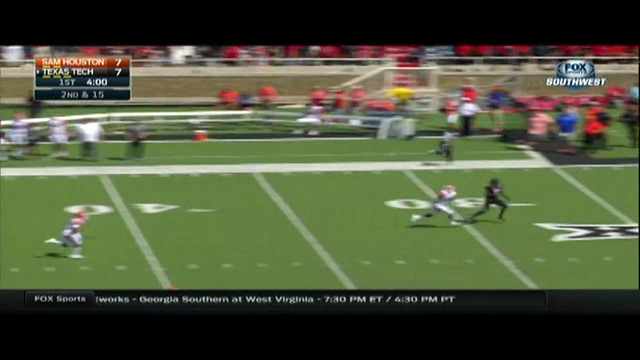 In this picture, you can see just how much space Lauderdale has created, which is plenty for Mahomes to hit him and lead him further downfield for the long completion and eventual touchdown.

I think we can come to expect this kind of downfield passing with Lauderdale, especially after his success last season going deep on the regular.

Thursday, we’ll take a look at a defensive play as Texas Tech gears up to host the UTEP Miners.