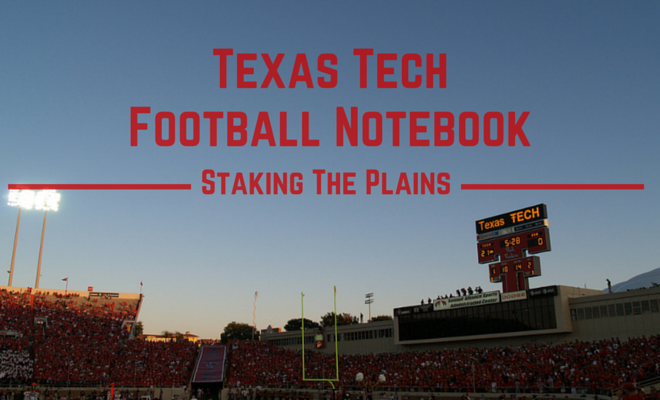 Linebackers Learning Fast. LAJ’s Don Williams writes that the two inexperienced linebackers, Kris Williams and Malik Jenkins, learned a lot against Sam Houston State. Williams said that physically he felt good and it was a mental thing with him:

“Physically, I was pretty good,” said Williams, a 6-1, 230-pound weak-side linebacker. “For me, I felt like it was a mental thing, just getting the nerves out of my system, just being on that stage after so long, but physically I felt good, like I could go for four quarters.”

“He’s a development kid,” defensive line coach Mike Smith said. “He’s a big body. He’s strong. He’s got to cut some weight and lean out some to help him move around better. But to me, he’s like a true nose — a hard guy to move. We’ve just got to work with technique and get him there.”

Some of you are yelling at your computer screens right now, saying that you’ve been saying that Thomas should have been moved to defensive line when he arrived. Keep in mind the lack of depth at offensive line over the past few years and now, that’s no longer an issue with the incoming freshmen offensive linemen. Not only that, but the dismissal of Josh Outlaw does create some depth issues. I hope that Thomas can find a spot here at defensive line and I’ve heard that the coaches love Broderick Washington, but you may not see him until next year (which is good considering the number of upperclassmen).

As always, there’s more quotes there.

Rankings. Lots of rankings at this time of the year, LandGrant Gauntlet is ranking the Big 12 quarterbacks each week and you might be happy about who’s #1 this week . . . ESPN’s Big 12 Blog Bros and LGG have their Big 12 power rankings . . .

Texas is Havin’ Fun. Via LGG, Texas announced that Jay Norvell would be taking over play-calling duties from Shawn Watson. Additionally, Texas hired some new PR person that was previously in charge of public relations for Applebee’s and IHOP, so things appear to be great at Texas.

Miscellaneous. Via LGG, LB Sammy Douglas is done for the season and james McFarland is close to being done and there is almost zero depth at linebacker for TCU now . . . via LGG, Kansas State loses starting QB Jesse Ertz for the season after just two plays . . . Rivals’ Jason Howell ranks the recruiting classes in the state of Texas and currently has Texas Tech 3rd, but are 4th in average star rating . . .