This week, we’re going to look at one of the plays from Air Raid lore, four verticals.

If you would like to look at the play diagram, just look at the cover photo for this post (just change adjust the formation a bit). 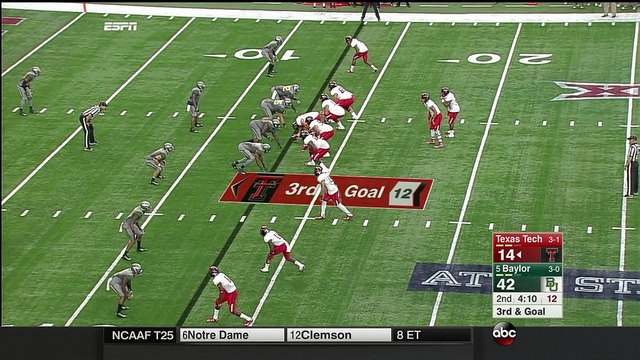 The offense is set with trips to the wide side of the field, to Mahomes’ left. Washington and Davis are to the Mahomes’ right. The receivers, outside to the inside on the left are Tony Brown, Jakeem Grant and Zach Austin.

Right after the snap, it’s pretty apparent this is four verts. None of the receviers are making any kinds of moves other than getting downfield. 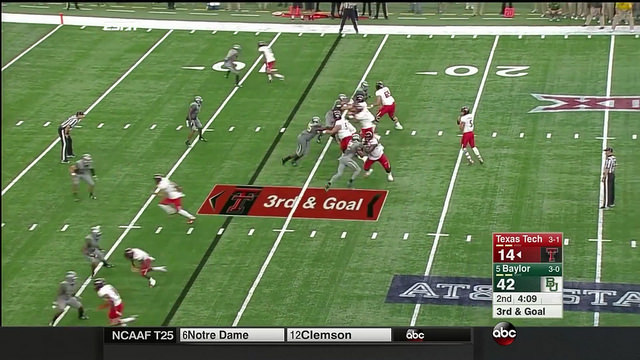 Mahomes is looking to the left and identifies Brown as his target. And with the defender staying even with Brown, Mahomes makes a veteran throw to a freshman receiver and throws a back shoulder fade. 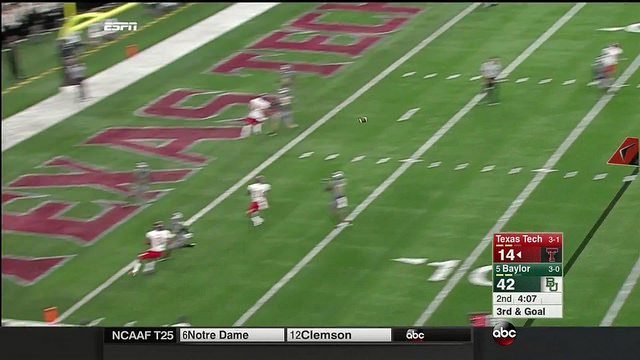 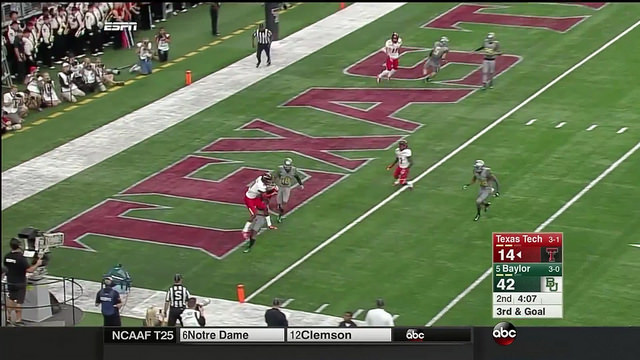 We’re starting to see the player and athlete that Eric Morris has seen in practice and evaluation. His future is bright and I look forward to seeing him develop some rapport with Mahomes.