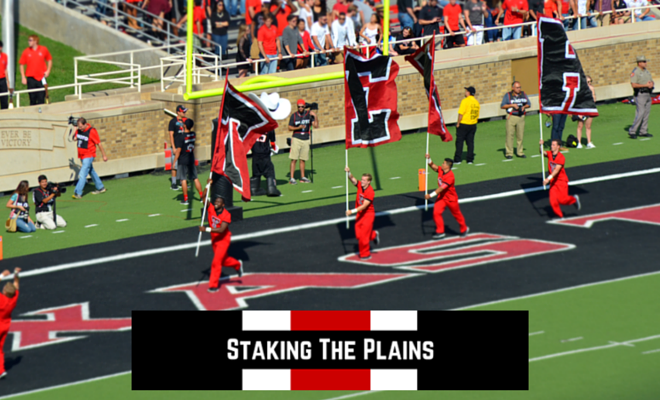 Texas Tech head coach Kliff Kingsbury has a handful of important decisions as he has to hire new assistant coaches and a new strength and conditioning coach.

On Saturday, Texas Tech announced that head coach Kliff Kingsbury will not retain strength and conditioning coach Steve Dennis. Dennis was previously at Texas A&M and at Houston, both places where Kingsbury was prior to arriving at Texas Tech.

There’s no doubt that Kingsbury hired a handful of coaches that he knew and we all somewhat knew that Kingsbury’s circle of coaches was limited, thus his initial hires were limited. I think that was maybe Kingsbury’s biggest failing as a head coach. Kingsbury coming into college coaching on a rocket train of graduate assistant to offensive coordinator to head coach meant that Kingsbury never really had the time to meet additional coaches, figure out who and what he might like in terms of coaches.

Kingsbury’s circle was relatively limited. With three years on the job, the hope is that this circle has increased.

But I’m getting a bit sidetracked. The timing of firing Dennis isn’t at all surprising, at least to me. With Texas Tech’s game against LSU in the Texas Bowl, it seemed incredibly apparent the difference between the two teams. LSU was a physical beast in comparison to Texas Tech. Their cornerbacks simply looked like guys that wouldn’t be pushed around. The defensive line simply mauled Texas Tech’s offensive line, through a combination of strength and speed. The LSU offensive line simply beat down and beat up Texas Tech, something that has happened all year. A good first half only to be followed up with a second half where opposing players had career games. Granted, this isn’t all about strength and conditioning, it’s about depth. Quality depth.

The consensus from watching the Big 12 this year appears to be that the Big 12 is far behind the SEC. This can either be favorable SEC match-ups, but regardless of that, the Big 12 wasn’t as physical as their counterparts. Texas Tech was physically over-matched by LSU. Oklahoma was physically over-matched against Clemson. Ole Miss simply whipped Oklahoma State. Arkansas kicked around Kansas State. The three Big 12 wins were wins over two Pac-12 teams, Arizona State and Oregon, as well as Baylor’s win over an ACC team that hasn’t recruited to a big-boy program just yet.

The easy thing would have been to keep the status quo. Honestly, the strength and conditioning was the last thing on my mind to change, but the more it settles with me, the more it makes sense. After seeing it up front and personal, I think that Kingsbury absolutely saw how LSU physically dominated his team. I struggle to really consider any one player that’s improved significantly, from a physical standpoint, since Dennis has been here. I’m sure that there are players who have improved, but off the top of my head, if you have to think hard about how a player has physically changed his body, then maybe it’s not working out. Physically, I don’t think that the players were stronger than the man that they lined up in front of him. It’s not always size, something I harp on quite a bit, but strength. Does Texas Tech appear to be a strong team?

It’s time to make a change. I honestly don’t know about Bennie Wylie. I think I’ve moved on from Wylie, he was great while he was here, but I’m never a real fan of going back to the well. My hope is that Kingsbury has broadened his horizons to the point that Kingsbury makes a hire out of left field. Someone that he’s been able to meet and establish a new relationship with. If it was Wylie, I wouldn’t be disappointed by any stretch.

Texas Tech is about to get a boatload of incoming defensive players that all need to be developed. They’re all raw and I wouldn’t expect that anyone of them will come in and start or even be a star immediately (That’s unfair for any true freshman, and was tough even for a guy like Breiden Fehoko who was higher ranked than any one of the incoming players). There are some very raw offensive linemen that are going to need be developed.

One other thought that’s been rolling my head, which is the idea that because Kingsbury didn’t hit home runs on all of his hires coming out of the gate, that he might need assistance. At the most, I think that Texas Tech athletic director Kirby Hocutt may give Kingsbury the green light to hire or fire someone. That’s Kingsbury’s boss, but I tend to think that the actual decisions are made by Kingsbury. I don’t get the feeling that Kingsbury is pushed one way or another by Hocutt, that doesn’t seem like Hocutt’s style. Via the LAJ, Hocutt all but said that Kingsbury makes those decisions:

“I’ve got great trust and confidence in coach Kingsbury,” Hocutt said. “He makes the decisions on who he surrounds himself with and who his assistants are, because at the end of the day and the end of every season, I hold him accountable for the results. So it has been a difficult week in that regard, but coach Kingsbury makes the decisions as to who he surrounds himself with.”

There are a few more take-aways here.

It’s a critical time for Texas Tech going forward. Can’t wait to see how it all plays out.