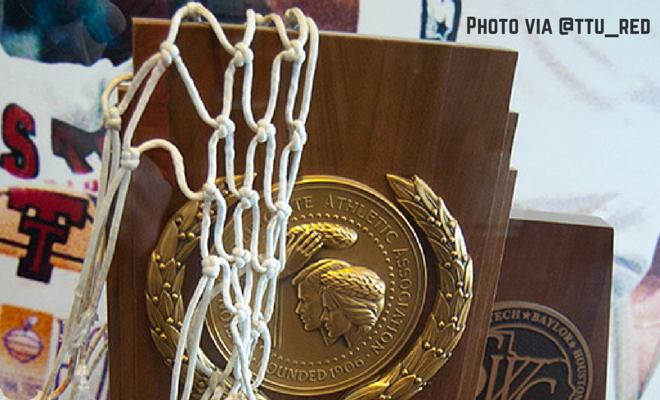 The Lady Raiders (13-17, 3-15 Big12) had their best game of the season last night and beat the Iowa State Cyclones (13-17, 5-13 Big12) in the first round of the Big12 2016 Phillips 66 Women’s Basketball Tournament 89-84.   I am so glad that the team figured things out before the end of play this season.  I had seen signs in the last few games that this squad was starting to click and the momentum was building in these players.  I have said it a number of times this season, the future is bright for the Lady Raiders with players like Japreece Dean,  Ivonne CookTaylor and Dayo Olabode and the new transfers and recruits coming in next season.  Dean had her best game yet with 28 points and 5 Rebounds and 5 Assists.  Dayo Olabode had 20 points and 4 Rebounds.  Adding to the win last night, Ivonne CookTaylor scored 14 pts, 5 Rebounds and 3 Assists.  The newest starter for this squad, Zuri Sanders had 13 points and 14 rebounds.

Q. “Coach, you guys talked about tempo, sharing the ball, but 43 points in the first half, just five less than you had the entire game last time at aims, just the shots dropping, was there energy? What was the difference?“

COACH WHITAKER:  “Yeah, this team, there is no disguising when they’re good and when they’re bad and it typically is directly related to their energy and their effort, how hazard they are playing, how locked in they are, you know, and the tempo that they play with. We can show them, it’s very black and white with them. When they’re in games and competing and playing hard, they — you know, the results is usually — we’re at least in a game if we don’t win it. When we haven’t been in games it’s been because we found a lack of energy within the team and it’s a young team that’s really — they’ve searched for leadership all year long so that’s been a battle but definitely proud how we finished our season, that we figured out a lot of things out, that we figured out we have to bring energy every day in order to perform at the highest level.”

Q.“Coach, you talk about scouting, eating and sleeping. What else are you going to have to do to beat a team like Baylor that’s playing as well as they are right now? “