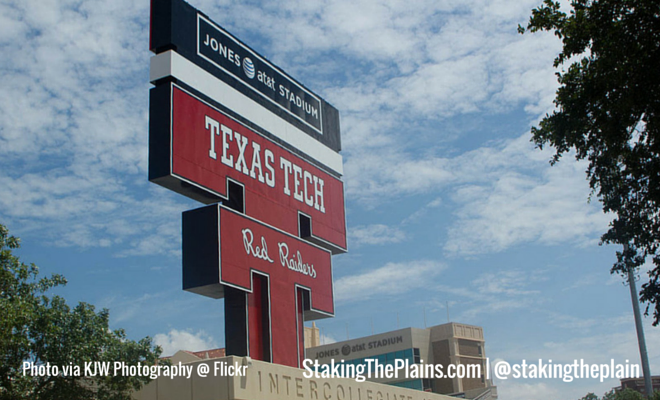 This is the opposite of fun, but probably necessary.

Well, my Saturday cleared up as a result of the weather.

Texas Tech announced yesterday that they will hold an open practice today at 3:30 pm. The practice will not be televised and the decision to move the game was in anticipation of the impending rains that are headed to Lubbock on Saturday, and Sunday.

“We do not want many of our loyal fans to drive to Lubbock on Saturday, only for us to cancel several our events as they arrive,” Texas Tech Senior Associate Athletics Director Robert Giovannetti said. “That is why these decisions are being made today. The safety of our fans, coaches and student-athletes is always a priority when we host home events. We have communicated with the National Weather Service throughout this week and their projections do not indicate that our football or track and field programs will be best served by competing on Saturday.”

This is the last practice for the team and I can certainly understand that the team wants to have a solid two hours of practice before summer workouts.

The downside of all of this is that Texas Tech was expected to host a handful of recruits on Saturday and now, that won’t happen.

It appears that the coaches have countered and will attempt to hold an open scrimmage in August. Head coach Kliff Kingsbury mentioned on Wednesday that it was important to get these players on campus, and with the ban on satellite camps, Kingsbury mentioned the importance of spring evaluations and getting players to see the Texas Tech campus.

On a few levels this stinks because I really wanted to be able to watch some football and hopefully there will be some extended video of the open practice. For all of you who were intending on going to the game, this stinks on a couple of levels. No drinking. No drinking. Etc.

I intended on doing a few more write-ups on the spring game, including one today and one one on Saturday. You’re not officially robbed of that. What you can do is go back and read everything that I’ve written about the football program this spring. This should keep you busy at least until noon.

Consider this your open thread for anything that you catch on Twitter and what not, the what not being the most vital of social networks.