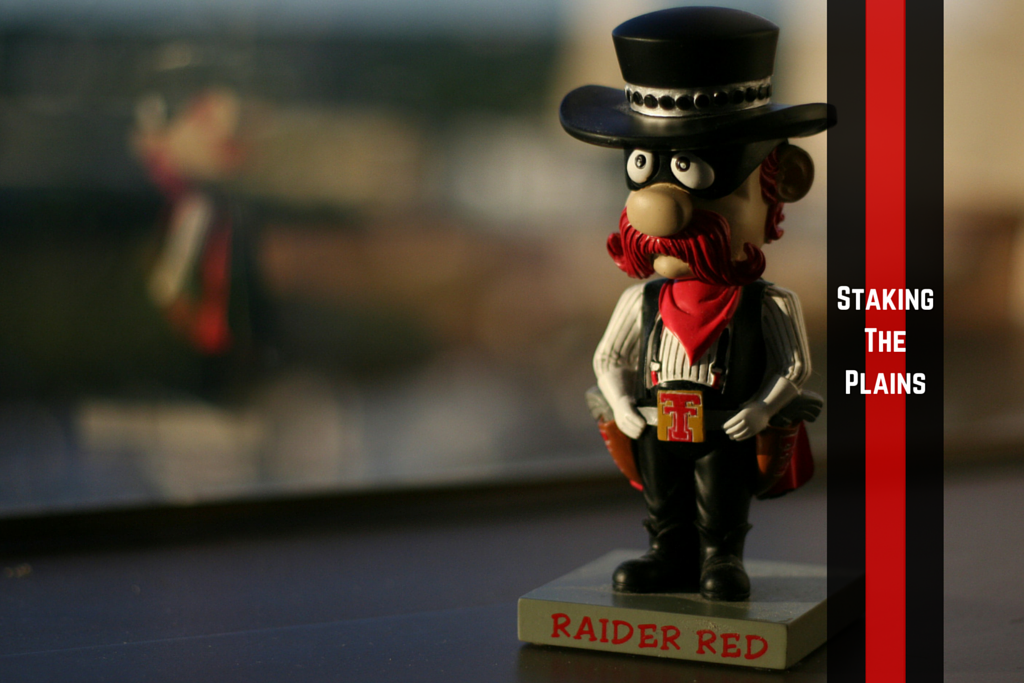 We delve into part one of the results from the first annual Staking The Plains fan survey, where we discuss the football team.

Because I asked so many questions, I’m breaking up the survey responses into three parts, the first part is the football portion, which is today, and the second part will cover both men’s and women’s basketball, while the third part will cover baseball and the general athletic department questions I asked at the end of the survey.

Most of you think that Texas Tech finishes either 4th or 3rd and I think that’s a bit bullish. I’m thinking 5th is the sweet spot and am a bit surprised more folks didn’t pick that spot.

It was pretty much a slam dunk that it was Oklahoma to win the big 12 with Texas Tech, coming in at second place (they are the dark red part of the pie graph) with 6.8% of the votes.

It seems that you are very satisfied with the job that Kingsbury has done as a head coach. I wasn’t sure what to expect, but this seems about right.

I am surprised that you all think that Mahomes will throw for 5,000 yards, but he did throw for 4,600+ last year as a true sophomore. I think the offense is going to be just as balanced, and if he does throw for over 5,000 yards then look the flip out.

You all have officially bought into Derrick Willies and I have too, as long as he stays healthy, I think he’s going to be really good. Lauderdale was next and then Dylan Cantrell with Ian Sadler and Cameron Batson up next.

A super-majority thinks that Stockton will get the lion’s share of the yards right now and I can’t think of a reason why not.

Not a surprise that Hinton gets the nod as who you think will be the leading tackler with Jah’Shawn Johnson coming in second and Luke Stice coming in third overall.

A lot of you, early a majority, think that it is time for Gary Moore to shine and are predicting that he leads the team in sacks this year with Breiden Fehoko coming in second. I don’t think there’s any way that Fehoko gets close to the sack total, but if he does, then there are a lot of things going right with the defense.

I’m again surprised at the results here, over 80% want to sign Gibbs to an extension today. I’m for it as well. I think continuiuty will be terrific for this team.

I didn’t include the all-whites, but I probably should have. Even then, I’m surprised that the all-blacks didn’t win this poll and I’m glad that the red jerseys with the black helmet and black pants won.

Thought this would be a bit funny and am surprised that 42% of you didn’t agree with Mahomes.

Kliff is clearly responsible, but am surprised that Tuberville still gets 28% of the votes even though he’s been gone 3 years. Of course, a handful of his players finally are out of the program so he really can’t be blamed moving forward. Tuberville may have been one of the worst things to happen to this football program.