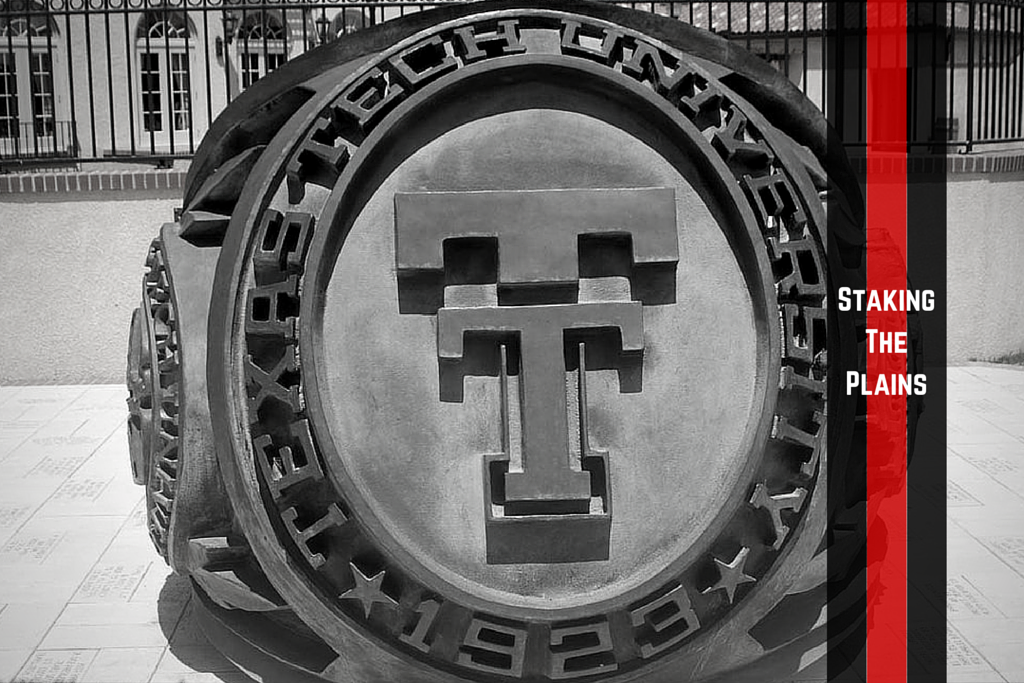 We recap the mid-term signing day for Texas Tech

These are your mid-term signees from yesterday. The official site has a quote from head coach Kliff Kingsbury about the early enrollees:

“We are excited about all our mid-year signees,” Kingsbury said. “We believe this group will provide us great depth as we move into the spring. I anticipate us having a very competitive spring semester.”

The commitments of both Lane and Morgan were completely unexpected for me and they totally change the complexion of the class overall. The only cornerbacks on the roster that saw significant playing time last year are D.J. Polite-Bray, Douglas Coleman and Desmon Smith. Demarcus Fields had to redshirt last year after an injury and Smith seems like a natural safety rather than a cornerback. Still though, that’s only three cornerbacks who saw any significant time.

With the addition of Lane and Morgan along with the 2017 signees, this immediately moves to a position of some decent depth, it’s really young depth, but I’ll take it over the alternative.  And despite how well Coleman played last year, I could see him and Smith moving to safety at times and then having Lane and Morgan at the cornerbacks?  That sounds fun. Or how about Coleman in the slot? There are just so many more options now as a result. And no offense to Kisean Allen, but Dorsey at a safety spot with Lane and Morgan really transforms the entire defensive backfield in just one day.  Texas Tech has been searching for a second safety prospect for Gibbs’ entire tenure it seems like.

And I don’t have time to touch on Hines, Jones and Carter’s impacts, but yesterday was a good day for Texas Tech football, in particular the secondary.

LAJ’s Don Williams talked quite extensively to Jaylon Lane about his flip from Oregon State to Texas Tech. Lane said that he was offered a spot by defensive coordinator David Gibbs coming out of high school, but Gibbs told Lane not to rush into his decision and now that ended up paying off for Lane. I mentioned the strange incident in Lane’s commitment post and it turns out that Lane was academically ineligible after graduating from high school, hence the transfer to a junior college:

“They asked all about it,” Lane said. “Coach Kingsbury took it to the (athletic director Kirby Hocutt). They know the details. A lot of people don’t know the full story. It’s something the coaches know. The athletic director knows. Actually, they looked into that before they even gave me the (scholarship) offer.”

Lane was committed to Oklahoma State before the incident. Eventually, he was academically ineligible. He played his freshman year at Jones County (Miss.) Junior College and this year at Independence.

What a sweet picture. Signing with a Power Five school means a lot to a lot of kids. Don’t ever take it for granted.

Speaking of Dorsey, I found this from WBRC about Dorsey’s commitment:

Defensive back Vaughnte Dorsey was a late focus for Southern Miss, but the Cleveland (MS) native inked with Texas Tech. Mississippi Gulf Coast head coach Chad Huff said most of his offers came in during a strong sophomore season performance, finishing with five pass breakups, one interception and 44 tackles in nine games.

ETSN’s Phil Hicks talked with McLane Carter about his signing with Texas Tech and Carter does think that Patrick Mahomes does declare for the NFL draft, but either way, Carter is good learning from Mahomes or trying to take the starting job:

“It felt like home,” Carter said during a ceremony before family and friends in the foyer of Wagstaff Gymnasium. “What a great opportunity to play for coach Kliff Kingsbury and Texas Tech and in the Big 12.”