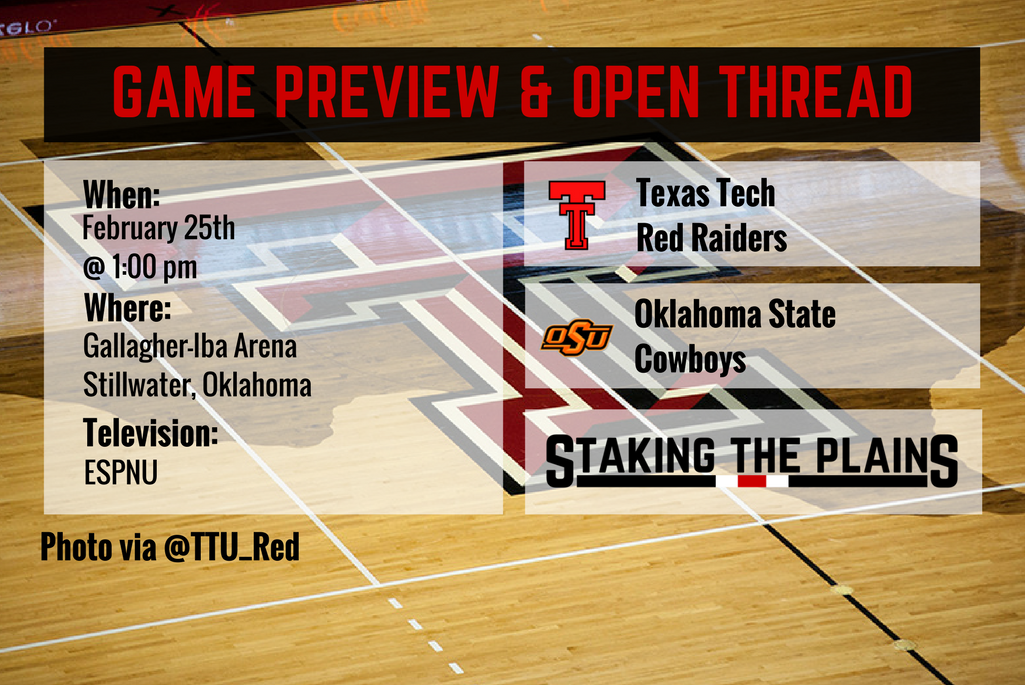 2. The most difficult thing about playing Oklahoma State is that J. Evans is so danged good, he opens up so much for the Cowboys and Forte and Carroll feed off of the play of J. Evans (again, he’s a dual threat because he averages over 6 assists a game and 18 points). Don’t get me wrong, Forte and Carroll are good in their own right, but Evans opens up a bunch for them.

3. Oklahoma State’s run started against Texas Tech where they won by 19 points. They had lost their first six conference games and other than a loss to Baylor, Oklahoma State has won 9 of 10. The Cowboys are essentially the Texas Tech of last year.

4. Texas Tech’s best chance of winning this game is to play terrific team defense and they’ve got to rebound the h*ck out of the ball (shout-out dog rates). Stevenson, Gray and Evans are going to have to be terrific on the perimeter to stop the onslaught of the Oklahoma State offense.

“The guys have been great,” Texas Tech head coach Chris Beard said. “We talk a lot about perseverance in our program, and this is just a great opportunity to do that. We’ve got a day-to-day process that we have talked about many times before. That’s really the key: just play good days back-to-back. Those days become good weeks, and a couple of good weeks will become good months. We’re close in a lot of ways, and I think we’ve got a lot of good basketball left in the remainder of the season.”