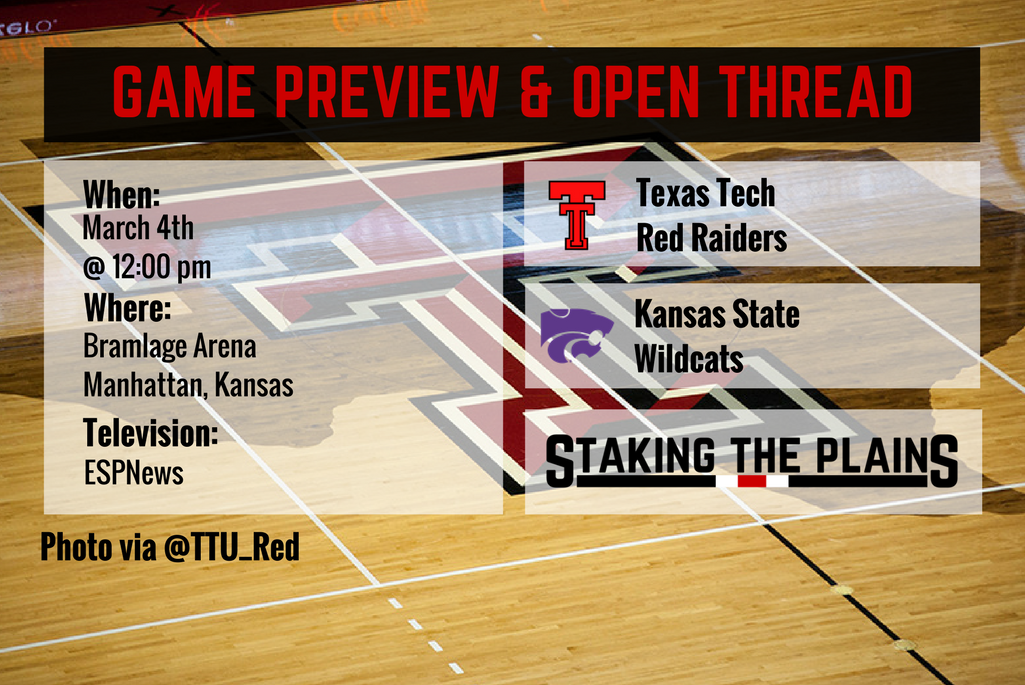 2. The last time these two teams met, Texas Tech eeked out a 1 point win at home against a then ranked #25 Wildcats. Stokes absolutely went off against Texas Tech, going for 17 points on 6 of 10 including 5 of 7 from the three-point line. Kansas State actually shot 10-20 from the three-point line and that has to be cleaned up (heck, K-State also shot 50% from the floor). The difference in the game was essentially Texas Tech hitting their free throws and shooting more free throws as well as having 6 fewer turnovers.

3. Kansas State is definitely on the bubble and if you were to look at last year, Kansas State most certainly would have gotten in, however, Texas Tech and K-State could end up with the exact same record as Texas Tech, 7-11, with Texas Tech having the tie-breaker because of the head-to-head match-ups. As Dan correctly pointed out, Texas Tech has a chance to finish higher than they have since the 2006-07 season.

4. If Kansas State does win, I do think they’re in, but it’s close. If Texas Tech wins, I don’t have a clue to be honest with you. Last year, Texas Tech had a .500 record (and still finished 7th overall) in conference and this year, They’re a few games under that. I still think Texas Tech needs some more work in the Big 12 Tournament, where if they finish 6th, they could have a bye in the first round.

5. Texas Tech will lean on the guys that brought them here thus far, Keenan Evans will need to dominate the point guard spot and I’d love to see Justin Gray continue his scoring like he did against Texas, but Iwundu is going to be a tougher match-up for Gray. If Texas Tech plays like they did against Texas, sans the turnovers, then I like Texas Tech’s chances on the road.