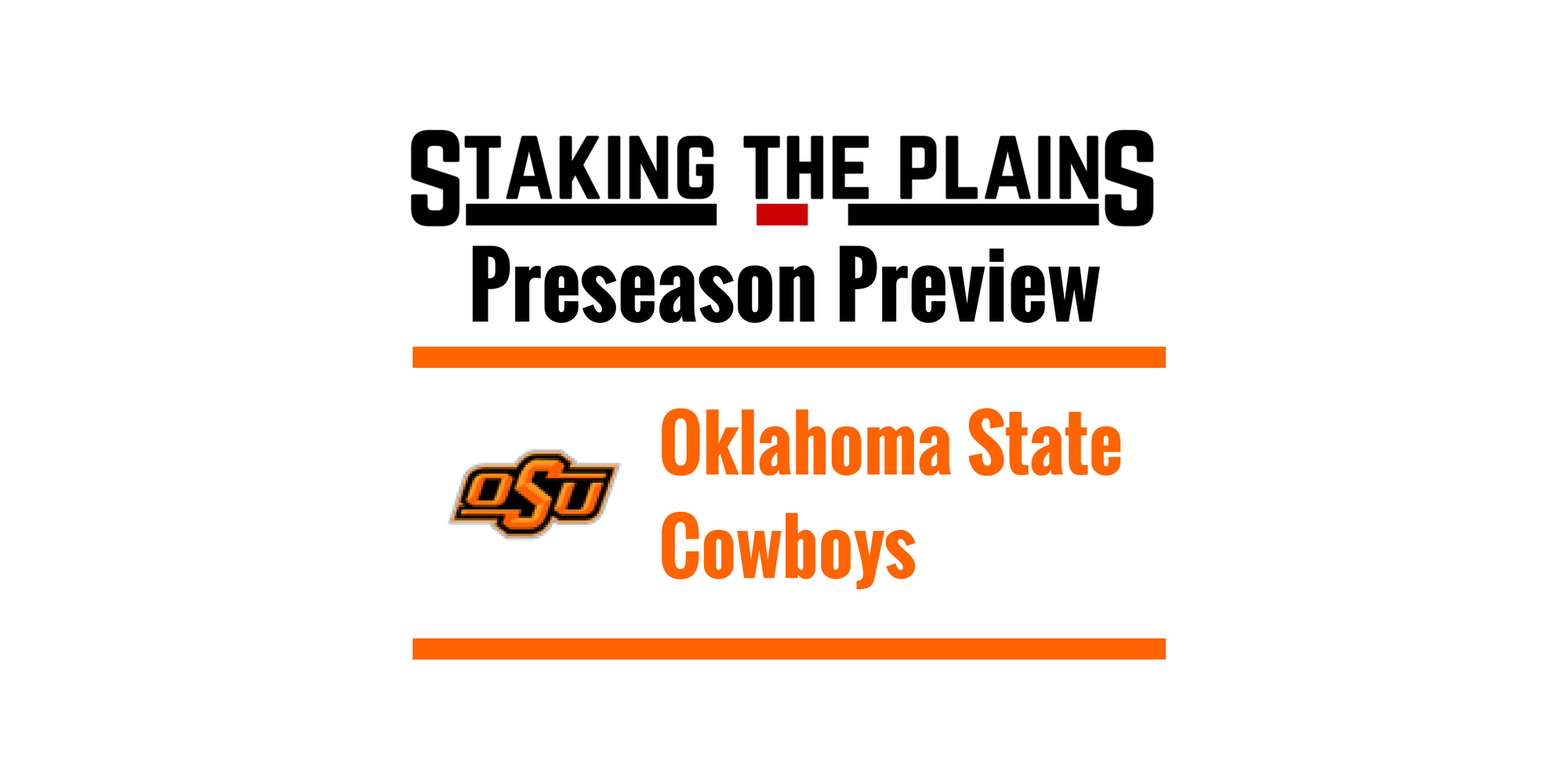 The Oklahoma State Cowboys have had Texas Tech’s number for way too long.

An absolutely terrific year was really somewhat ruined by a bad call in a game against Central Michigan, a game that the Chippewas won, but shouldn’t have won. The Cowboys also, and I’m just not sure how, lost to Baylor early in the year, but then the Mullets reeled off seven straight wins before Bedlam where they lost by 18 to what was a very good sooner team. The Cowboys then demolished Colorado in their bowl game by 30 and it really wasn’t even that close.

Rudolph is likely a first round draft pick in next year’s NFL Draft and he should be because he’s got everything that you’d want in a NFL quarterback. He’s got size, a big arm and he’s really good. Rudolph completed *only* 63% of his passes for 4,091 yards, 28 touchdowns and just 4 interceptions. Those 4 picks are incredibly appealing because mistakes = losses. It helps to have a more balanced offense, particularly behind sophomore running back Justice Hill, who ran for 1,142 yards and 6 touchdowns. That balance makes Oklahoma State incredibly difficult to defend.

Daniels really wasn’t that good, but he was a true freshman and the Cowboys will lean on Daniels quite a bit this next year because they are having to replace Vincent Taylor and Motekiai Maile, who were very good last year. Combined, Taylor and Maile combined for 19 tackles for loss and 9.5 sacks, which is terrific in terms of production from your defensive tackles. Daniels will need to be a huge part of the equation moving forward. And in case you forgot, Daniels’ father is a Texas Tech alum. Sigh.

There’s probably every reason to think that Oklahoma State’s offense is going to be elite. They return enough on the offensive line and a ton of skill positions to think that this is a team that is going to wreck shop offensively. Defensively though, the Cowboys lost quite a bit of talent. S Jordan Sterns was terrific for OSU, as was LB Devante Averette, the aforementioned Taylor and Maile. That’s not to say that Oklahoma State doesn’t return good players, because they do. Cornerback Ramon Richards, safety Trey Flowers, Linebackers Justin Phillips, Jordan Burton and Chad Whitener and safety Kenneth Edison-McGruder. Still, you’re taking a lot of talent off of the defense that was only 67th in S&P+, 77th in rushing S&P+ and 66th in passing S&P+. You’d think that the Cowboys would fall off a bit, but probably not enough to be detrimental.

It’s been ages since Texas Tech beat Oklahoma State, last year being a heart-wrenching 1 point loss in Stillwater. It’s crazy to think of all of the games that just didn’t go Texas Tech’s way last year and that game was definitely one of them. Texas Tech just hasn’t had Oklahoma State’s number and it being this early in the season, maybe there is some thought that Oklahoma State will still be getting their sea legs underneath them defensively, but I don’t think Texas Tech has enough firepower to outlast the Cowboys. Actually, I’m pretty sure that Texas Tech doesn’t have enough firepower, unless Willies and Cantrell absolutely ball out (yes, I know what ball out means).