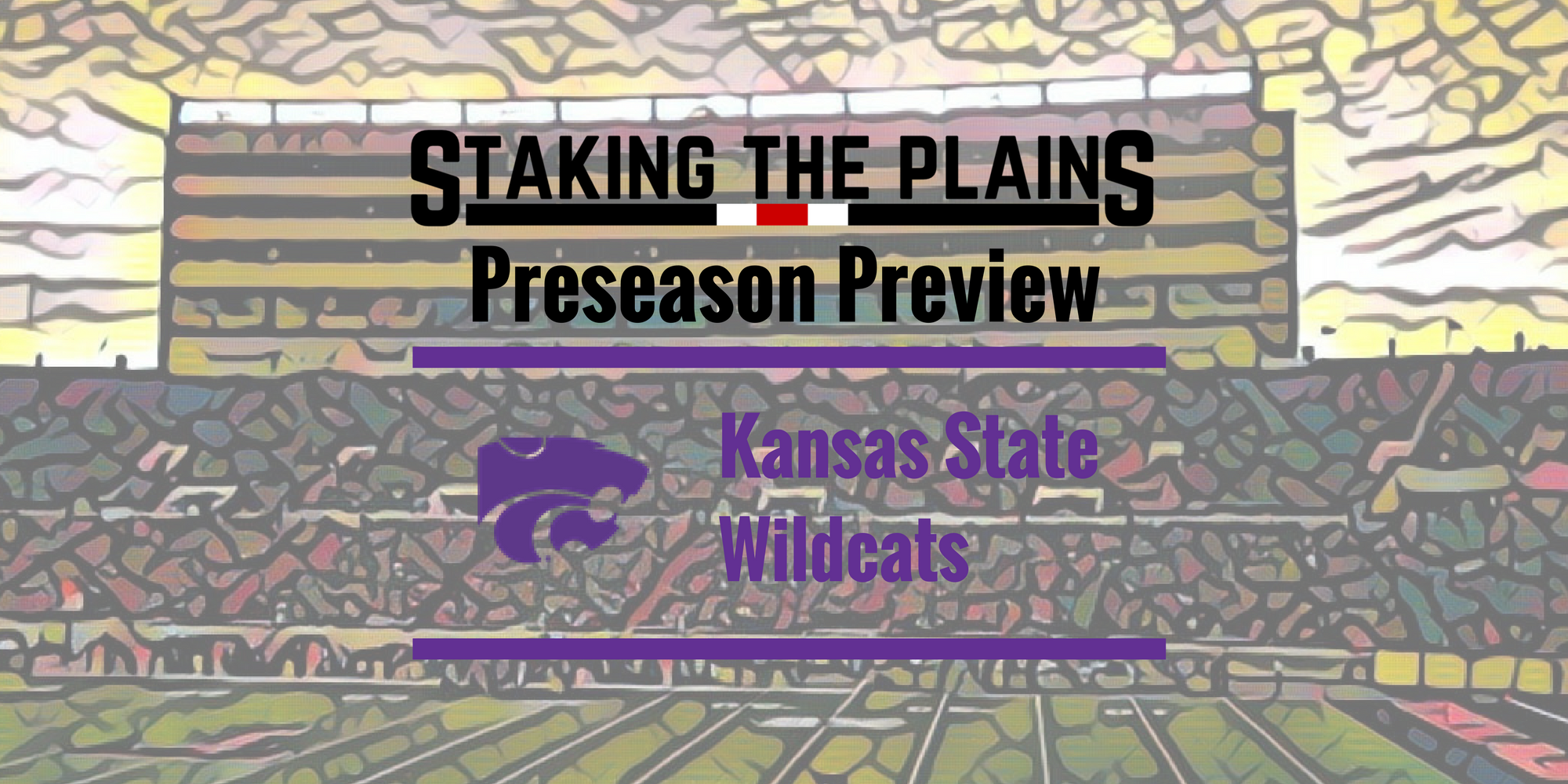 A preseason preview of the Wildcats of Kansas State.

The Wildcats opened with a very tough game on the road against Stanford, losing by 13 and then finished off the rest of their non-conferenced schedule by easily beating Florida Atlantic and Missouri State. KSU opened conferenced play on the road against West Virginia with a 1 point loss, then beat Texas Tech by 6, then lost on the road to Oklahoma. The Wildcats then won their next two, beating Texas by 3 and Iowa State by 5 before losing to Oklahoma State at home and then K-State rattled off four wins in a row to finish off the year, including a 33-28 win over Texas A&M.

Reed had an astounding 16 passes broken up as well as 3 interceptions, which is 19 passes defended on the year. For comparison purposes, Texas Tech had 51 total last year. Reed also had 68.5 tackles last year, which was second on the team and he also had 2 forced fumbles. Reed is one of those JUCO players that just stepped in last year and performed really well.

As a freshman last year, Walker had 34 tackles, including 11.5 tackles for a loss, 6.5 sacks, 2 pass break-ups and 3 forced fumbles. Pretty good production from a freshman. It certainly helps to have someone like Jordan Willis on the other side of the line (he’s gone to the NFL) along with Will Geary to help anchor a solid defensive line. Based off of Walker’s freshman performance, he earned preseason honors for the Big 12.

Ertz was fantastic last year, and it was predicated on his ability to run the danged ball, where Ertz ran for 1,129 yards, about 7 yards a carry, to go along with 12 touchdowns. That allowed Erz to pass for 1,755 yards, completing 58% of his passes, 9 of them for touchdowns and 4 of them interceptions. It’s clear that Erz is the straw that stirs the offensive drink for the Wildcats, but they also return sophomore running back Justin Silmon who ran for 464 yards on 86 carries and 3 touchdowns and fullback Winston Dimel (son of offensive coordinator Dana) who had 30 carries last year, 12 of them were for touchdowns.

This Kansas State team has all of the makings of being a very good to great team. A very solid offense and a defense that returns more than enough key players to tackle the Big 12. The key for me is Ertz returning, K-State always seems to have a down year when they start a new quarterback and with a full year under Ertz’s belt, you tend to think that the offense should receive a bump in production.

The offense only loses one offensive lineman and Charles Jones graduated, but K-State played 3 or 4 running backs last year that all received a decent amount of time.

If you wanted reasons to be concerned, it would certainly be on defense, where the top two linebackers moved on, Elijah Lee and Chameachealle Moore were the 1st and 3rd leading tacklers for Kansas State while the aforementioned Willis is also gone. He was a monster on the defensive line. The defensive backfield is also a bit thin with the graduation of Dante Barnett, who had 56.5 tackles last year and 3 pass break-ups, and Donnie Starks who had 41.5 tackles. That’s some pretty important production missing from Kansas State and you’d think that would affect them overall, but they’ve always been pretty danged consistent.

This will be the 9th game for Texas Tech and will host the Wildcats. This is always one of those teams that fans tend to think that they can beat, but then when it gets down to it, Kansas State is incredibly tough to beat. Texas Tech is 7-3 against Kansas State in Lubbock and as of the last two years, it’s one win for Texas Tech in 2015 and one for K-State in 2016. This will be a broken record, but you’d think that the game is largely dependent on the defense’s ability to stop Ertz.