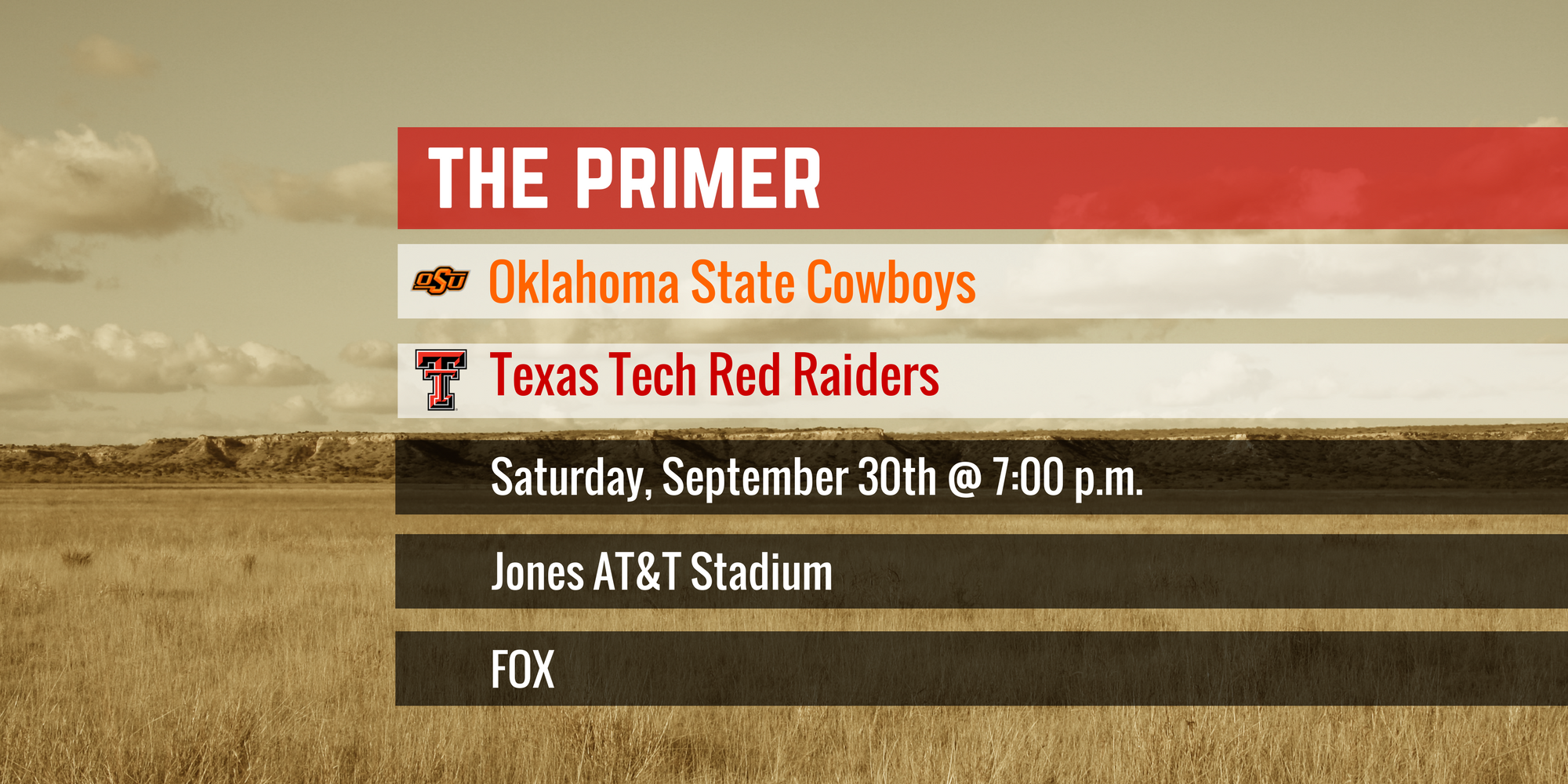 An early look at the Oklahoma State Cowboys.

I was not really expecting this result for Oklahoma State for this game. An absolute beat-down for Oklahoma State losing to TCU, 44-31, at home and the score was maybe closer than it appeared. Oklahoma State put up nearly 500 yards of offense, but turned the ball over 4 times. Not only that, but the TCU running game absolutely took advantage of Oklahoma State, gaining 238 yards on 52 carries and 4.6 yards per carry. TCU seemed to have the blueprint for making life miserable for Oklahoma State and I wonder if Texas Tech can replicate it.

And the quarterbacks were really asked to do different things, as Kenny Hill completed 67% of his passes for only 228 yards. Manage the game. Meanwhile, Mason Rudolph only completed 54% of his passes for 398 yards, 2 touchdowns and 2 interceptions. Rudolph seemingly has to be better and so does the defense.

For Texas Tech, a win over Houston is a big deal because I think most didn’t think that Texas Tech would be 3-0 on the year, having to travel to Houston and take on that 16 game winning streak. I don’t know if this is going to be a redemption tour, but it sure would be nice if it was.

There’s no doubt that Texas Tech is going to lose a game sooner rather than later, but I’d like to keep this party going for a while.

This game is ridiculously important for Oklahoma State, who has beat Texas Tech since 2008, that’s nearly a decade of wins for the Cowboys and it’s one where Texas Tech hasn’t really had much of a chance. Oklahoma State has been dominant since 2008. Oklahoma State needs that first conference win, but they’ll have Baylor after Texas Tech, although who knows if that will really be a break.

What to Know About Oklahoma State

The offense is le by Mason Rudolph, the senior quarterback who has played lights out. The battle for the best quarterback in the Big 12 is essentially between Rudolph, Baker Mayfield and Nic Shimonek at this point of the season.