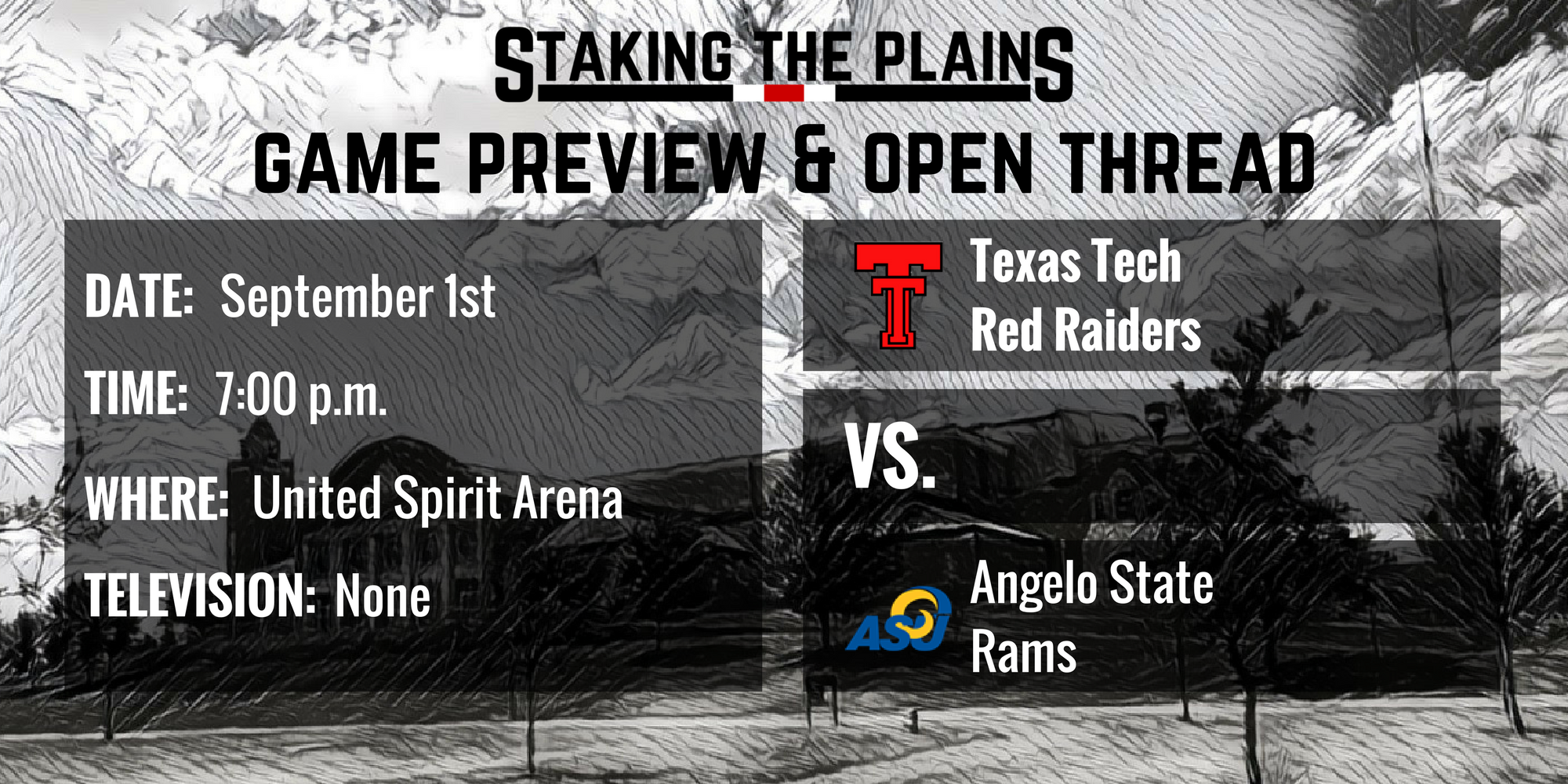 1. KenPom has Texas Tech as the 33rd best team in teh nation, 37th in AdjO and 33rd in AdjD. Angelo State isn’t listed here. I think this is a pretty high preseason ranking for Texas Tech, one of the higher that I’ve seen.

2. If you are looking for other preseason prognostications, SI predicts the Big 12 and has Teas Tech finishing 6th overall, with a 9-9 record (which is the same record as Oklahoma and Texas). Here’s what they had to say about Texas Tech:

Keenan Evans quietly put together one of the better seasons of any point guard in the Big 12 in 2017. It wasn’t enough to get the Red Raiders into the tournament, but he might be able to propel them into the field of 68 in ’18, particularly since power forward Zach Smith decided to return to Lubbock after entering the draft pool without hiring an agent.

3. And if you need your daily motivation, ESPN’s Myron Medcalf had the toughest jobs in each state and writes that it is Texas Tech:

It’s a school with a strong fan base and good facilities, but Lubbock is nearly 350 miles from Dallas, 400 miles from San Antonio and more than 500 miles from Houston, the three biggest metro markets in the state. That’s Chris Beard’s most significant challenge.

This part is true, that all of these other schools are close to a major metropolitan city, at least more so than Lubbock. This is probably how you look at it, is it a burden or a benefit to be away from things

4. A quick note about Angelo State. The current head coach, Cinco Boone, was an assistant coach when Chris Beard was there and he took over the program when Beard left. I’ve obviously totally guessed on the starting players because I really have no idea who will start namely because Boone has completely remade the roster. I could only find two returning players of the whole bunch, a ton of transfers and JUCO transfers. I just have no idea who is going to play.

5. This is an odd roster for Texas Tech in the sense that you’ve got five guys returning that played significant minutes, and then two guys who sat out as transfers and are probably mostly acclimated to the system, two JUCO guys who obviously have some pretty good experience playing at high level JUCO ball and then the rest are four very green freshmen. Figuring out who and what those freshmen can do is going to be interesting. Beard has set this team up so that Francis, Edwards and Webster are the team leaders next year with the freshmen in complimentary roles.