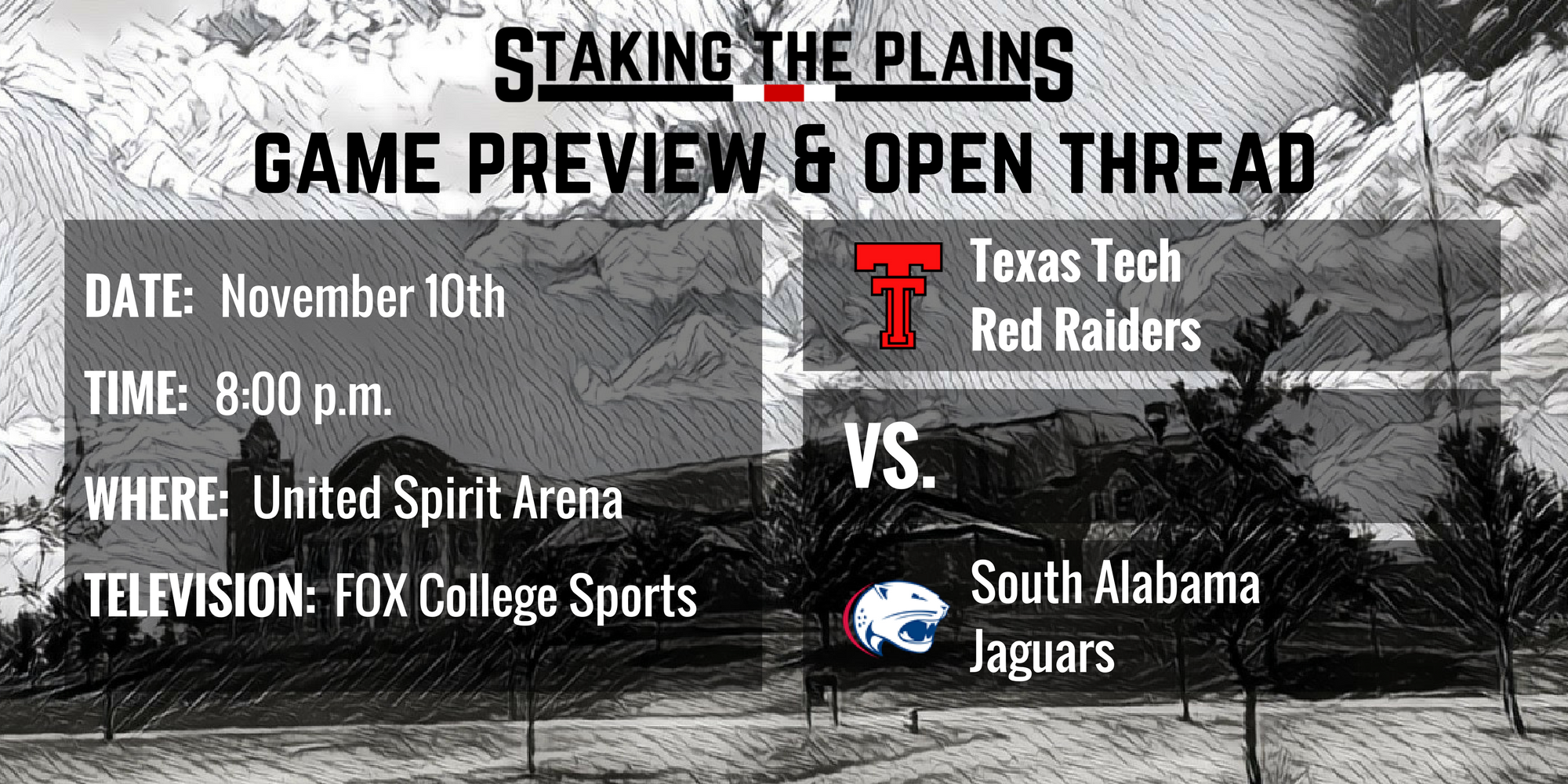 We preview the first game of the year for Texas Tech as they host South Alabama.

2. South Alabama is largely a new team, most of their team from last year is graduated and gone, so maybe the exhibition loss to North Alabama is nothing more than their coach figuring out what they have. The Jaguars obviously have some size up front, Nix is 330 and so it will be interesting to see how Hamilton deals with that in the post. Mitchell likes to put up the three-point shots from the small forward spot, so Gray will need to be on point at the three-spot.

3. This should be a game where Texas Tech just runs the table against South Alabama. This should be a game where the starters get their minutes and put the sucker away pretty quickly and then these other players get some additional time. The new players are probably a bit rusty, but this team is obviously going to rely heavily on guys like Francis, Edwards and Webster along with Odiase in the middle. At some point, I think a second starting five of those four plus someone at the four, maybe Zhaire Smith or Jarrett Culver to guard a big or just switch with Francis could be pretty interesting. Pay no attention to the 6th man through the 13th man stuff, that’s just a placeholder until we get some real minutes in a real game and I typically put the players in order of minutes played, but because there are so many new players, I can’t do that.

4. This game and then the next game on Tuesday, the 14th are part of the 2017 Naismith Meorial Basketball Hall of Fame Tipoff Tournament with Texas Tech playing in Connecticut next weekend at the Mohegan Sun Arena, which is a casino, against Boston College on Saturday and then another opponent on Sunday.

5. Boston College will be one of the tougher pre-conference opponents, but Seton Hall in New York will most likely be the toughest (they are ranked 28th by KenPom) and should be a fantastic game. Here we go.