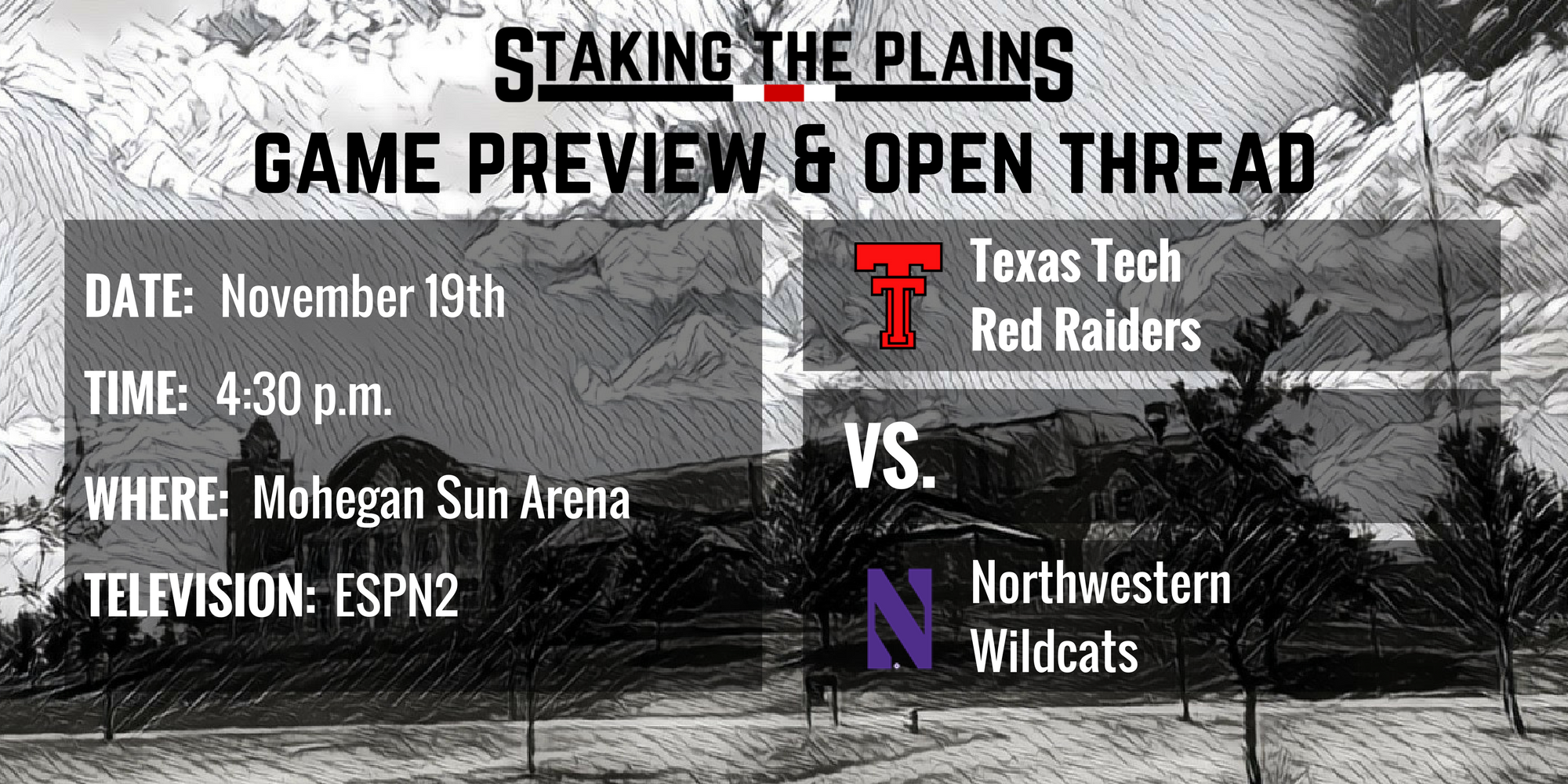 The Red Raiders take on #20 Northwestern.

2. Yesterday’s game appeared to be pretty close for the most part until Texas Tech pulled away late and ended up with an 11 point win over Boston College. Keenan Evans stole the show, couldn’t hit from the three-point line, but was phenomenal in the field (probably on fast-breaks — I didn’t get to see the game, just making an educated guess.

3. Northwestern is ranked #20, so this is a terrific test for Texas Tech. Northwestern appears to be a team that’s got 5 really good players, maybe six and then that’s about all that they play. Meanwhile Texas Tech is the exact opposite as the Red Raiders will play 9-10 players pretty regular minutes. I’ll be interested to see how the depth of Texas Tech plays out over the course of the game.

4. Very nice to see Zach Smith get a bit more offensive, scoring 11 points yesterday, but Smith is adding to the other aspects of the team. Smith is this team’s most complete player. End of sentence. He grabbed 9 rebounds, 3 of them offensive, had 3 assists, 1 steal and 3 blocks.

5. I haven’t had the chance to watch Hamilton play, but the 0-5 stat line bothers me with 0 rebounds in 13 minutes, plus add in 2 turnovers (plus a steal). Texas Tech doesn’t need Hamilton to be an all-star, but he needs to be more consistent than what he’s been and if it’s not scoring, then use that 6’11” frame to contribute otherwise.