Two excellent groups go at each other on Saturday. 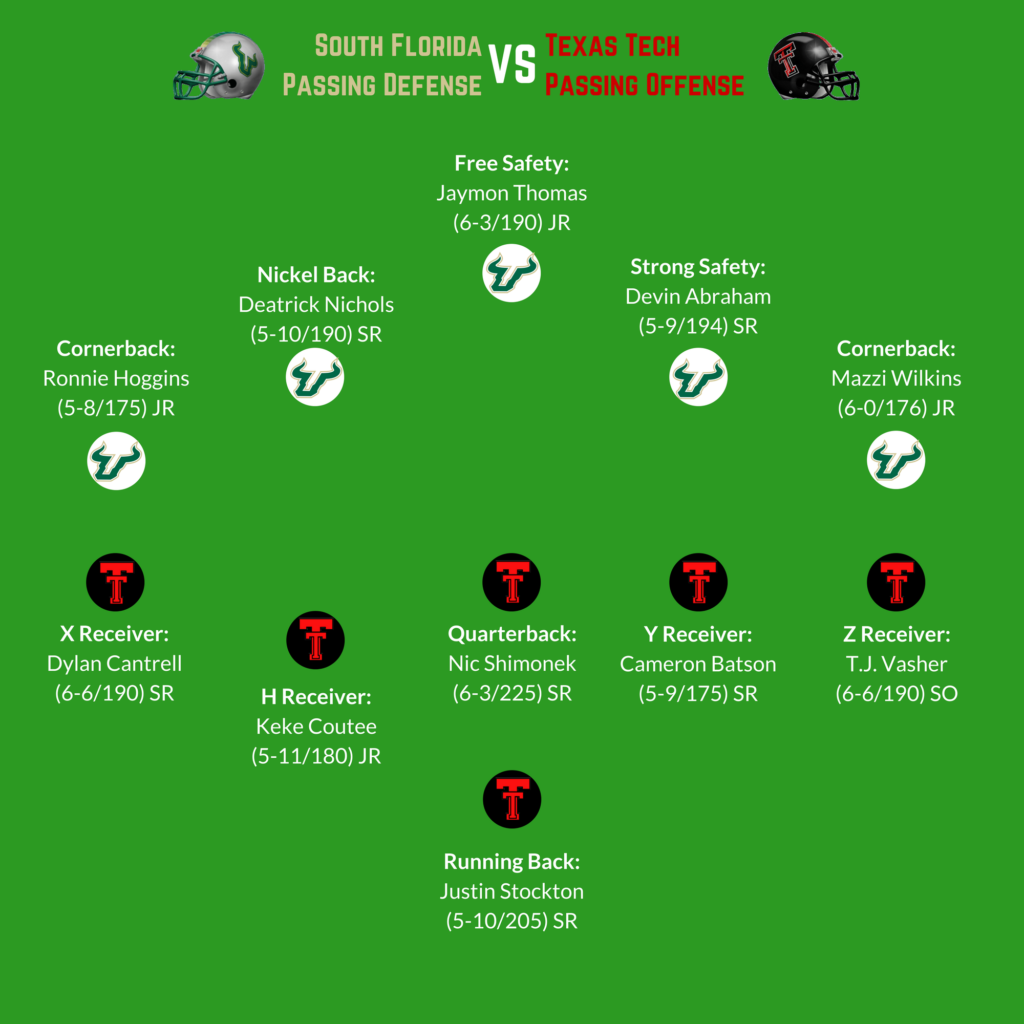 Statistically, Texas Tech was just outside the top 10 in terms of passing offense, 11th overall in the nation and of all things, that probably means that Texas Tech had a *down* year. From an advanced stats perspective, Texas Tech certainly wasn’t elite, ranking 41st in Passing S&P+, 31st in Passing Success Rate and 47th in Passing IsoPPP. This is obviously top third or so for the offense, but it’s not elite and I’d guess that this bothers Kingsbury just a bit.

Shimonek was okay as a senior and I think I expected a slightly better year from him. It wasn’t terrible, but I think I was expecting higher touchdown numbers and in Patrick Mahomes two years, Texas Tech was 1st and 2nd in passing offense. So yeah, this is a bit of a drop.

If anything, I think one of the biggest problems to solve would be the outside receivers. This isnt a knock on Cantrell at all, he was the team’s second most consistent receiver, but until T.J. Vasher was ready, that other wide receiver was a blackhole of unproductivity. I thought Derrick Willies would be fantastic his senior year, but those numbers of 18 catches for 304 yards are a huge disappointment. Vasher did come on quite well late, 24 catches for 461 yards, 5 touchdowns and a 50% catch rate is not bad for half the year for the most part. The catch rate is the biggest aspect for him to work on and I’m totally happy about that.

Cameron Batson is a bit under-appreciated, but he caught 57 of 68 passes for 487 yards, 5 touchdowns, 8.5 yards per catch and 7.2 yards per target with an 83.8% catch rate. Texas Tech hasn’t had a reciver catch over 80% of their passes since Bill Connelly started to post his advanced stats. Hat-tip Cameron.

There isn’t an aspect of the South Florida defense that doesn’t do well in certain aspects and the same can be said for the pass defense. The Bulls are 31st in the nation in defensive back havoc rate, which means those defensive backs are making a decent run at opposing defenses. In terms of overall yards, South Florida is giving up 216 yards a game in the air, which is good for 58th in the nation. From an advanced stats perspective, they are really off the charts good, as they are 14th in Passing S&P+, 6th in passing success rate and 42nd in Passing IsoPPP. So of all of the things that they don’t do well, it’s the big play, but 42nd in Passing IsoPPP is very good.

I don’t know how many real passing offenses that South Florida played and I don’t know how much that makes a difference, maybe East Carolina was a good passing team and Tulsa probably is too as well as Central Florida?

I’ve highlighted the two of the cornerbacks, but there’s a third cornerback, Mazzi Wilkins who starts on the other side and he has a success rate of 50%, which is fantastic and has 3 interceptions and 9 pass break-ups. That’s the thing here, is that South Florida appears to get their hands on the ball and opposing teams did not have tremendous success against the South Florida defenses. They did their job very well. As an aside, the Bulls’ defensive coordinator is a guy named Brian Jean-Mary and he coached with strong at Texas last year, but he played at Appalachian State under jerry Moore, the former Red Raider great.