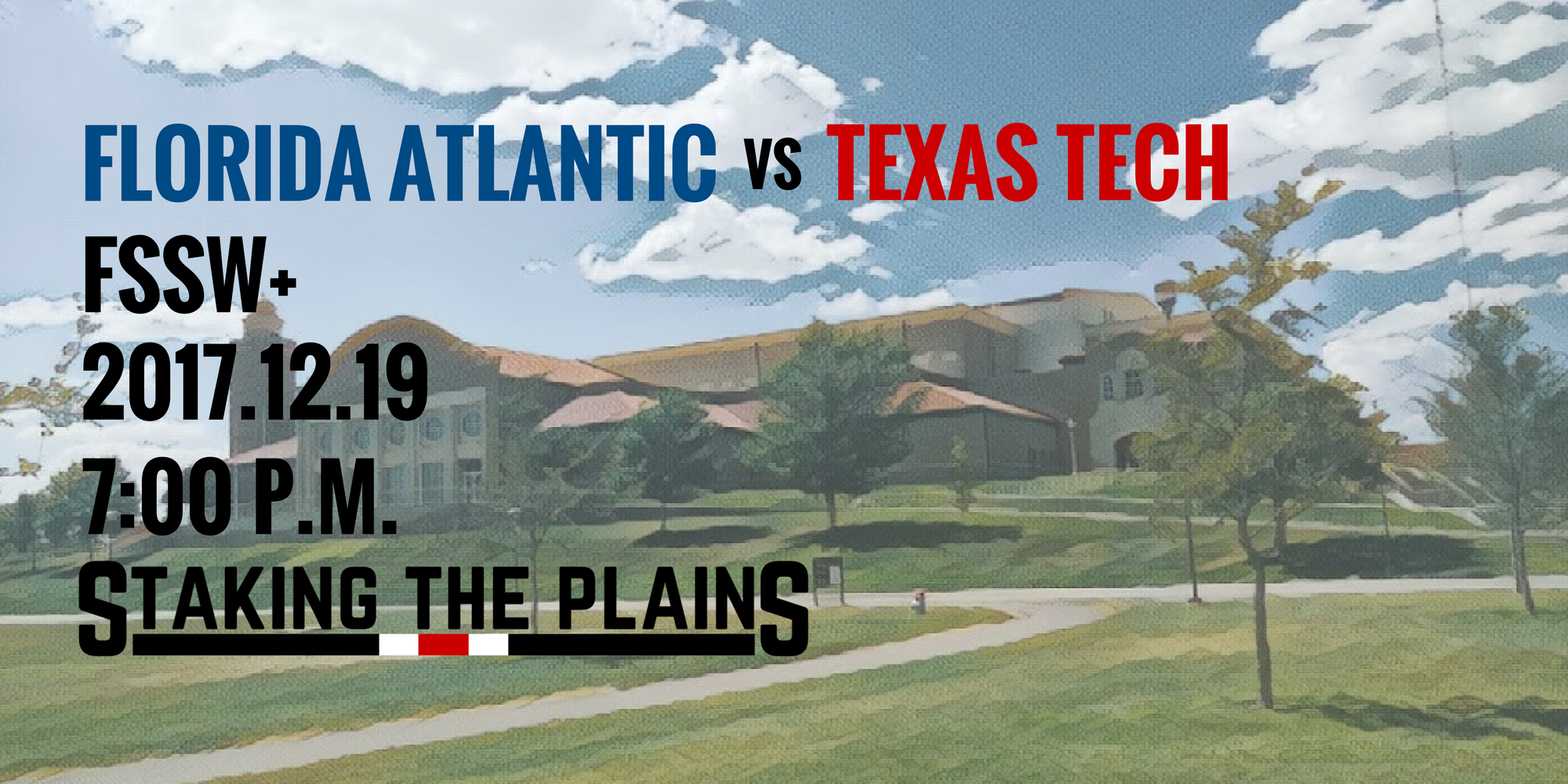 The Red Raiders take on the Owls of Florida Atlantic.

2. FAU is really a less than impressive team, they have wins over Edwart Waters (no idea what this is), Northern Illinois (oaky, that’s not bad) Ave Maria (again, no idea), Bethune-Cookman (meh), Florida Gulf Coast (they used to be really good) and Webber Int (I’ve got nothing). They do have some close losses, by 1 point to South Florida and also by 1 to Arkansas State. Delph may be the toughest problem for Texas Tech as FAU sports a 6’10” and 7’0″ frontcourt, and Delph shoots well enough to be a problem for Hamilton or Odiase.

3. These games where the opponent has been pretty terrible, at least on paper, usually means that my expectations are that Texas Tech should get a 20 point win at a minimum. This always makes me a bit nervous because conference play is a completely different game and it’s that much more intense. I don’t know that there are any ways to really prepare for it other than to actually play tougher conference opponents. Chris Beard said that they are working on the schedule now for next year and they are looking to take the next step.

4. The official site has the official preview and head coach Chris Beard discusses the Owls:

“We have 80 minutes of basketball left before the Christmas break so it’s a two game season,” Texas Tech head coach Chris Beard said. “It starts with a really good Florida Atlantic team. They are a team that’s 6-4 where two of their four losses were by one point each so they are two points away from being 8-2. They have a coach that I have a lot of respect for. Coach Curry was a great player. He played in the NBA, and he’s an outstanding coach. I’ve had the chance to spend some time with him during the summer on the recruiting trail. It’s a game that we knew when we scheduled that it was going to test our team. FAU is a team that is going to compete for their conference championship, and a team that is going to compete for a spot in the 68-team national tournament. We will have to play our best, and I think our players understand that. It’s just another game that is going to be tough for us.”

5. A-J Media’s Carlos Silva, Jr. previews the game as well and focuses on Davide Moretti’s play as a freshman:

Once again, Moretti settled in behind the three-point line and knocked in another trey to give the Red Raiders the 24-22 lead before Texas Tech enjoyed a 29-25 advantage at halftime.

“I’m trying to get ready whenever my teammates pass me the ball,” said Moretti, whose 3-point shooting provides 68 percent of his offense (36 of his 53 total points). “I know that I can really help my team with my 3-point shot. I’m working a lot before, after practice every day because I know that I have to get ready for that.”