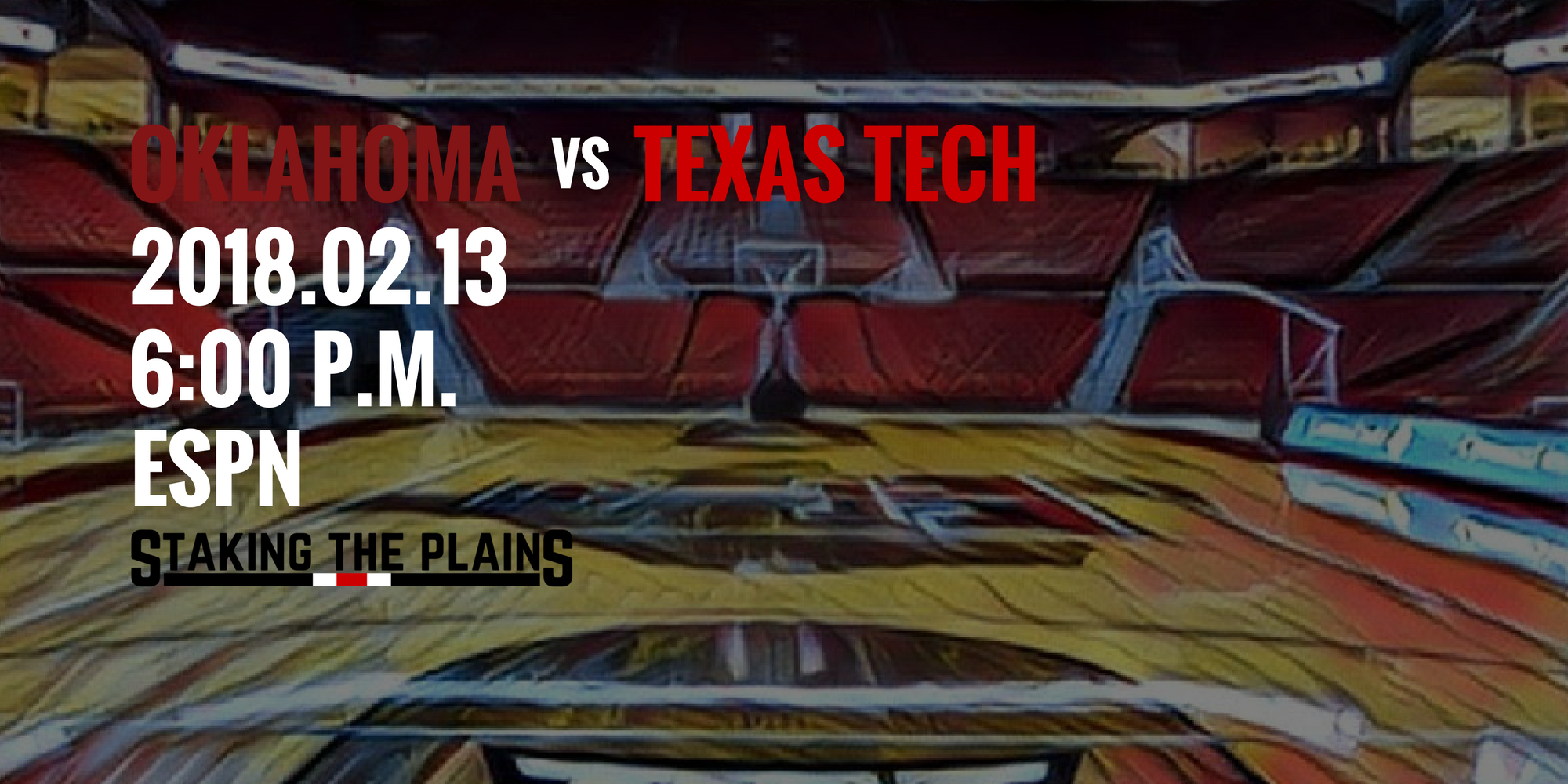 The Red Raiders host the Sooners.

2. Stats. Via RealGM, the Sooners hold slight statistical advantages over Texas Tech in eFG% shooting percentage, 55% to 53%. The Red Raiders hold slight leads over Oklahoma in offensive rebounding percentage, 32% to 29%, and free throw rate, 28% to 25%. Both teams turn the ball over at a rate of 15%.

3. Scouting. The Sooners come in losing 3 in a row, and truthfully, it was nearly 5 in a row had they not pulled out a 2 point in against Baylor in Norman. They hit their high point with a 5 point win against Kansas in Norman, but since losing to Alabama in the SEC / Big 12 Challenge, the Sooners have somewhat been a close game funk. A 5 point loss to Texas in Austin, a 2 point loss at home to west Virginia and then Oklahoma lost by 8 in Hilton against Iowa State. The biggest difference for the Sooners is that they’re a different team on the road and so is Young, who was not the leading scorer against Alabama (only 6 of 17), then scored 44 at home against Baylor(was 11 of 20), then only scored 19 in Austin (7 of 22), scored 32 at home against West Virginia (10 of 20), and then only had 22 against Iowa State on the road (7 of 21). The Sooners are only 3-7 on the road this year and that’s been the problem for just about every Big 12 team. Winning on the road is tough. The last game around, Texas Tech had problems with OU’s athleticism and length, but I also think that was about the time that Zach had gone down and the team was really figuring out how to play against really athletic teams without Zach. Thus far, Texas Tech has adjusted pretty well to that length and athleticism, especially at home.

5. Official Site. The official site has your official preview and head coach Chris Beard discusses how much he respects the Sooners:

“We have a lot of respect for Oklahoma’s program,” Texas Tech head coach Chris Beard said. “It starts with Coach Kruger, somebody who has won wherever he has ever been. He’s basically built a national level program at Oklahoma. They went to the Final Four a couple of years ago and are right back in the mix. They have a talented roster. Obviously, Trae Young gets a lot of credit which he deserves, but they also have other really good players on their roster. They beat us convincingly in our first game in Norman. There are a lot of things that we need to do better to have a chance to compete in this game tomorrow night. That’s our intention, to play well.”