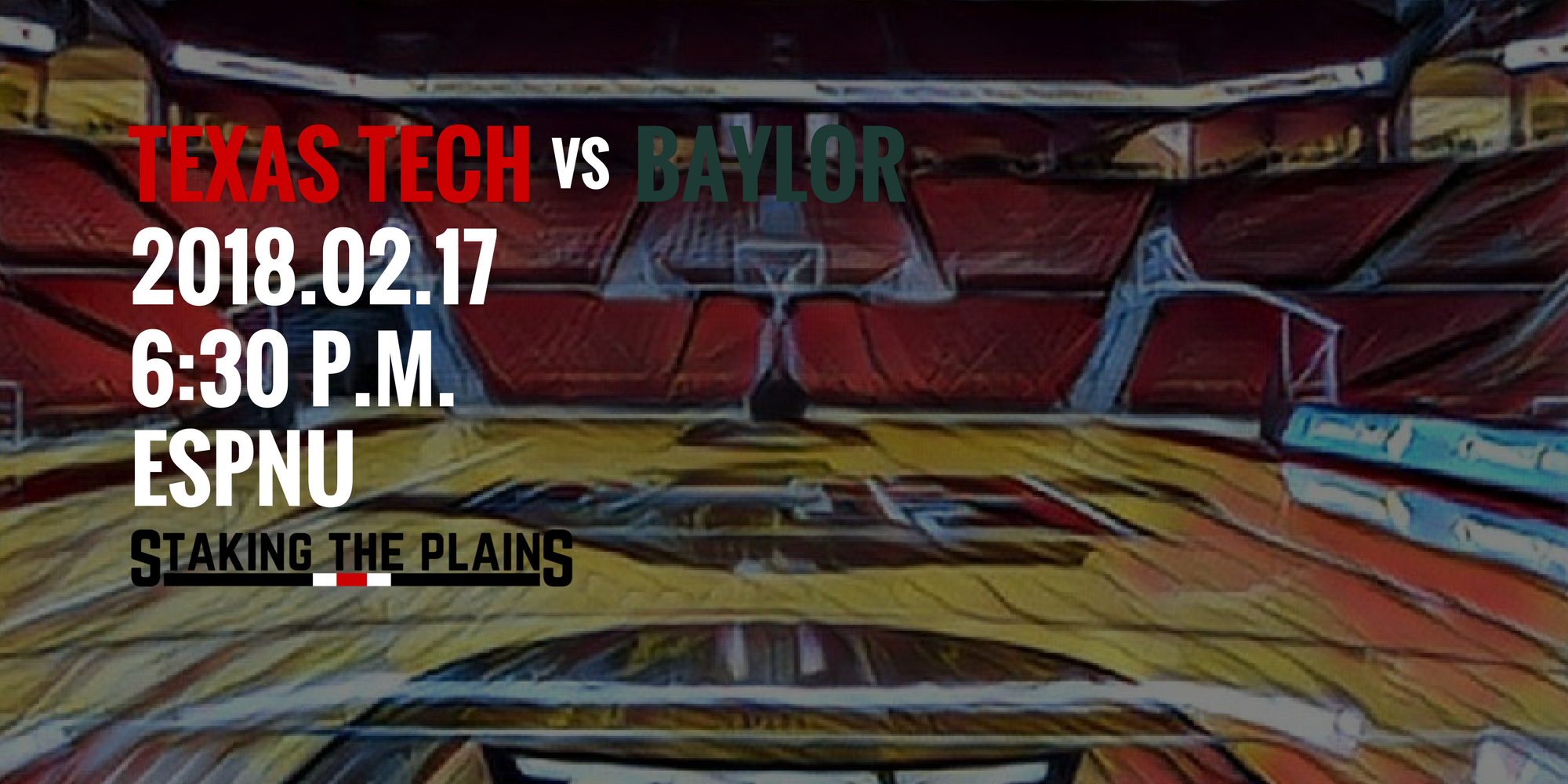 The Red Raiders travel to WAco to take on the Bears.

2. Stats. Via RealGM, both teams shoot almost exactly the same, 53% eFG%, while Baylor has a slight advantage in offensive rebounding, 35% to 32% for Texas Tech. The Red Raiders get to the line significantly more as Texas Tech gets there 28% of the time compared to 22% for Baylor. Both teams are about same in terms of turning the ball over, Baylor is at 16% and Texas Tech is at 15%.

3. Scouting. Baylor is a pretty good team and you’re probably not going to believe me. The Bears went through a rough patch, losing 4 in a row to Kansas, Kansas State, Florida and Oklahoma, but they’ve really corrected things with a dominating win at home over Iowa State, a good win against Oklahoma State on the road, a dominating win at home against Kansas, and a 1 point win earlier this week on the road against Texas. The Bears have a frontcourt that simply doesn’t stop and they’ve gotten significantly more production from Maston and Lecomte has been playing lights out. Baylor is just so danged long and athletic and there are few teams that can match that length.

“It’s going to be a difficult game for us on Saturday,” Texas Tech head coach Chris Beard said. “Baylor is playing great. They’ve won four straight games in our conference. I’ve always had a lot of respect for Coach Drew. He’s been great to me my whole career. It started when I was an assistant here for Coach (Bob & Pat) Knight. The story of how he built that program up to the point of where it is at now with a NCAA Tournament spot every year and NBA players. That story speaks for itself. I think this is just the next chapter in the Baylor story. They are another great team this year that has persevered through some injuries. They are playing great basketball now in February when it matters most. We know we are going to have to play well to have a chance in this game. We have a lot of respect for Coach Drew, Jerome (Tang) and all of those guys. Obviously, they have great players.”