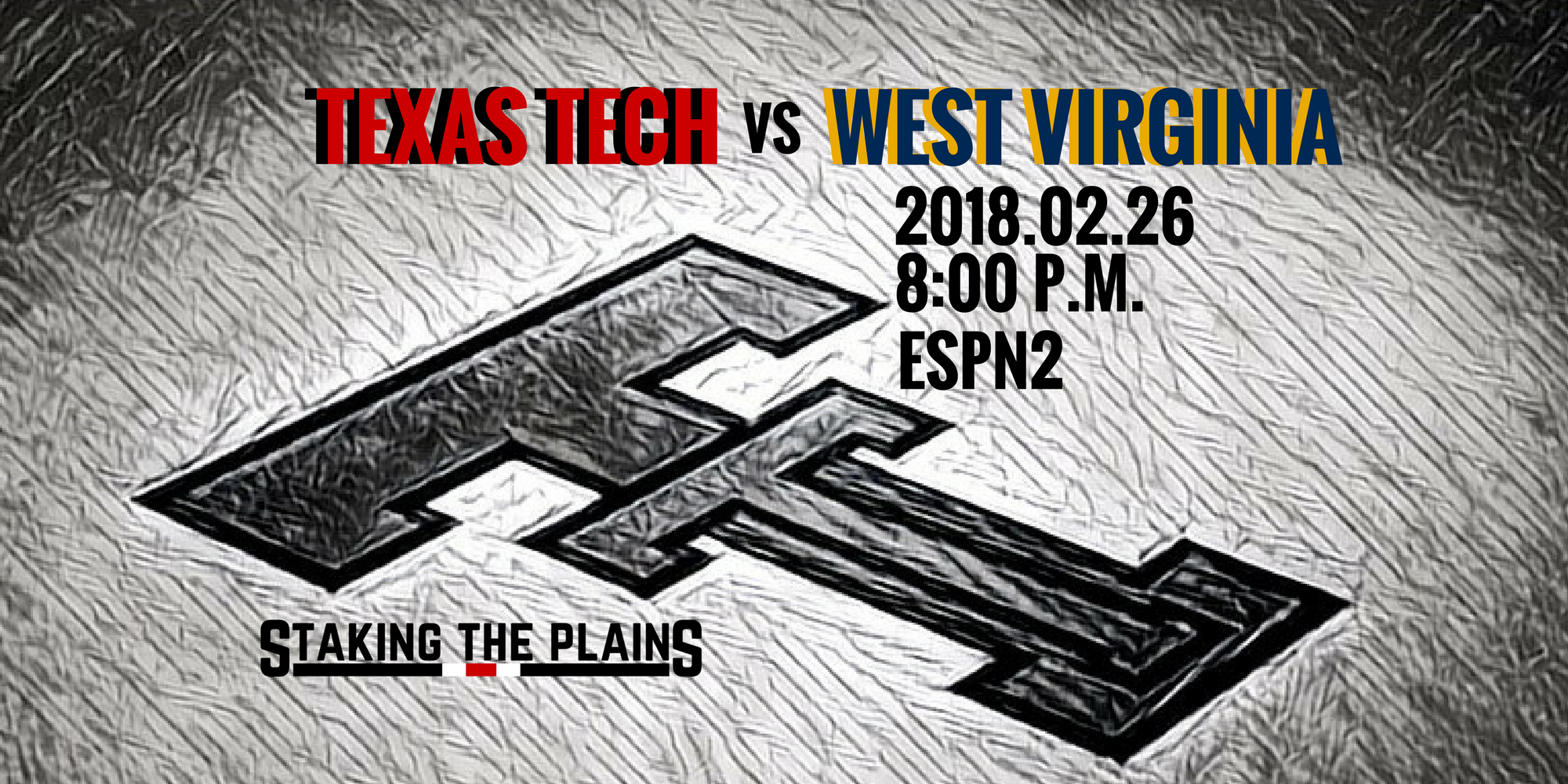 The Red Raiders are in Morgantown to take on West Virginia.

1. KenPom. KenPom has the Mountaineers as the 12th best team in the nation, 16th in AdjO and 21st in AdjD. While Texas Tech is 57th in AdjO and still 3rd in AdjD.

2. Stats. Via RealGM, Texas Tech is a slightly better shooting team, 51% for West Virginia and 53% for Texas Tech. The Mountaineers are a better offensive rebounding team, as the collect 37% of offensive boards compared to 33% for the Red Raiders, but Texas Tech gets to the line more, 28% to 24% for West Virginia. And as you might imagine, turnovers will be a big deal in Morgantown as WVU only turns the ball over 14% compard to 16% for Texas Tech.

3. Scouting. West Virginia has the least deep team that I can recall, but that starting five is outstanding and with Ahmad’s return, they’re really good. But . . . the return of Zach Smith helps in this department because that’s a big body that Texas Tech hasn’t had in a long time and is a perfect compliment to Ahmad. That’s not to say that we should expect Zach to stop Ahmad, but that’s a really good match-up that I can live with. Carter is really the guy that makes this team go and before the Kansas game, Is aid that Devonte Graham and Evans deserved Big 12 Player of the Year honors, and Carter should be included in that too. He’s not as dynamic as Graham and I think Evans is a better scorer, but Cater is just so good and he controls the game like a point guard should. He averages nearly 3 steals a game and he’s just so tough to stop. I think for Texas Tech, they’re not going to be as challenged defensively because I don’t think that WVU has the shooters that Oklahoma State and Kansas did. The rotations should be a bit easier and that should make the defense play a bit better. The problem is that SVU is likely to be highly motivated on Senior Night and wanting to extract a little revenge for the earlier meeting.

5. Official Site. The official site has your official preview and there’s no quote from head coach Chris Beard, probably due to the short turnaround from the Kansas game to hitting the road to go to Morgantown.

Texas Tech (22-7, 10-6 Big 12) will look to stop a season’s long three-game winning streak. The three setbacks have come by a combined 12 points which includes a 74-72 decision to No. 8 Kansas last time out. The Red Raiders and Mountaineers (21-8, 10-6 Big 12) are deadlocked for second place in the Big 12 standings heading into the final week of the regular season and one game ahead of Kansas State.

Texas Tech will play its seventh ranked vs. ranked matchup on the season. The Red Raiders have won four of the six decisions on the season which includes a 72-71 victory over then No. 2 West Virginia back on Jan. 13.