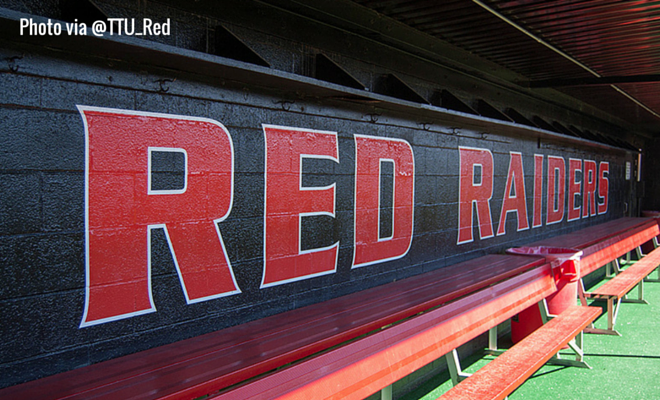 We’re to try and figure out a plan on how to replace Steven Gingery. Plus a look at how Texas Tech and the Big 12 did last week.

Before we get through the ups and downs of the past week, let’s discuss the plan for Texas Tech to replace Steven Gingery.

The answer? You’re not going to replace him. Unless a pitcher on this staff makes monumental strides from last season, you can’t replace an All-American player. But you can try and use multiple players to replace Gingery’s and the team’s production.

In the now famous Moneyball (written by Michael Lewis, who also famously wrote The Blind Side), Oakland Athletics general manager Billy Beane has to find out how to replace all-stars Jason Giambi, Johnny Damon and Olmedo Saenz. Instead of trying to replace the single production of Giambi, he combined all three batters he needed to replace, averaged them out, and replaced them that way.

Now this isn’t exactly the same because Tech plays at the college level and we are replacing a pitcher, but it’s a similar concept. You don’t have to replace Gingery’s average 6 IP and 1 ER per start with one player, you can replace him (and the finishing numbers from his start) with multiple players. Here’s what Gingery did last year, and here’s how each game ended:

That’s a 1.59 ERA for Gingery and 2.33 ERA for the Red Raiders in his starts. To replace these stats, first off, we’re going to need Lanning or Shetter (whoever takes over the Sunday starter job) to go at least four, five or maybe six strong innings. Although it would be nice for them to go longer, if Tech can get to the halfway point of the game, that’s fine enough.

Then we’ll need another longer reliever get late into the game before the bullpen takes over. Ty Harpenau and Dylan Dusek did a great job taking over Gingery after his injury, and perhaps John Henry Gonzalez or Caleb Kilian could be in that role as well. Finally, the bullpen can do what they usually do, with either Jose Quezada, Caleb Freeman or another arm takes over.

This is a lot like replacing Davis Martin last year, but on a larger scale because of Gingery’s production in 2017. Although last year Tech didn’t have the depth of potential pitchers like it does this season. Texas Tech’s season isn’t over because of this injury.

Sorry for my nerdy plan, let’s review how Texas Tech did in the past week with the Ladders and Chutes. Should be noted I was only able to watch Tuesday’s game against NMST, so the UTSA are reviews are based off radio announcers and stats. This review does not include the UTRGV game:

Once again, if you have questions, please don’t hesitate to ask.