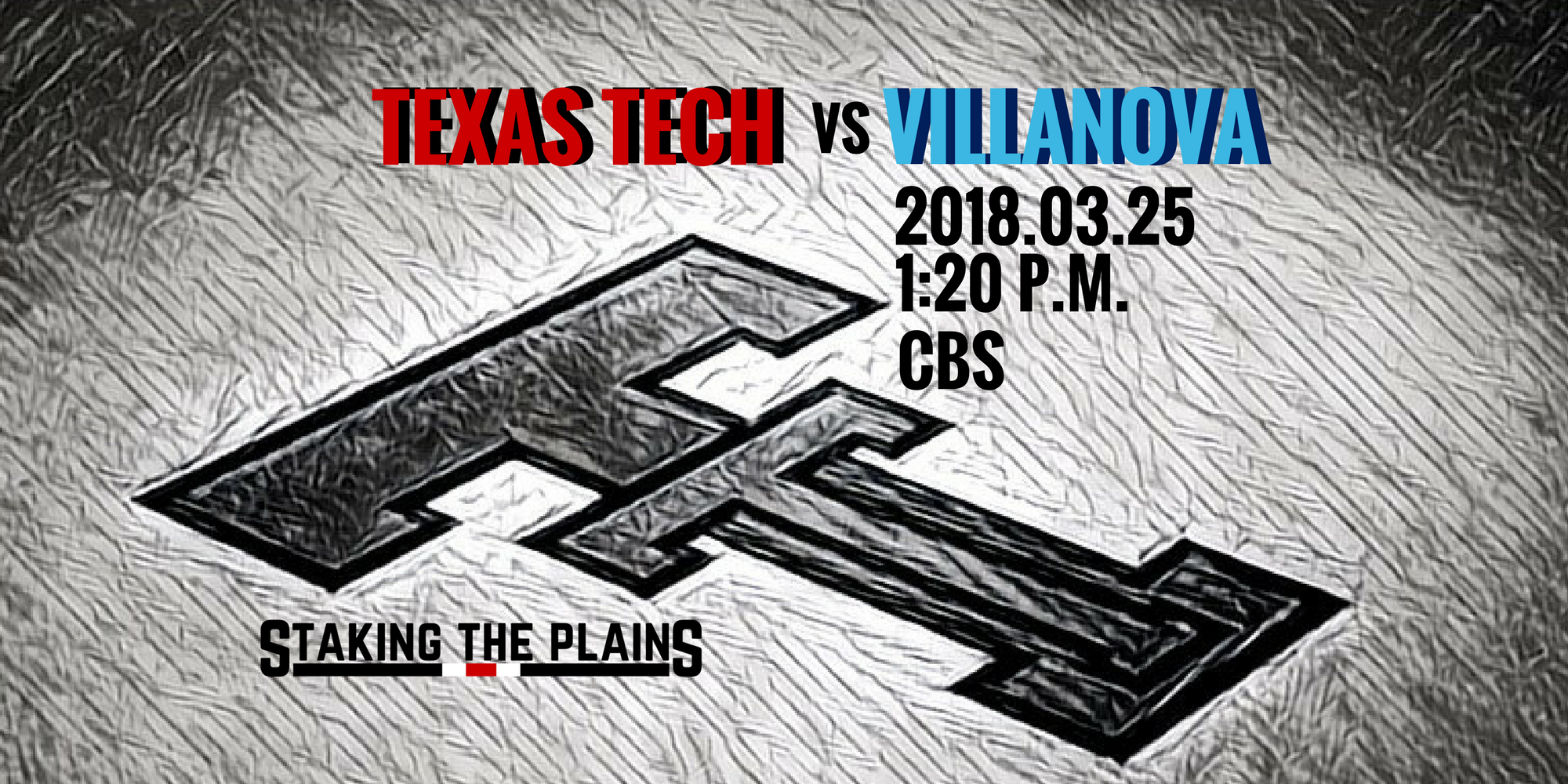 The Red Raiders face off against the Wildcats.

1. KenPom. KenPom has Virginia as the 1st ranked team, 1st in AdjO and 14th in AdjO, while Texas Tech has actually moved up a couple of spots, 46th in AdjO and 4th in AdjD.

3. Scouting. Brunson is an elite offensive player, but Bridges, CiVincenzo, Paschall and Spellman are all very good too. In fact, Spellman may be the best offensive player and he’s not even close to the leading scorers, those thing Brunson and Bridges who are at the top. I mentioned this in a text to a friend, but the key here for Texas Tech is the health of Zach Smith, who literally changes the defensive dynamics of the team and to a certain extent changes the offense as well. After Villanova’s game, they mentioned that Spellman is a stretch-five, a center that can step ou tand hit the three-point shot, which he can and does at a 44% rate. I think you’d maybe see someone like Gray trying to cover Spellman, and he may still do so, but with Smith covering Spellman, the mismatches, either on the perimeter or inside is much, much less. You’ll still see Zhaire guard guys that he probably shouldn’t, but that’s the way that this team has operated for the entire year. Offensively, Texas Tech will need to have their best offensive game of the year to beat Villanova.

“I told the guys, when you continue to advance in the Tournament, you’re just going to continue to play the best teams in the country,” Texas Tech head coach Chris Beard said. “That’s certainly our opinion of Villanova. Just being a basketball guy, they’re a team I’m familiar with because I try to watch them whenever they’re on TV at night. Just love the way they play. A lot of things we do defensively, we’ve taken from Villanova, in terms of switching and playing versatile players. We have nothing but respect for their program, their talent level, and their coach. In our eyes, we’re going to have to play our best 40 minutes of the season to advance, and that’s our objective.”