We take a look at the state of the Big 12 and Tech’s chances to win a third straight title. Plus a review of last week and some tidbits.

A couple weeks ago, we did an overall mid-season review of Texas Tech. Perhaps I was a little harsh (the team had only lost about seven games or so), but that’s only because of the slow Big 12 start and the fact we have such high expectations for this team.

But now were going to look at the Big 12 as a whole and where the Red Raiders fit in the big picture. Last weekend was wild and gave Texas Tech a path to their third consecutive title if they play the way they can.

First off, since we’re talking about the Big 12, here are the standings at about the halfway point of the season:

I think the biggest surprise is to see both Oklahoma schools at the top. It was a popular thought that Oklahoma was among the top four teams in the conference, but most probably see them leading the pack at this point. Tech needed Texas to beat them this weekend to stay in reach, which they did (thank you Longhorns).

Even more of a surprise is their rival; Oklahoma State. They were a picked T-6th in the preseason by the Big 12 (5th by myself, but in my defense I had them as the sleeper team). Now by going 5-1 over West Virginia and Kansas State, and sweeping TCU, they see themselves at the top.

The most disappointing team has to the be TCU as this point. They rebounded a little bit with a 2-0 series win over Kansas, but were swept by Oklahoma State and lost to Oklahoma earlier in the season. They have a shot at the title, but they need a lot of help to do so with series against two of the top four teams already over.

I believe the team in the best position right now is the Longhorns, who have one more loss than the Oklahoma teams and have played one more series. They have a tough visit to Lubbock (which may determine the title), but they do get on of the worst teams in West Virginia and host TCU at home.

The Red Raiders are control of their own destiny. This upcoming weekend, they play Oklahoma at home, perhaps maybe not as confident after a series loss against the Horns at home. If Tech can win two out of three, they’ll be “tied” with Oklahoma and have a chance to be second to UT after the weekend.

After that, they play TCU in Fort Worth, which surprisingly Tech has won every series there since they entered the Big 12. They have a 8-7 conference record against them. Then they host a very important series against Texas before traveling to Oklahoma State to end the season.

The path will be difficult for Tech, but you can’t ask for much more than to control the Big 12 with your teams play. They also appear confident after four blowouts and five wins in the last six conference games and finally have their final starter in place thanks to the pitching of Caleb Kilian.

Now let’s do our Ladders and Chutes from this past weekend. There aren’t a whole lot of chutes, but that’s what happens when you defeated a conference opponent 56 to freaking 16 in aggregate. 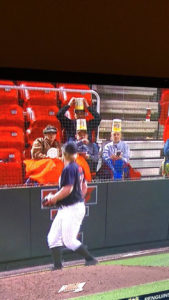