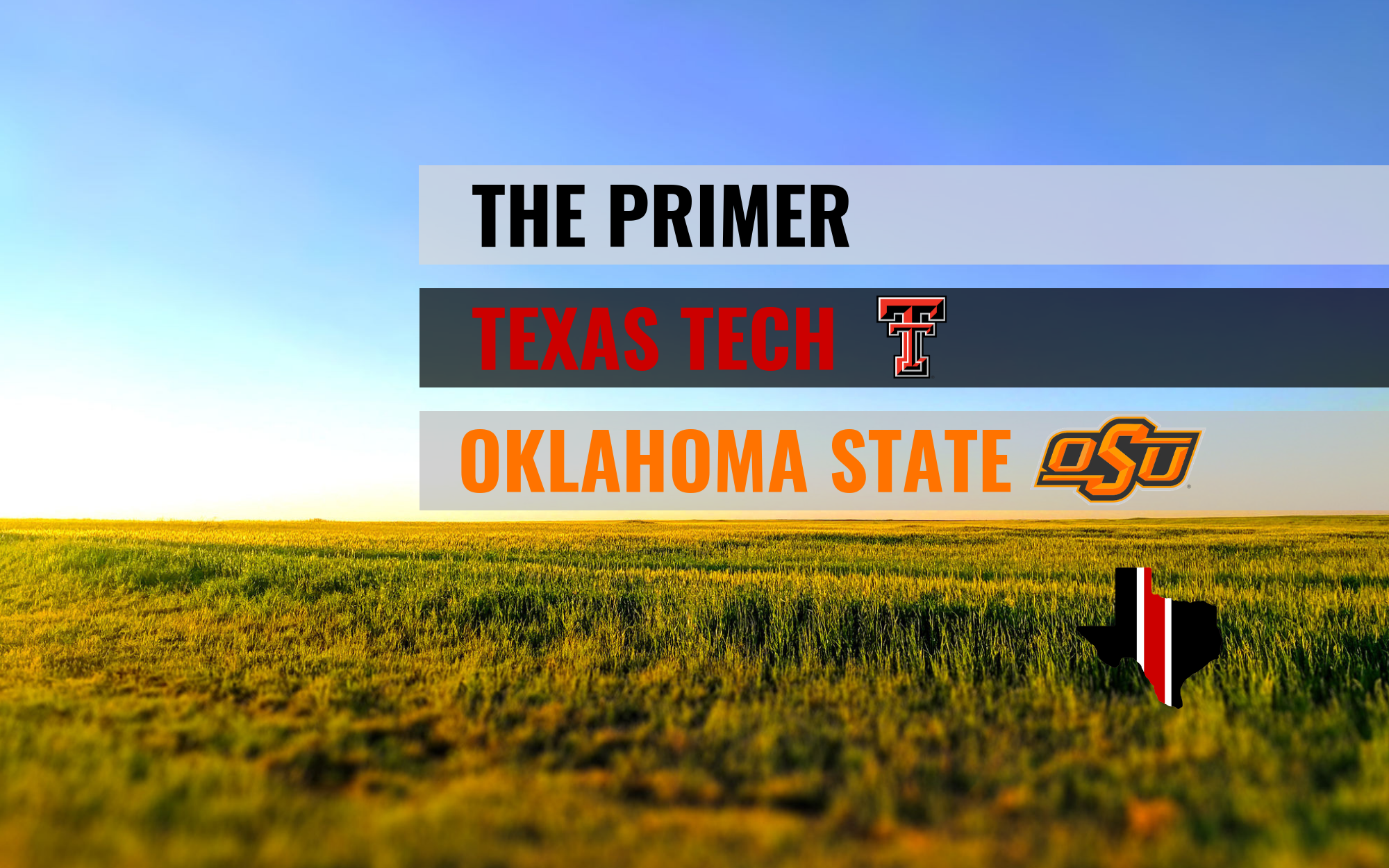 The Red Raiders hit the road.

1. Has Oklahoma State played anybody?

Two no’s (Southwest Missouri State and South Alabama) and one yes (Boise State). The Cowboys opened the season against Southwest Missouri State and won 58-17 and then they defeated South Alabama, 55-13. That’s two very easy games to open the season and most likely, the Cowboys didn’t learn much of anything about their team. Before the Boise State game, Oklahoma State boasted that they had top 10 offense and defense ratings and well, anything less than that with that schedule would be a disappointment.

Against the two cupcakes, OSU ran for 431 yards against SWMS on 54 carries and passed for a shade over 300, and only allowed 260 total yards. Against South Alabama, they passed for 453 yards and ran for just 164, while the defense limited the Jaguars to just 214 total yards. Against Boise State, the Cowboys clobbered the Broncos, 44-21 and that score was maybe less close than it appeared. OSU rushed for 176 yards on 38 carries and threw for 246, while only allowing 34 rushing yards on 31 carries and allowing 380 passing yards, but they were largely inconsequential.

2. Who should we watch on Oklahoma State’s offense?

Justice Hill (5-10/190) is Oklahoma State’s best player, hand’s down. A powerful and fast running back that’s been incredibly productive for Oklahoma State running for 262 yards on 33 carries for 7.9 yards per carry with 4 touchdowns. Yurich and Gundy choose former walk-on Taylor Cornelius (6-6/232) as the quarterback, somewhat like Nic Shimonek for Texas Tech last year and he’s passed for 971 yards for about 15 yards per attempt (that’s pretty great) with 7 touchdowns and just 3 interceptions. Oh, and I noticed that Cornelius has 129 rushing yards on the season for 7.2 yards per carry, and I’m guessing that he can run just a bit so that’s something to watch out for. Tylan Wallace (6-0/185), Dillon Stoner (6-0/198), and Jalen McCleskey (5-10/170) are the main receiving threats. Wallace leads the way with 19 catches for 319 yards and 2 touchdowns. Stoner had a terrific game last week and overall has 13 catches for 151 yards and a touchdown and McCleskey has 11 catches for 103 yards and 2 touchdowns. Former 4-star receiver Tyron Johnson (6-1/193) has 8 catches on the year for 185 yards, so he’s quite the deep threat (over 23 yards a catch).

3. What’s up with that Cowboy defense?

Linebacker Calvin Bundage (6-2/215) is sort of their Dakota Allen, a do-it-all linebacker who has been really productive thus far and has 21.5 tackles, 4, tackles for a loss, 1.5 sacks, and 6.5 run stuffs. Justin Phillips (6-0/230) has been very good as well. Along the line, Jordan Brailford has been outstanding, already getting 6.5 sacks on the year and has pretty pretty dominant as a pass rusher. And that’s probably Oklahoma State’s biggest threat is their ability to get to the passer, I think they lead the NCAA’s with 16 sacks on the year, so the offensive line will have their hands full.

4. Can Texas Tech win in Stillwater?

5. Any ideas as to how to pull off the upset?

Well, I probably need more time to ponder this, but my initial reaction is to continue to do what’s been happening, which is don’t turn the ball over and be opportunistic on defense. Not getting a turnover wasn’t fun last week, but it wasn’t a problem as the Red Raiders did a decent job of getting Houston off the field, especially in the second half. Oh, and I think the offensive line will have their work cut out for them, and Bowman will need to be pretty quick to make decisions.