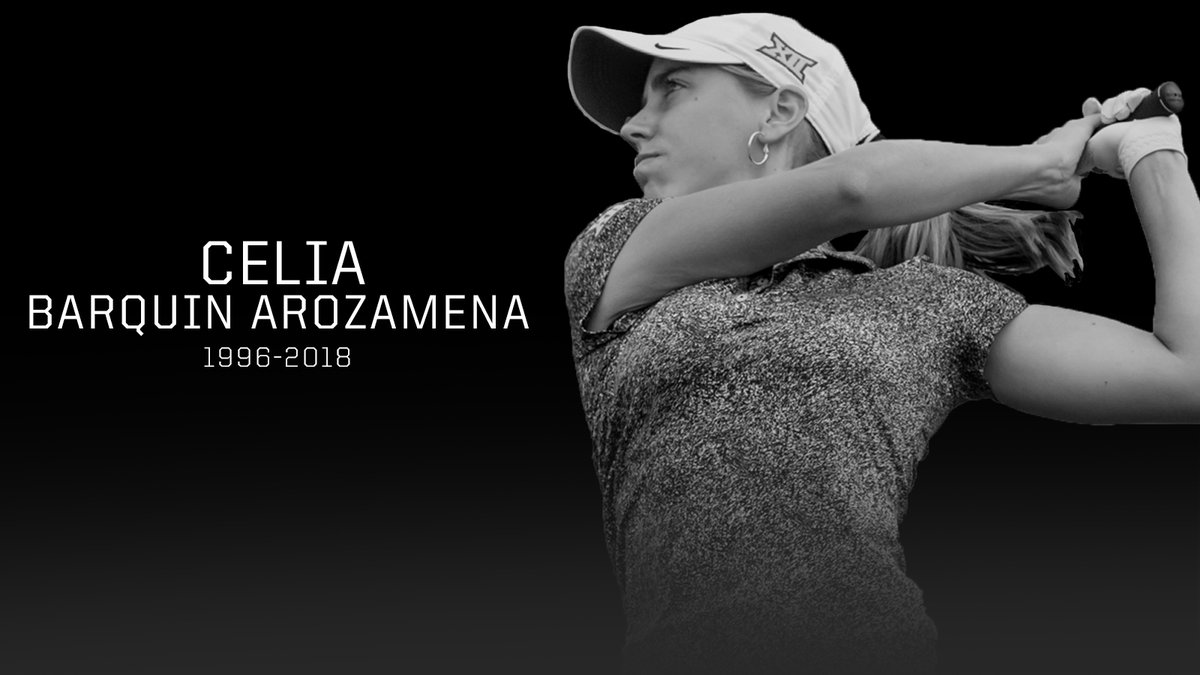 One of the beautiful things about college athletics is how close we all feel to the athletes and programs we support. We have the opportunity to watch players form relationships with each other, coaches, and staff. Often as fans, we too have the opportunity to build relationships with players and their families sitting in the stands around us. This is a wonderful aspect of collegiate sports and one of the reasons we build strong emotional connections with our teams. But in turn, when tragedy strikes we feel those losses along with our teams, and even with those against whom we compete.

On Monday morning, former Iowa State University golfer Celia Barquin Arozamena was found murdered on an Ames golf course. Barquin Arozamena, a native of Puente San Miguel, Spain, was recently named Iowa State Athletics’ Female Athlete of the Year after advancing to her fourth straight NCAA Regional. She exhausted her eligibility after last season and returned to Iowa State to complete her civil engineering degree. In July she won the European Ladies’ Amateur championship, shooting a course-record 63 at Slovakia’s Penati Golf Resort in the third round. Barquin Arozamena also qualified for the U.S. Women’s Open in Alabama, one of the LPGA’s majors.

The world of collegiate athletics is smaller than many may realize and for those of us that follow and write about Big 12 sports, we feel a connection to the students that make our own fandom possible. Regardless of team affiliation, all fans should feel ongoing appreciation for any student-athlete that dedicates their time and talents to represent their own alma mater for little more than the love of their game. By all accounts, Celia was the embodiment of that kind of dedication, serving as an outstanding ambassador for the Cyclones across the globe.

While we did not know Celia, the Staking the Plains staff joins with Texas Tech Athletics in extending our deepest condolences to the Iowa State Cyclone family during an incredibly difficult time. We mourn with you over the loss of an exceptional young woman.

To everyone in the @CycloneATH family, and the loved ones of Celia Barquin Arozamena, our hearts are with you during this incredibly difficult time. pic.twitter.com/t56QSdFd8t