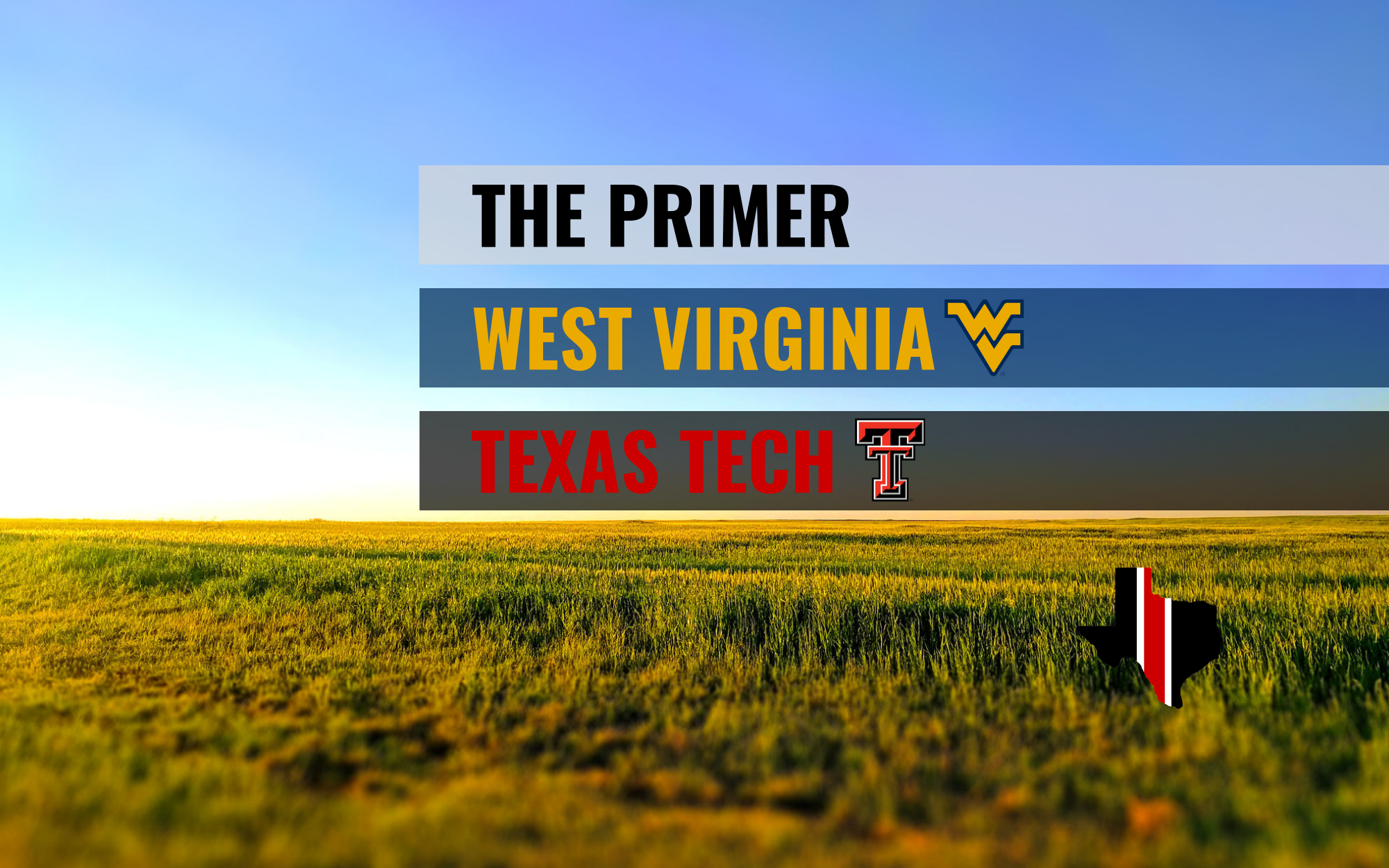 The ‘Eers travel to Lubbock.

1. Why has West Virginia only played 3 games, are they afraid of football?

Ha. Ha. Ha. No, they’re not afraid of football, but they did have their final non-conference game against NC State cancelled as a result of Hurricane Florence. The Mountaineers scheduled Tennessee the first rattle out of the box in Charlotte, North Carolina, and absolutely crushed them, 40-14. Welcome to football Jeremy Pruitt. Up next, the Mountaineers played the Fighting Pelini’s of Youngstown State and whipped up on them at home, 52-17. The canceled game against NC State meant that their last game was last week against Kansas State and absolutely crushed the Wildcats 35-6. K-State essentially got de-pantsed.

2. Can you make Will Grier and David Sills leave please?

No, they’re going to be in Lubbock, so no dice. Will Grier has a quarterback rating of 215, and he’s completed 75% of his passes for 1,117 yards, 14 touchdowns and 3 interceptions, while averaging 372 yards a game through the air. That’s pretty dominant by any account. And go ahead and add in a guy named Marcus Simms in addition to Sills because he’s been the most explosive receiver thus far, 15 catches for 295 yards, good for 20 yards per catch. Sills has 19 catches for 246 yards and 5 touchdowns, good for 13 yards a catch. And add in Gary Jennings because he’s got 15 catches as well for 241 yards and 4 touchdowns. That’s your 3 best West Virginia receivers. It is running back by committee, Leddie Brown (31 attempts and 171 yards), Kennedy McKoy (27 attempts and 170 yards) and Martell Pettaway (27 attempts and 153 yards) have all shared in the bulk of the carries.

3. I thought the West Virginia defense was supposed to be terrible, why isn’t it?

Yeah, this may also be one of those small sample size sort of things and West Virginia not exactly playing a really tough opponent. There’s a lot we kinda don’t know, but I’d imagine we’ll find out on Saturday. David Long has been outstanding, credited with 32 tackles, 5.5 tackles for a loss and 2 sacks. Fellow linebacker Dylan Tonkery has 13 tackles and 4 tackles for a loss. I think it is twin brothers, Darius Stills and Dante Stills, both in the 300 pound neighborhood are both part of that WVU pass rush and 3.5 tackles for a loss.

4. What’s been the key to the Eeers’ success thus far?

This is going to sound really bitter, but playing teams that are not very good probably has quite a bit to do with it. We’re finding out that Tennessee is simply not good at football this year, and Youngstown State is, well, Youngstown State. Kansas State is struggling mightily on offense and so maybe WVU is a lot like Oklahoma State last week in that their stats are maybe a bit inflated by the fact that they haven’t played a tough opponent thus far.

5. What will be for breakfast?

Look, we can argue plenty about burritos vs. tacos, but maybe we can all come together and have the chorizo and jalapeno breakfast pizza from Homesick Texan (hat-tip to Brian for bringing this site to my attention).